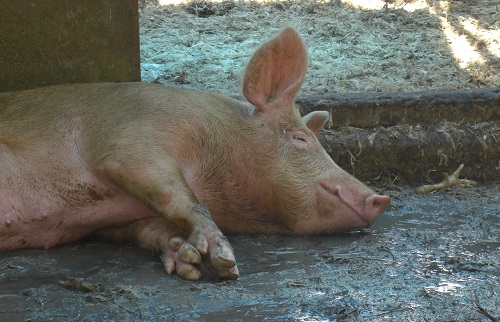 The Labour Party's slamming the new Government Housing Affordability Measure (HAM) and says former Housing Minister and current Building and Construction Minister Nick Smith "has made a pig’s ear out of housing, once again".

"Five years in the making, and HAM is another Nick Smith stuff-up. The interest rate used is wrong, the data is two years out of date, and the model entirely ignores the need to save for a deposit. Nick Smith was told that HAM was wrong; he released it anyway to try to score a political point. That has backfired spectacularly," Labour's Housing Spokesperson Phil Twyford said.

RNZ reported on Monday that HAM's producer, the Ministry of Business, Innovation and Employment (MBIE), ignored advice from the Reserve Bank, making houses appear more affordable than they are.

HAM, which took five years to develop and apparently had a troubled and delayed birth, was released last month, with MBIE saying it was the end result of a "robust" process. The initial report assessed housing affordability between March 2003 to June 2015.

But according to RBNZ emails to MBIE, and seen by RNZ, the Reserve Bank warned it should be using a higher mortgage lending rate in its calculations. The Reserve Bank said it was discontinuing its effective mortgage rate series, which MBIE was using in the measure, and "this probably wasn't the best measure to be using anyway". RBNZ has introduced several new sets of statistics recently including this one on new residential mortgage interest rates.

Interest.co.nz made a rough comparison of the figures, comparing the 'effective' mortgage interest rate on existing mortgages with that on new mortgages, and this shows that the mortgage costs taken into the HAM calculations could be about one whole percentage point light - which is considerable.

Twyford said a measure of home affordability that assumes home buyers get a 100% 30-year mortgage at a rate well below what any first home buyer can get "is completely out of touch with reality".

"National’s decision to knowingly release a flawed Housing Affordability Measure that underestimates the cost of housing is the latest evidence of their housing crisis denial."

Well not surprised as national policy : Denial, Lie and manipulation and if nothing works blame other.

Except they actually dont understand the problems their electorate are experiencing .

They earn huge salaries in Parliament , and have lost touch with their voters .

Read into this what you will.
Our PM English gets almost $460k while the UK PM Theresa May gets just $260k equivalent.

To canabalise the old comment
" Over opinionated, over paid and over here"

$460k? It must be such a benign number to BE.
Can he even count to 46 without using his fingers and toes?

I know he's from down south, but even then it's a stretch to think that he was born with that many extra phalanges.

$460k isn't that great for the PM. If Teresa May gets less that's just crazy.

But it is for BE.

Worth every cent just for that charisma of his, surely?

Arrogance is the word

Logically the ability to save a deposit should be measured as an essential part to affordability.
Thus to save an extra 50% compared to say 2013 should be included.
Only then should the ability to service the mortgage be ADDED to the initial number.
The true affordability is the SUM OF the two figures.
Nick Smith has an engineering PhD. He seems to left his brain somewhere in a National coat cupboard.
;-))

No doubt Nick Smith has some maths. He probably has little time to apply it.

Why am I not surprised, one more stuff up from Nick Smith. I think what surprises me is he is still a cabinet minister and is the national spokesperson on an important issue like housing which is the biggest election issue their party is facing. If this chap worked for another employer he would either have been put on performance management or would be sacked, BE needs to spend some time retraining him:). Shows they will under cut figures, over state benefits and post smiling pictures with a spade breaking soil in the hope the population is fooled into believing something is being done to create additional affordable housing. Cannot vote for a party I don't trust, will bin the pamphlet that arrived in my mailbox over the weekend and evaluate other options.

It's not up to Bill to retrain him - rather the voters to stop being so thick.

... on behalf of a certain political party ( no names , no pack drills ... I won't labour the point with whom ) ... I am conducting a survey on home ownership in Orc Land ...

I have a niggly-naggly feeling that Caucasians are to blame for the current housing crisis ... these people have filched the lion's share of the available housing stock ... and some are exacerbating the problem by land banking ... nasty greedy little Orcsies .. these ... holding onto their precious ...

Hmm, no way to explain this story without admitting Nick Smith is incompetent at best, dishonest at worst, let's go with a completely un-related dig at Labour...

Sometime deep into the future ... deep into a time far far away ... historians will look back at the Nick Smith career ... and pee themselves senseless , laughing at us .... Nicky Nick ... Nick Nick ... lawdy , is the man-boy Teflon coated or something .... heee heeeee heeeeeeee !

This bloody shambles is long past pigs ear status, became a dogs breakfast years ago, and is well into horror show territory.

[ Fragment deleted. It is fine to criticise policies and ideas, with reasons. There is absolutely no need to be personal. Just because someone has a differing view to you does not justify a crude personal insult. Ed]

The clipboard (process checking) over outcomes. It's like watching Japanese salarymen practicing the perfect golf drive on the train platform. Put them on the golf course and watch the hooks and slices.

NZ the once lovely country is being ruined by politicians doing whatever they think they can do and the public not having any power to do anything about it, all we can do is complain about it and its all ignored!!!

corporate politics. Lie and seem concerned close to election day, then return to the corporate agenda... push housing bubble, threaten your own people with heavy handed regulation and PC drivel, more immigrants to drive down wages and look smug about it.

@HousesOverpriced this is what you're hoping for isn't it? All you want to see is a city in ruin to fulfill your own happiness and to release your anger. Never-mind about everyone else but your own selfishness....I want I want I want!!
http://www.nzherald.co.nz/nz/news/article.cfm?c_id=1&objectid=11879120

Can you see the shit on your back before pointing fingers on others..... you of all people are talking about selfishness???

A bit ironic to use this to describe someone who wants homes to be available to more Kiwis, when you yourself want them to move further out of reach - as you've stated on many occasions.

Very easy to point the finger at Nick Smith. The only thing he excels at is being consistent. Consistently useless.

However, he is just a useful distraction. This is well and truly National's work. Just more of the same obfucation and denial. They just designed the HAM to fit their very flawed narrative.

Well, people of New Zealand will get an opprtunity in less than 100 days to show them the door.

Will get another bunch but at this stage and after 9 years anyone but national.

... yes but ... you forget that the great mass of people who vote in this fine land , girt-by-sea , aren't the erudite , cool and groovy , sophisticated higher thinkers who blog here at interest.co.nz ... plus me ...

They're the sheeples of the great plains , the strugglers in south Orc Land , the cud chewers on Milk Island ...

... and the Gnats recent budget to extend the welfare state ( giving the workers some of their own tax paid monies back , but sugar coating it to sound like a Government freebie ) ... that has stolen a march on the opposition , most pertinently on little Labour ...

May I suggest that in 100 days you don't have the champagne on ice , but rather , a bottle of valium at the ready ... although , listening to any speech by Nick Smith is the organic verbal valium of our times ...

"RNZ reported on Monday that HAM's producer, the Ministry of Business, Innovation and Employment (MBIE), ignored advice from the Reserve Bank, making houses appear more affordable than they are."

So now its just outright lying - how dumb are kiwis - Sept will tell.

It's not "lying". It's the inability for anyone to take the bull by the horns. Think about a modern progression of Gliding On.

A statement, if made in the honest belief that it is true, is not fraudulent and does .... not liable for fraud

making untrue statements "recklessly ... making an untrue statement, without reasonable ground for believing it to be true, intending other parties to act upon, is fraudulent

Anyone with two eyes and half a brain knows and can see that Auckland housing at just under $1,0 million for a hovel , is simply not affordable for middle -income Kiwis families.

How many people can afford that in after-tax income each week ?

Spin it any way you want , its simply too expensive and wages are too low for people like schoolteachers , policemen, firemen , and people that make our country tick along so well

And we already know there is a backlog of 40,000 houses in Auckland and Auckland is building just 8,000 houses a year

Until we stop this reckless immigration policy , our problems will only get worse

Apparently in Vancouver the biggest housing bubble has bounced back to new all time highs (despite china's crack down on foreign house purchasing, and despite the 15% foreign buyers tax). Mainland Chinese borrowers are using fake, aka "Ghost Collateral", and non-bank lenders to speculate in foreign property markets. Of course the same would be true of the Auckland market. How much danger is our New Zealand banking system in from this kind of thing? Of course foreign purchasing also features large in the housing affordability equation if you were being intellectually honest about it.

Our market will be riddled with this kind of fraud. It's not like anyone's checking or enforcing.

New Zealand is so boned.

Vested interests will continue to lie and proclaim there's nothing to see here.

Bring back 5% deposits and we can get this party going again. Only for NZ citizens and 0% deposit for FHBs. And some negative interest rates.

gee , you think they could at least pay consultants to come up with the methodology to get the answer they wanted,

Oh, look, breaking news that BE knew of a secret hush money payout to the woman Todd Barclay recorded without her knowledge. The money came out of his parliamentary budget, and there are lingering questions as to why police did such a half-arse job of the investigation.

Whole lot should be investigated properly for corruption.