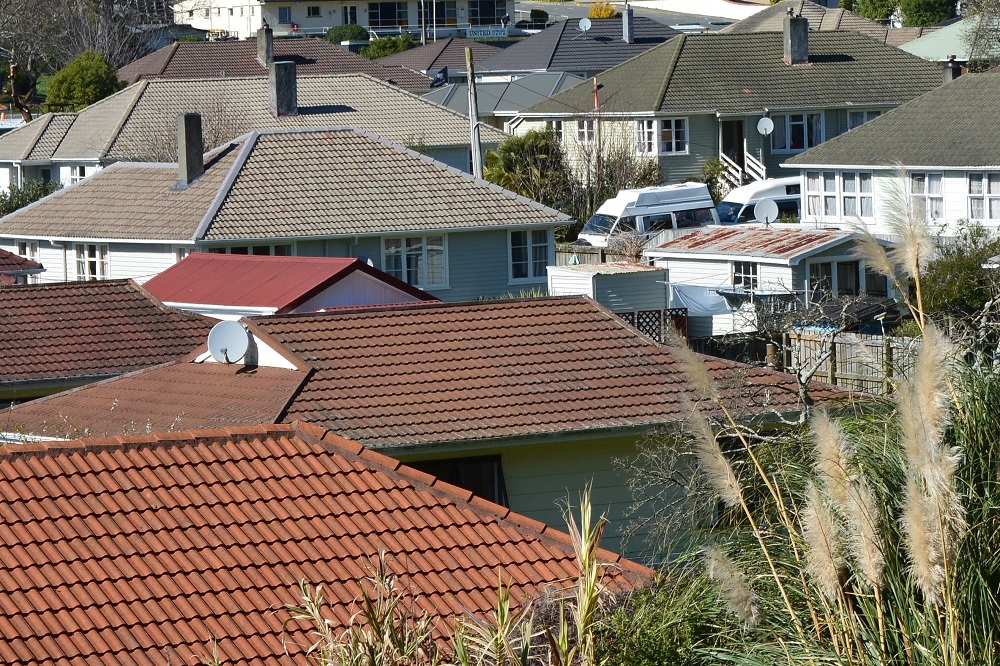 There's been a sharp drop in expectations for house price gains this year in the latest quarterly Reserve Bank Survey of Expectations, an influential survey closely watched by the RBNZ.

Respondents to the latest survey expect house price gains over the next 12 months on average to be just 1.91%, which is a steep fall from the 2.86% in the same survey only three months ago.

The figure of most interest to the RBNZ in the survey is the expectation for overall inflation in two years' time - and this shows that inflation expectations are very much 'anchored' around the 2% level at the moment - which is the explicit target level for the central bank.

This survey, a New Zealand-wide quarterly survey of business managers and professionals, carries a lot of clout with the RBNZ.

The central bank has been known to make changes to the Official Cash Rate largely based on the outcomes of this survey in the past.

The question about house price expectations is a relatively recent addition in the survey having only been added towards the end of 2017.

For most of last year the expectation of year-out prices sat in a range between 2.3% and 2.9% so the latest drop is a sharp one in the context of recent results.

In terms of expectations for where house prices will be tracking in two years' time, the respondents to the survey see little change.

They are picking annual house price inflation of 2.14% in two years' time, which is down from 2.31% three months ago.

For the RBNZ, which has from the start of this year loosened its limits on high loan to value ratio (LVR) lending, the results of the survey will be encouraging, demonstrating that pricing expectations have levelled with little sign of the overall market taking off again.

If such expectations carry on into this year and are borne out by a flat actual market the RBNZ may later this year be again encouraged to loosen the LVR limits.

The next time it will rule on whether or not to do that would be at its next Financial Stability Report release in May.

That would probably be too soon for a further change.

But given a continuation of flat market conditions the following Financial Stability Report in November could well be a time for further loosening to be announced.

In terms of overall inflation expectations, the latest survey shows that the mean expectation for inflation in two years' time is now 2.02%, down just a touch from 2.03% as of the previous survey.

There has been a much bigger movement in the year-out expectation, which has dropped from 2.09% to 1.82%.

However, this just pretty much reverses a sharp rise in the previous survey and can be explained by the fast rise in petrol prices seen earlier last year follwed by the big drop late in the year.

In terms of overall economic performance, the survey has reflected the recent soft-looking economic data, with expectations for GDP growth over the next 12 months having been trimmed back to 2.38% from 2.44%.

Generally the results of the latest survey would back the general view ahead of the RBNZ's decision on official interest rates (the Official Cash Rate) on Wednesday that the OCR would be kept the same (1.75%) and the outlook for the RBNZ would be for risks being broadly 'balanced' between the possibility of the next movement in the OCR being either up or down.

Most economists still pick the next move will be up - although not for some time - but ANZ economists believe the RBNZ will be forced to drop rates later this year.

Interest rates unlikely to move up any time soon then : )

Not from the OCR and with Fed looking to stall the rates hikes there would seemingly be less of a downstream effect from offshore funding.

However will the proposed capital changes the banks may look to raise margins, and adding to that reduced mortgagee lending growth may push bank rates up at which point the RBNZ could move down???

What am opportunity !!
" over the next 12 months on average to be just 1.91% "
It's time to recalibrate the CPI.
If house price growth IS the targetted inflation level (+/- 2%) then include it in the basket of commodities that are used to calculate the Index. Get rid of the defacto 'cost of housing' being the change in rent and interest rates costs; replace them with the true CPI component ( as it used to be!) - the change in the price of residential property.
It's a no-brainer! If property prices fall the CPI, and so the OCR, will fall with it to cushion the fall. If they rise, the OCR will immediately rise to contain the past exuberance to moderate levels. The faster property prices rise, the faster interest rates will. It's an immediate buffer to any over-extension of our national gross debt.

Housing is a commodity?
More importantly, though. What commodities are there in the CPI basket of goods?
Seems like a weird thing for a price index reflecting inflation faced by the average consumer.

To the extent, it's a Consumption Item I'd say it is. We may not actually eat our houses, but we 'consume' their benefit.
Personally, I 'm no great fan if 'inflation targetting' in any of its forms, but we have what we have.
(NB: As you will know, I am on the 'inflation is a monetary phenomenon' side; Inflation is an increase in the Money Supply, but I accept that most disagree with that)

Mmmm. Nah. Housing is not a commodity.
If we consume their benefit, then they are captured in the housing costs element of the CPI.
Things get a bit messy when we put things that are traded like every 7 years in a consumption bundle covering one quarter.

What alternative would you prefer to inflation targeting?

Survey or no survey anyone who is following the market will know that it is falling atleast in Auckland.

Low interest rate is the only positive indicator that may help in reducing the speed of the fall but fall........how much and how fast have watch out.

Okay so you factor in the following :-

1) Fewer new migrants
2) Ban on foreigners buying "used " homes
3) Risks associated with CGT making property less attractive
4) Risks associated with ring-fencing of tax losses which could wreak havoc on over-indebted speculators.
5) The Auckland Unitary plan making room for outward growth ( Dairy Flat and Pokeno farms are now zoned "future urban" ) and this will make tens of thousands of new sections available
6) The densification of suburbs adjoining the CBD in the same Unitary Plan which will free up more land for development

..often overlooked..the shoddy state of much rental housing - due to a strategy of many to buy, hold for a few years, spend nothing and flik for a gain. Deferred maintenance and capital improvements long overdue due abound.

This is an important statistic used by the RBNZ in their econometric models.

"The econometric models at the Reserve Bank focus on a key driver of New Zealand household confidence and consumption: house prices. When prices are strong the housing market runs hot with demand and new housing investments get under way. And when New Zealanders buy a house, they also buy fixtures, fittings, and furnishings. .... This relationship between house prices and household consumption is much closer in New Zealand than it is in other countries. As New Zealanders have few assets of other types, when house prices go up we feel wealthier and spend freely. When we can afford it, we are inclined to put more money into home improvements, holiday houses, investor housing or property funds" - page 17, Crisis - by Alan Bollard