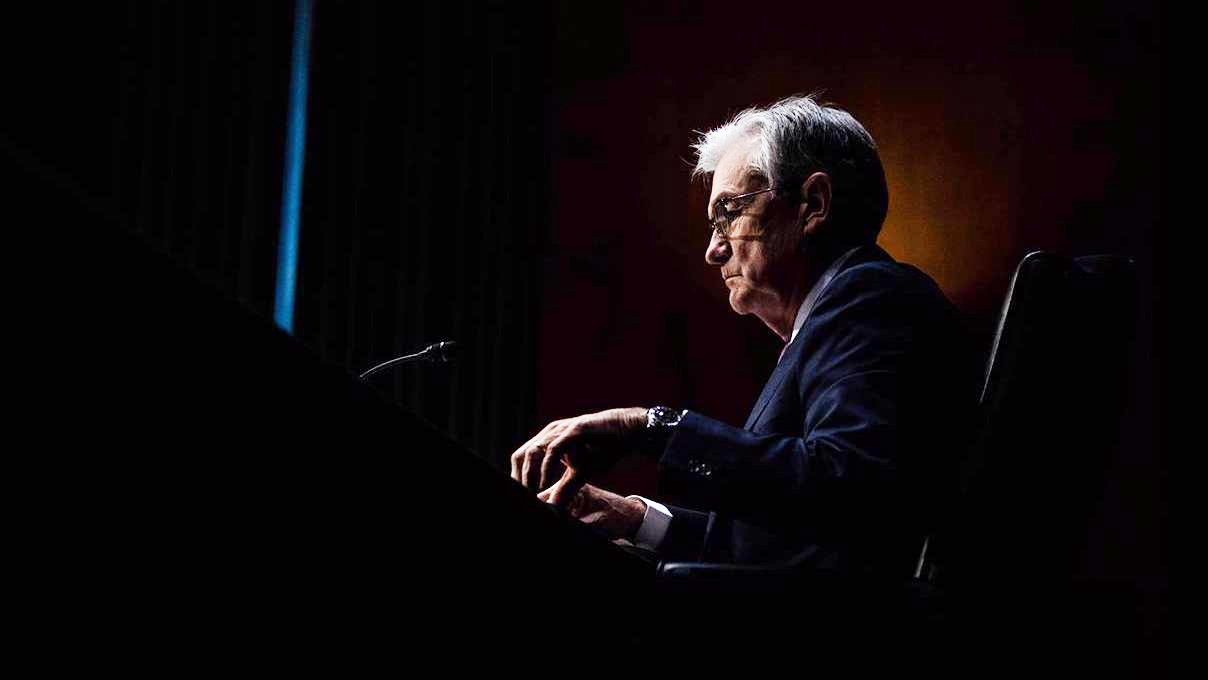 Poor Jerome Powell. With US inflation close to a 40-year high, the Federal Reserve chair knows what he needs to do. He has professed great admiration for Paul Volcker, his 1980s-era predecessor, as a role model. But, to paraphrase US Senator Lloyd Bentsen’s famous 1988 quip about his vice-presidential rival, Senator Dan Quayle, I knew Paul Volcker very well, and Powell is no Paul Volcker.

Volcker was the quintessential US public servant. He smoked cheap cigars, wore rumpled off-the-rack suits, and had a strong distaste for the glitz of Washington power circles. His legacy was a single-minded discipline in attacking a pernicious Great Inflation.

Unlike the modern Fed, which under Ben Bernanke’s intellectual stewardship created a new arsenal of tools – balance-sheet adjustments, special lending facilities, and the “forward guidance” of outcome-dependent policy signals – the Volcker approach was simple, blunt, and direct. Monetary policy, in Volcker’s view, started and ended with interest rates. He once said to me, “If you are not prepared to act on interest rates, you may as well get out of town.”

Volcker, of course, raised US interest rates to unheard-of levels in 1980-81, and there were many who did want him to get out of town. But howls of protest from builders, farmers, citizens’ groups, and members of Congress demanding his impeachment did not dissuade him from an unprecedented tightening in monetary policy.

It was long overdue. Under Volcker’s predecessor, Arthur Burns, the Fed had become convinced that inflation was part of the US economy’s institutional fabric. The price level was thought to have less to do with monetary policy than with the power of labour unions, cost-of-living wage indexation, and regulatory pressures on costs stemming from environmental protection, occupational safety, and pension benefits. Burns argued that oil and food-price shocks reinforced the institutional biases of an inflation-prone US economy. In other words, blame the system, not the Fed. The Fed’s research staff, which at the time included me, squirmed but raised no objections.

Volcker did more than squirm when he took over as Fed chair in August 1979. At the time, the consumer price index was surging by 11.8% year on year, on its way to 14.6% in March 1980. Volcker was determined to find the interest-rate threshold that would break the back of US inflation. Using the political cover provided by the 1978 Humphrey-Hawkins Act, which formalised the Fed’s price-stability mandate, and drawing operational support from a shift to targeting the money supply, Volcker went into action.

The Fed increased its benchmark federal funds rate from 10.5% in July 1979 to 17.6% in April 1980. Volcker then reversed course during an ill-advised but short-lived experiment with credit controls in the spring of 1980, before resuming a monetary-policy tightening that eventually pushed the funds rate to a monthly peak of 19.1% in June 1981. Only then did the fever of double-digit inflation break.

By late 1982, with the US in deep recession, annual headline CPI inflation had slipped below 4%, and the Fed started to reduce the benchmark policy rate. Mindful of the deeply entrenched inflationary psychology still gripping America, the Fed moved slowly and cautiously. Volcker, having broken the back of inflation, was not about to “leave town” until the Fed’s mission was complete.

Fast-forward 40 years, and Powell’s problem is glaringly apparent. Yes, the world today is certainly different than it was back then. But the modern Fed apparently has no institutional memory of the mistakes that it made in the Burns era. In 2021, there was a striking sense of déjà vu when US central bankers treated the initial surge in inflation as transitory and squandered the credibility of well-anchored expectations of low inflation.

The Fed viewed the COVID-19 shock in the same way it viewed the global financial crisis of 2008-09, and injected massive monetary stimulus to address what it was convinced would be a protracted shortfall in aggregate demand. In retrospect, that was an epic policy blunder. As pandemic-related lockdowns quickly gave way to a reopening of the economy, aggregate demand, aided by massive fiscal stimulus, snapped back with a vengeance. And in the face of now seemingly chronic supply-chain disruptions, this post-lockdown takeoff spawned the great inflation of our generation.

Powell’s problem is all the more evident when viewed through the inflation-adjusted lens of real interest rates. Over the 51 months of his leadership of the Fed (through April 2022), the real federal funds rate has averaged -1.95% (with a stress on the minus sign). This extraordinary monetary accommodation is unmatched in modern times. The real funds rate averaged -0.05% for eight years under Burns, -0.7% during Bernanke’s eight-year tenure, and -0.9% for four years under his successor, Janet Yellen.

Under Volcker, by comparison, the real federal funds rate averaged 4.4% for eight years (with a stress on the positive sign). Moreover, notwithstanding the Powell Fed’s newfound determination to move swiftly to counter what it belatedly views as a serious inflation problem, I suspect that the federal funds rate will remain below the US inflation rate well into 2023. That would push the Powell average down to -2.25% over the 59 months ending in December 2022.

No, I am not arguing that Powell needs to replicate Volcker’s tightening campaign. But if the Fed wishes to avoid a replay of the stagflation of the late 1970s and early 1980s, it needs to recognise the extraordinary gulf between Volcker’s 4.4% real interest rate and Powell’s -2.25%. It is delusional to believe that such a wildly accommodative policy trajectory can solve America’s worst inflation problem in a generation.

Like Volcker, Powell takes his mission of public service very seriously. Unfortunately, as Bentsen might have said, that is where the comparison ends.

Stephen S. Roach is a faculty member at Yale University and the author of Unbalanced: The Codependency of America and China and the forthcoming Accidental Conflict: America, China, and the Clash of False Narratives (Yale University Press, November 2022). Copyright: Project Syndicate, 2022, published here with permission.

Heading a central bank during times of raging inflation is like leading a country in times of war. You either do what needs to be done or hand your hat over to a man that will.

Lets see if anyone will remember Powells name next century like they will Volkner.

I was pointing out over the last 2 years that I thought Powell was the most dangerous man on the planet and he had the power to create or prevent a good deal of suffering around the world. Yet they pumped far too much $$ into the system, then denied that inflation was going to be a problem. Madness. This mistake not only is causing a cost of living crisis, but it also gave Russia a chance to attack Ukraine because they could see the financial weakness that had been created (and gave Russia the opportunity to hold other nations to ransom....remembering the inflation issues started before the Russian invasion, not after). Putin could see his opportunity and decided to take it. Had energy prices not been tracking in the direction they were, I don't know if Putin would have had the economic leverage to do what he has done and get away with it (and I think the he was aware of this when making the decision to invade).

Wars are fought over monetary policy mistakes and the suffering that it creates for the people of the nations impacted by it. The 2020's may prove to be another example of this.

12 people (unelected) have the power to set the price of the world reserve currency.

Times up for that system..

You have to be a serious monetary policy ideologue to believe the 'Volcker crushed inflation' story.

Both bouts of US inflation in the 70s were caused by oil price shocks - Yom Kippur war and oil embargo, and then the Iranian Revolution. When oil prices spiked, the very energy-dependent US economy took a beating and prices spiked. When everyone stopped fighting and the oil flowed again, oil prices came down and US inflation came down too. The 1979 - 1982 episode also involved President Carter deregulating the US gas industry, which opened up the oil / gas shale fields and reduced the dependency on arab oil.

And our man in the mirror Mr A Orr is also following a similar script. To be fair to Orr he started raising rates before Powell, but like Roach, I too struggle to see them taming inflation with negative [real] interest rates. How does a + 4.0% OCR take down an + 8.0% inflation rate? At 8.0% inflation we're all negatively geared aren't we?

It is simply impossible to tame a case of supply shortage driven inflation via interest rates. The only raising interest rates will achieve is to cause recession or even depression.

It is ridiculous to compare the current situation with the time of Volcker. Volcker raised interest rates after inflation had run high for many years, that means after the debt burden had been effectively devalued.

Raising interest rates now would crush the economy. Perhaps this is the plan, a conspiracy theorist may think.

The only way out of the current crisis is to allow inflation to run its course, much like in the 70ies. Just like then, inflation is mainly caused by a supply shock, there is no way to address this issue with rate hikes.

The effective debt burden is so high nowadays that rate hikes will lead to a liquidity crisis. We are already seeing the beginnings of that. If allowed to continue, we will have mass insolvencies in the property sector soon, then rising unemployment and recession across the board.