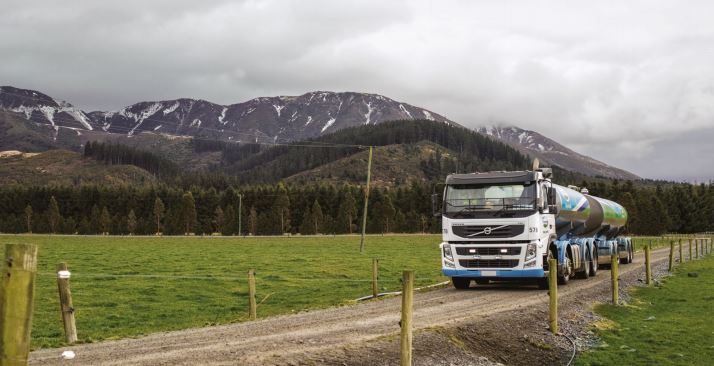 This week, New Zealand experienced the largest fall in share values in recent times with a -1.6% drop in a single trading period following on from Australia’s -1.3% drop. Dairy companies have been included in the drop with Synlait losing -3.8% largely on the back that a major ‘customer’. a2 milk, has been caught up in the news that China is looking to improve the quality of its own domestic value chain especially around infant formula with the aim of supplying more than 50% of its demand itself.

The ripples of the Chinese decision which comes from the very top aims to bring in within three years a comprehensive quality and safety tracking system covering at least 60% of domestic baby formula companies.

With greater penalties to be enforced upon domestic processors who break Chinese laws the program also calls for stricter regulations on imported milk powder and online sales platforms.

Something that won’t come as a surprise to New Zealand dairy producers and processors, the plan also says the Chinese government will support domestic dairy producers in acquiring or setting up overseas operations while also encouraging foreign dairy companies to invest in China. Whether we will see any New Zealand companies wooed especially at a time when Fonterra is looking to divest its holdings in China remains to be seen.

US companies are not likely to be seen as flavour of the month but there are plenty of European companies that are not likely to need much encouragement, especially if it means they can gain an advantage in supplying the planned reducing supply of imports into China.

Fonterra haven’t been totally removed from looking for opportunities with a new deal being done with Coca Cola who have taken on a partner into getting a more nutritionally based drink into the Vietnamese market. The first products must be due to hit the Indian market after last years joint venture the sub-continent's biggest retailer, Future Group.

With South East Asia and India being where some of the worlds biggest growth is occurring hopefully these initiatives will add something to the bottom line.

However, shareholders of the Fonterra Co-op are not so enamoured with results judging by the trends with the share price. Hitting a low of $3.95 last week it has had a minor rebound to $3.99. May 2013 the price was $8 and it has been sliding downward ever since. Farmers who are thinking of leaving either the industry or Fonterra must be concerned given there are no obvious upsides in the foreseeable future.

Fonterra published their Global Update recently. Included in the information was a graph which I found interesting. Much has been made of the fact that the Global Dairy Trade auction price has been lifting since November last year. As the graph below shows the upturn appears to be a direct result of the reduced offerings coming from Fonterra. With some pundits believing that Fonterra have been a bit conservative in their future projections, this may explain their thinking.

And if anyone thinks it is a recent trend then the comparable graph from the previous year confirms the relationship.

Being a great believer in “pictures telling a thousand words” the following graph also from the latest Global Update relative to the same periods last year shows how different regions have varied and clearly shows the climatic impacts on Australian farmers. The drop in April’s production in New Zealand is also clearly illustrated.

The final graph which I found of interest was regions imports of dairy products, (not just Fonterra’s) and it shows the volatility of various regions with China and the Middle East and Africa in particular at opposite end of the scale.

Meanwhile back on the farm the M Bovis cow cull has passed the 100,000 cow mark with 129 properties cleared of cattle and able to be restocked. There are still 47 farms yet to complete the process. Of the numbers coming out from MPI the spending budget must be seen with more than a touch of irony with operational costs for the eradication attempt at the end of May had reaching $154 million while compensation to farmers has (only) got to $73 million.

No wonder farmers are complaining about the slow and frustrating process.

However, shareholders of the Fonterra Co-op are not so enamoured with results judging by the trends with the share price. Hitting a low of $3.95 last week it has had a minor rebound to $3.99. May 2013 the price was $8 and it has been sliding downward ever since. Farmers who are thinking of leaving either the industry or Fonterra must be concerned given there are no obvious upsides in the foreseeable future

When Fonterra was formed the reasoning was streamlining of the business to operate more efficiently and responsively. It was prophesised that it would be returning 30 billion in ten years as a result. I suspect it would have been thought that such rationalisation would help avoid such food safety incidents.
However when the government deregulated the dairy board in conjunction with the forces that wanted the formation of Fonterra for whatever reasons, that was the moment liaise faire capitalism usurped the cooperative culture and values of which had driven the dairy industry to this point. Is the industry any better off as a result? From this farmers point of view no. The conditions that came with bypassing commerce commission scrutiny has undermined the strength and unity of the industry with no obvious value added. Farmer shareholders have abandoned cooperative principles in favour of get rich quick share scheme and corporate philosophy, by defrauding a century of cooperative capital development in favour of a batch and buying the neighbours farm at inflated values. Reference to strength and qualities of Fonterra as a cooperative, are allusions to a bygone error, when remuneration of senior management and governance and subsequent responsibility wasn’t as eye watering as today. Link

Moreover, from the Dallas Fed:

Assets purchased with created credit, both real and financial assets, eventually yield returns that are inadequate to service the debts associated with their purchase. Link

Assuming an MA dairy cow is worth $1,800, then 100K of the beasts are worth $180 million. Then add the loss of income, the loss of genetic lines and the human cost (foreclosures, suicides, stress all round) and this is turning into a half-a-billion deal. And it's not over yet: the consequences are gonna run for years if not decades.

And for what purpose? How do you track down, dispose and eliminate a tiny critter that doesnt respond well to testing for identification. The answer is you cant. Its a gross waste of money.

And precisely what Keith the Woodford has been saying since the outset. It's a lost cause, but there are too many MPI staffers paid to shut their eyes to that inevitable fact.

There is still an improvement to be done in the way farmers are notified if they are on MPIs radar. Farmer was phoned and said that they were going to come out and test x number of stock. What for, was the reply. Oh, haven't you been contacted and told you are on the m bovis test list - No, was the reply, first I've heard of it. Lucky for the phone caller the farmer was one that is not inclined to panic easily. But given the level of mental stress out there among some farmers it could have been quite different....

Thought to be in imported semen. So whats to stop it happening again.

Waymad, it's not just MPI who we need to be considering re the cost - human and financial - it is also our industry sector leaders.

I agree CO. I cant think why they backed this thing. Are they too dirtied by it to back out? We need to save our resources for a bigger fight. Yes bovis is awful. But is our ammo now spent and wasted? I guess a lot has been learned. I suppose that is never a waste.