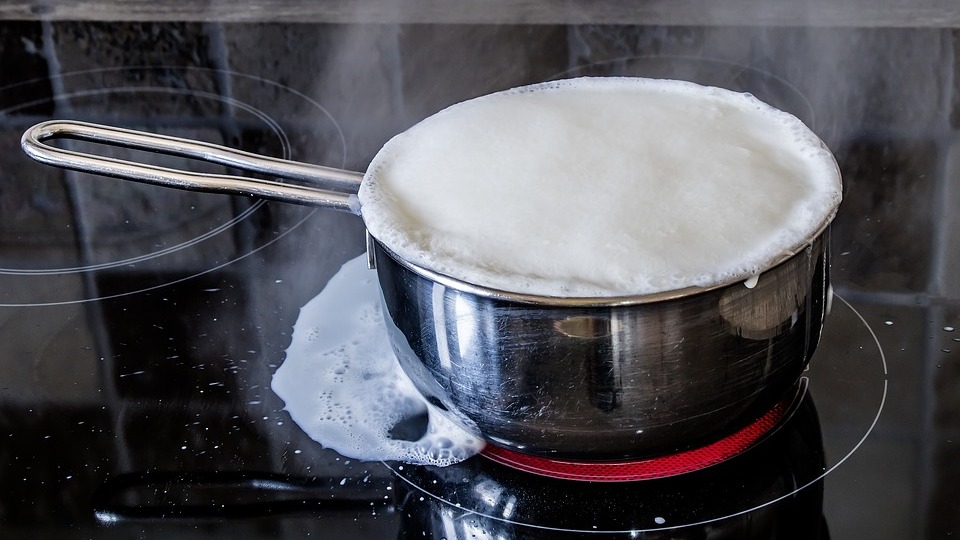 Fonterra has narrowed down its forecast milk price range for the current season - and is now suggesting the price could be as much as $7.30 per kilogram of milk solids, which would be about the fourth-best price Fonterra has ever paid farmers.

And the giant diary co-operative said on Thursday that its first quarter of the new financial year has gone well - though it cautions that the full year result is likely to see various "one-off" items.

Last year (to July 2019) Fonterra reported an after-tax loss of $605 million as it suffered the effects of a debt-fuelled expansion plan that came unstuck. It is now employing a back-to-basics approach to assist recovery.

At the mid-point the new level would represent a  total $11.2 billion cash payout, a rise of about +$400 mln from the prior forecast.

The payout history for Fonterra and all other dairy companies is here.

This is the release Fonterra made to NZX:

Today Fonterra announces an increased forecast Farmgate Milk Price, reports a strong start to the 2020 financial year and points to some of the challenges it is facing.

Fonterra Chairman John Monaghan says the Co-op has continued to earn good prices for its milk and as a result has increased the mid-point of its forecast Farmgate Milk Price range by 25 cents to $7.30 per kgMS.

“The higher price reflects a global dairy market that is tipped slightly in favour of demand.

“On the demand side, Global Dairy Trade prices have increased by about 6% since our previous forecast. Whole milk powder (WMP) prices, a key driver of our milk price, have hit their highest level since December 2016.

“At this stage of the year, we have contracted a good proportion of our sales book and that gives us the confidence to increase the mid-point of our forecast Farmgate Milk Price range by 25 cents.

“Farmers will welcome what would be the fourth highest milk price in our history. It represents a $11.2 billion cash injection into our communities.”

Fonterra CEO Miles Hurrell says that the Co-operative has made good progress moving to its new strategy and has had a strong first quarter.

“When we announced our strategy in September, we said there were three things that were most important to us: caring for people and making a positive impact on society (Healthy People), working together to achieve a healthy environment for farming and society (Healthy Environment) and delivering sustainable business results (Healthy Business). We are making good progress across all three areas.

“From a Healthy Business perspective, we are clear on the steps we need to take this year to hit our medium and long-term targets. A focus is still reducing our debt, so it is no more than 3.75 times our earnings. This will require us to achieve a gross margin of $3 billion, further reduce operating expenditure, lower capital expenditure by $100 million to $500 million, and also divest some more assets.
“So far this year we have:
• Improved the underlying financial performance of the business, delivering a gross margin of $740 million, up from $646 million;
• Continued the focus on financial discipline, reducing operating expenditure by $104 million and managing capital expenditure carefully;
• Generated a normalised Earnings Before Interest and Tax (EBIT) of $171 million, up $145 million, and a reported EBIT of $259 million, up $233 million; and
• Improved our free cash flow (cash generated from our business available to reduce debt and pay interest and dividends) by $595 million compared to last year.

“I’m pleased to see this level of improvement. Our people are doing a great job at putting our strategy into action. There’s more to do but the wheels are definitely in motion.

“When we look out across the year at our financial performance, the biggest pressure on our earnings is going to be the rising milk price. Stronger than forecasted performance from our Foodservice business has helped offset the higher milk price to date and we will need to be very focused around making improvements in other areas too.

“There will also be some markets that have difficult trading conditions over the course of the year. These currently include Chile and Hong Kong where we are starting to see the ongoing civil unrest impact our sales.”

Fonterra’s normalised earnings guidance for the 2020 financial year remains at 15-25 cents per share. This reflects the underlying performance of the business.

Fonterra expects there to be several one-off adjustments (for example, the divestments of assets) that will impact reported earnings, and this will be reported as required. Fonterra will provide details of the overall impact of all one-offs on its earnings as part of its full-year financial statements.

Mr Hurrell says the focus on value and continued financial discipline drove good results across the business in the first quarter.

“Our teams have worked hard and this is reflected in both our normalised and reported EBIT,” he says.
Fonterra’s reported EBIT in the first quarter included positive one-off items such as the proceeds from the sale of its interest in foodspring® and the revaluation of Beingmate shares.

During Q1, Fonterra’s Ingredients business increased its EBIT by $32 million to $139 million.

“We achieved strong gross margins from our New Zealand manufactured ingredients. We are also making good progress in addressing the significant challenges in our Australia and Chile Ingredients businesses.

“The Australian Ingredients team, in particular, has continued to tackle their new norm of drought conditions and related increased competition for milk supply, by manufacturing and selling a more profitable product mix and reducing operating expenses. Their hard work is helping balance out Australia’s lower milk volumes.”

EBIT from the Consumer and Foodservice business was $118 million in the first quarter, up by $56 million compared to the same period last year, with improvements across all regions.
“The Australia Consumer business has delivered record market share in the chilled spreads category, and we are starting to see early signs of a turnaround in our New Zealand Consumer business,” says Mr Hurrell.

“The lift in China Foodservice sales in the fourth quarter of last year has continued into the first quarter of the year. Sales volumes were up 43% and gross margins were up $23 million in the first quarter on a year-on-year basis. We have entered a further 24 cities taking the total to 327, successfully marketed our Anchor Food Professionals range for use in local cuisines, and continued to see strong growth in Chinese bakeries and beverages.”

The Co-operative’s early priority in the 2020 financial year has been to get itself in shape to best deliver the strategy.

Mr Hurrell says that during the first quarter, Fonterra moved to a new customer-led organisational structure which allows it to be closer to its customers but also to live within its means.

“Like in any restructure, making these changes has been tough on our people – it’s never going to be easy, especially when it means a period of uncertainty and having to lose some great people from the Co-op. I acknowledge this and want to thank our people for their patience and understanding as we have gone through this together.

“We’re now set up to take a more customer-centric approach in our business decisions which helps our in-market teams drive demand for our farmers’ milk.

“Our focus from here is to keep building a culture which can deliver consistent results, one that has employees proud to work for Fonterra and farmers proud to supply their milk to the Co-op.”

During the first quarter, Fonterra hit a number of important milestones towards a transition to a more sustainable way of dairying.

Mr Hurrell says the most significant was the announcement, alongside other members of the primary sector, to work with the Government to plan how to support farmers to make necessary changes to help meet New Zealand’s international climate change obligations while maintaining profitability.

“We have also launched a new partnership, Plant for Good, to help farmers with on-farm native planting. This will allow farmers to more effectively deliver the riparian planting actions identified in many of their Farm Environmental Plans, which 25% of farms that supply milk to us now have – up from 23% at the end of July.

“To help reduce plastic packaging and waste going to landfill, we’ve started offering Fonterra Milk For Schools in a 1-litre format. It doesn’t use straws or plastic wrapping like the 200ml format does, and it’s not single-serve. It also allows schools to minimise milk wastage by having more control over serving size.”

"A focus is still reducing our debt, so it is no more than 3.75 times our earnings. "
Sounds like a good yardstick for any 'business'....

11 billion in exports is a drop in the ocean of NZ GDP, it's probably less than 1 days worth of real estate sales. This is why I support government getting rid of dairy and focusing on the important things in the NZ economy.

Stop overpaying the cow cockies , else some folks with deep pockets and Chinese sounding names will be bailing you out , and taking control .... the clock is ticking :

'civil unrest affecting some markets' I'd be nervous about that dynamic spreading further into the other markets. Brexit is going to be a real gear grinder and what happens when the Hong Kong situation reignites...as it will almost certainly do? Aside from that I think the cooperative is doing what its supposed to, pumping the vast bulk of its earnings to its owners, do they even care about the debt being so high? Most farmers have high levels of debt too so its just part of their everyday landscape....