Guy Trafford is impressed that dairy prices held their levels at the most recent auction, even more so in NZ currency. He also looks at economic stimulus measures banks and the Government could consider

Guy Trafford is impressed that dairy prices held their levels at the most recent auction, even more so in NZ currency. He also looks at economic stimulus measures banks and the Government could consider 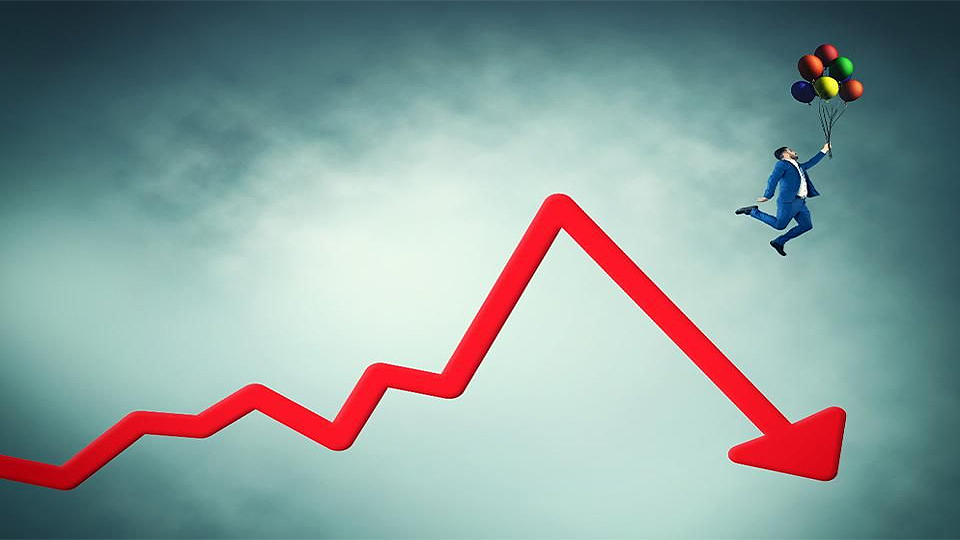 The GlobalDairyTrade auction seems to have sailed through the impacts of the Covid-19 relatively unscathed. It does make you wonder what the prices may have been if the circumstances were more normal.

Cheddar has come back to earth after the unexpected rise at the last auction. Given that the cheese largely ends up in Foodservice it may be that this is a reflection of the brakes that are being applied to that sector. The drop in the NZ$ by -½c against the US$ since the last auction (February 22, 2020) has provided a little bit of relief.

Full historical graphs can be seen at Dairy Commodities at interest.co.nz.

With the dairy season coming to its close in a couple of months (or so) farmers can be reasonably assured that the farmgate predictions are safe at around $7.20 or so.

However, Westpac are reporting that the future prices for next season are not quite so rosy with $6.80 per kg MS being predicted. There is a lot of water to go under the bridge before then and a lot will depend upon whether the hoped-for China recovery occurs and their demand for milk powder kicks in at levels pre Covid-19 levels. No doubt there will be the consumers who want it but whether they have the cash to purchase the more expensive imported products will be the question. An recent article out of China which does shed some light on at least the demand for milk and quotes the Chinese “National Health Commission” recommending that the population consume at least 300grams of milk per day each as a means to help ward off the Covid-19 disease and another paper reports that a Shanghai taxi company is providing its drivers milk ratios to help them stay healthy. For a quick read on the history of dairy milk in China this link may be of interest

Closer to home, the ASB are offering help to their farmer clients affected by drought by providing:

- up to four months principal relief on all existing lending,
- up to $100k Overdraft at a reduced interest rate,
- no fees on any new working capital facility required.

ASB seem to be providing some leadership in the area of financial social responsibility which the Government could take a lesson from given the gathering clouds.

The Government through NZ First has opened a $300 million new capital venture fund. Announced in last years budget it is now “open for business”. Little detail is available but most of these initiatives seem to target growth into exports. Perhaps the funding is a spill over from Shane Jones’s billon dollar regional fund which seemed to be struggling to find a home.

Something the Government could do, which may help stimulate the economy, is to take a look at the rate of GST charged. It could be changed a lot more simply than other taxes and it would also proportionately benefit those on lower incomes at a greater rate. It would make food products cheaper. This would then help both the producers and the consumers. While the idea of eliminating GST on food appears attractive and although Australia seem to have managed to do this, when looking at the regulations and the comprehensive list of what is in and what is not, just reducing all GST would seem a far more doable option. Currently according to Wikipedia, New Zealand GST is not only one of the highest rates in the world  but; “Because it is broad based, it collects 31.4% of total taxation, making New Zealand the highest taxed country in the OECD in terms of sales tax as a proportion of GDP.” Governments do however have trouble giving up tax revenue flows. The one thing that may incentivise them this year is the September election, and they have the perfect excuse if the economy does continue to take a downturn.

As shown in the latest trade data China holds the backbone of NZ economy, the market and investers know that and are confident about China's quick recovery therefore the resilience.

With the necessary will, this dependency can be dropped.

No, xingmowang, investors and businesses around the world are exploring every opportunity to reduce dependence on the PRC, decouple where possible, and build greater resilience into their systems. The dangers of NZ's relationship with the PRC are also now in sharp focus. And very little confidence comes into the lens. Things aren't going to go back to where they were. I suggest you talk to a few people in positions of responsibility (I don't mean the CCP flunkeys in the National party.) Finally, I'm surprised you wish to speak on behalf on investors. I don't imagine you are one.

I trust facts and NOT opinions and ideologies.

Foreign companies try decouple with China by investing more in China. Is that your logic?

https://www.ceicdata.com/en/indicator/china/foreign-direct-investment
"China's Foreign Direct Investment (FDI) increased by 57.1 USD bn in Dec 2019, compared with an increase of 17.7 USD bn in the previous quarter."

Xingmowang, facts rarely come into your posts. They're a kind of wish-fulfillment. Yes, ODI has had record flows. Watch what's happening right now. China figures mainly as a problem for most multinationals. Decoupling from production there isn't easy. But, wherever possible, it's underway or being planned. Of course, foreign companies want access to the market, but not the PRC's cheating, theft and restrictive behaviour. The free world's capability is shifting back to the free world. The world is changing under your feet, xing. Get used to it.

xingmowang - Its too early to see anything at present but clearly this "Pandemic" will raise the issue of concentration of supply chain ex China and without doubt there will be relocation's of supply to diversify and reduce future risk. Time for cooperation between major economic powers to create a fair rules based system were any bias is countered by the same rules for both sides and unjustified retaliation resulting in suspension like in sports as failing will ensure a global depression as debt dominoes fall.

Yes I can see you don't rely on ideology at all.

"Governments do however have trouble giving up tax revenue flows".
Nothing more need be said.

We can all thank the previous 4 way coalition for that.

Good point re GST, Guy. Differential ad-valorem tax rates are an administrative and compliance nightmare. Lets hope the Gummint is not that stupid.....but it is election year, so I wouldn't bet the farm on rationality....

I still think helicopter money would still be the best way to inject money if needed. Firstly prop up certain industries where people have lost their jobs. Secondly helicopter money.

As comrade Xingmow suggest, Those who gave their life to China as a back bone, will be spineless. The NZ strength is actually China strength.. world started to realise, now. Folks.. there's are about 6-7billions Earth population, modern China is just the past 50yrs.. how on earth? we shifted all productions there? - Now.. honestly, look what happen when they decided to export the bugs in this year of the pest (Rat)..their agents are worldwide to do the job, no question about that...I'm crossing finger right now for the ... Antartica..but even? if Covid19 spread there too? then for couple years from now we shall try to cross our finger.. at least for the moon, but? we all knew when China stating their ambition to mine/colonise the moon.. felt sorry for those moon rock. Like comrade Xingmow.. would agree: Wherever it is, China will only allow significant investment, when: (1) Land can be procured rightfully (2) The great people allowed to move/reside there (3) Money to be made - That's why most of comrades great peoples, really won't move to poor of the poorest nations on this planet, you figure out why from those 3 components above.

All production got shifted to China because big corporations are greedy for maximum profits. Americans have the nerve to condem China and yet they made billions of dollars out of them by shifting production there. Now they are complaining China is number 2 and coming up fast. The American public on the whole are pretty stupid and believe anything that comes out of Trump's mouth.