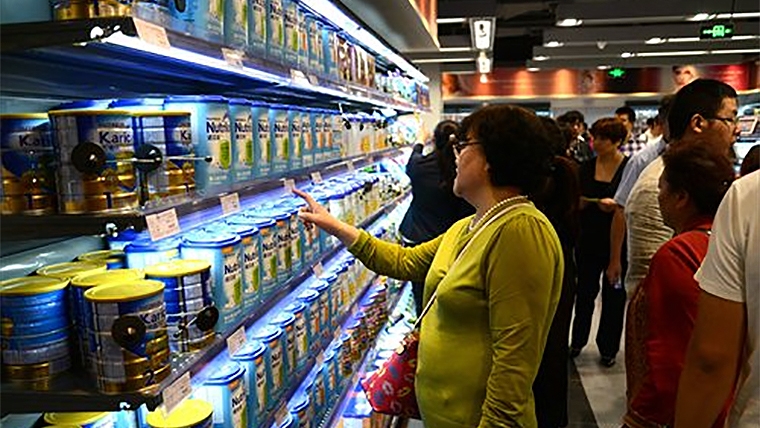 The way the Chinese economy operates always provides me with some degree of fascination, partly driven by the importance it has on the New Zealand economy, particularly agriculture, partly by the speed they have adapted, and also by the cultural differences.

A component of their sourcing of consumer imports, especially valuable high end ones, are through the sourcing and supply by daigou. New Zealand saw it at a lower value degree through Chinese nationals within New Zealand buying up stocks of infant formula and manuka honey and sending them back to China either direct to consumers buying them via an online purchase or to a third party who sells them off in China.

New Zealand Inc frowned on the practise as often the bulk purchasing cleared the shelves of products depriving those in New Zealand access to them and perhaps also because the products sent via the daigou to China have also been sold at prices below what the conventional importers sell them for in China.

The luxury goods certainly could be purchased in the countries of manufacture cheaper than what they were selling for in China e.g., watches, jewellery, handbags etc. Since COVID-19 has struck, the ability to travel has greatly reduced this trade.

International luxury companies that have been ‘targeted’ in the past by daigou have generally reported drops in international trade by between -30% to -45%. However, sales in China have soared with increases between 45% to 90% being reported as consumer demand has remained but now, they are limited to (only) purchasing from Chinese stores.

Milk products have also fallen into the category of ‘goods in demand’.

Companies promoting ‘healthy living', dairy firms in particular, have benefited as consumers strive to take better care of themselves. The Mengniu Dairy Company has reported a +19% increase in revenue for the June quarter while Yili reported a +23% rise in revenue and a +72% increase in profits for the March quarter.

Fonterra has given the demand in China as the reason they have held their forecast price at the $7.10-$7.20 although this is down from the previous $7.10-$7.30 range largely due to drops in trade everywhere except China. But when it comes to China which takes about 25% of what Fonterra exports trade volumes have risen by +7.6% in the year to June and when comparing June 2019 to June 2020 it has jumped a massive +21.4%. Last year Fonterra accounted for 36% of all dairy exports into China and about 11% of the total dairy consumption.

In the meantime, for the first couple of months of production the milk flow is +4.1% ahead of last year.

New Zealand honey is another industry that has benefited greatly from the ‘natural health’ demand currently being experienced in China. May numbers were up +54% on the same month as last year and the demand is spelling over to non-manuka honey as well with the China market taking 40% of that ‘style’ as well.

Unfortunately, the benefits that the dairy companies are experiencing are not necessarily flowing across to the meat companies. This is largely due to the fact that the Chinese are still not eating out in large numbers and while domestic meals will be having some positive effect it is not at the level that is going to lift prices on the farm back in New Zealand. Having said that, prices are still holding at reasonable levels with a slight softening for lamb being experienced. Cattle on the other hand have been experiencing slight lifts, at least in the North Island and this week SFF has had another lift on all grades of beef.

Last week's Napier wool sale hit a new bottom prices and this week's South Island sale has not reversed the trend. For all grades of wool (except for those like much of the merino clip with locked in contracts) until the world economy turns around there is little chance of any upturn. At the moment (China apart) the likelihood of an upturn within the next 6 months is looking distinctly remote.

Even within New Zealand the continuing outbreaks of COVID-19 in the community is disquieting, and the approach of the election has meant that the more ‘polite’ behaviour seen between political parties in the earlier lock-downs in April and May has ceased. This appears to be helping the cause of the ‘fake news’ and conspiracy theorists which can be undermining and blurring the messages coming from officials.

In the meantime, rain has been falling, relatively gentle, and lambs are appearing in numbers, so not all is bad.

Thanks for the market update. I was at the Fielding sale last week. Lots of south Island R1 bulls going for $3 a kg @ 250kg live weight. which I thought was pretty good buying. Must be up to $80 a head in freight and we are on the other side of winter now.

'A wild boar in Germany has tested positive for African Swine Fever, apparently something feared and prepared for by Germans. The German government has enacted the National Animal Diseases Crisis Unit to contain the spread. South Korea has banned imports of pork from Germany. This news sent lean hog futures up the 300-point limit and gave cattle a spurty rally taking the Oct and Dec LC just under their respective 40-day moving averages.'