High harvest supply sees domestic prices stable on strong demand. But China prices rise after their ban on Aussie logs, although India under pressure as they become the destination for diverted supply

Rural News
High harvest supply sees domestic prices stable on strong demand. But China prices rise after their ban on Aussie logs, although India under pressure as they become the destination for diverted supply 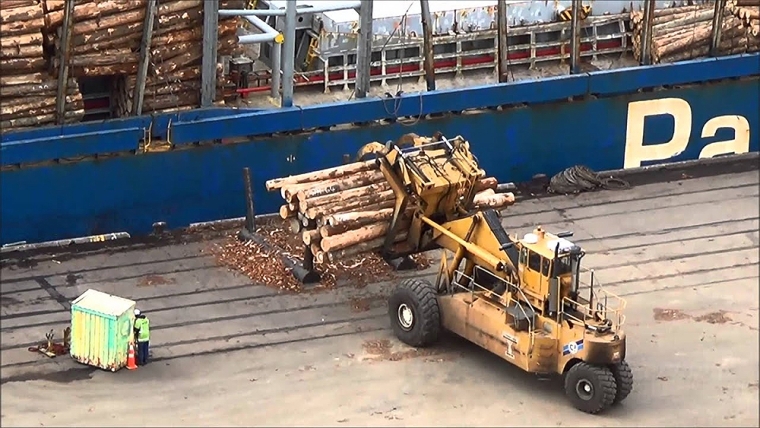 The December AWG prices for export grade logs increased by NZ$7-8 per JASm3 from November prices. Log prices increased in China as the market reacted to the ban on Australian logs.

Prices for domestic logs have been stable as we head towards the end of the year. Many mills are closing later than normal for the Christmas holidays as they look to fill orders. Some mills even have shifts working through the holidays. There is plenty of log supply as harvest levels are high.

The domestic market for sawn timber across all product ranges continues to be very strong. In many Asian grades such as the cut of log (COL) prices are at 5-year highs.

Softwood log inventory in China has dropped by approximately 14% over the last month to 3.0-3.2m m3. Inventory levels have dropped about 30% over the last two months., which is a good sign heading towards the Chinese New Year in February 2021.

China’s ban on export logs and sawn timer has widened to include all of Australia. There is no sign of this changing in the short term. In Quarter 3 of this year Australia supplied approximately 11% of the softwood logs imported by China.

The supply chain costs for spruce from Europe continued to increase due to a shortage of containers.

The longer-term supply situation may be beneficial for New Zealand logs with forecasts that 2021 will be the peak of spruce availability from Europe and a proposed Russian ban on export logs starting in January 2022.

Sentiment from log buyers in Kandla is turning negative, with reports of four vessels to load from Uruguay, one from Argentina, two from New Zealand and one from Australia. This is a total of eight ships during December for arrival in Kandla in January. Some of the vessels may yet be diverted to China.

Uruguay logs were sold around 128 USD and New Zealand logs around 136 USD CFR Kandla for A grade longs.

Australian logs are quoted at 115 USD levels, with more micro pulp logs at discounted prices, for which Kandla has little appetite.

Lumber prices are dropping rapidly at Gandhidham market. The price of sawn timber from Uruguay logs has dropped INR 20 in the last month to INR 451 per CFT and might drop further due to the negative sentiments of over-supply. The New Delhi national capital Territory (NCT) market is cut off due to the farmers agitation in Delhi borders and poor demand.

As Uruguay is likely to load more ships to China in January, arrivals may reduce in February and sentiments might firm up in March. However, how many logs will arrive from Australia is unknown.

The NZD was relatively stable during October but has increased against the USD in the first half of November. The CNY has continued to strengthen against the USD increasing the buying power of the Chinese log buyers.

The average ocean freight rate has remained relatively unchanged with some minor increases over the last month. 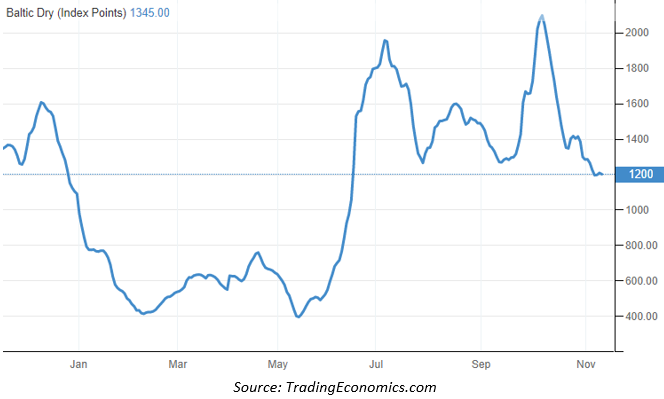 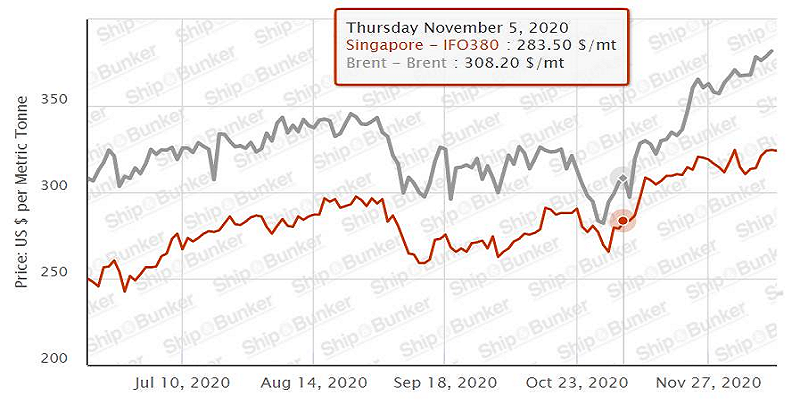 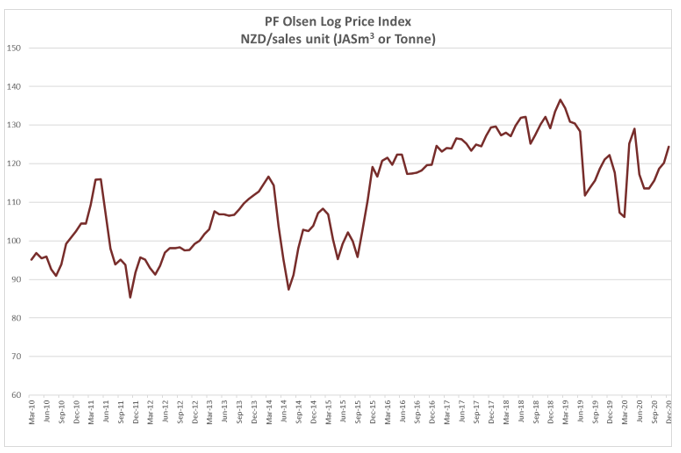 Seeing all this statistical data regarding log exportation and importation is just kind of sad. I hope that logging companies also does reforestation activities too. Do they disclose also such activities?