Chinese demand for imported liquid milk has grown by 50% per year for more than a decade and the prospects are that this growth will continue even as their domestic supply rises: Rabobank

Chinese demand for imported liquid milk has grown by 50% per year for more than a decade and the prospects are that this growth will continue even as their domestic supply rises: Rabobank
24th Feb 21, 11:17am
by Guest 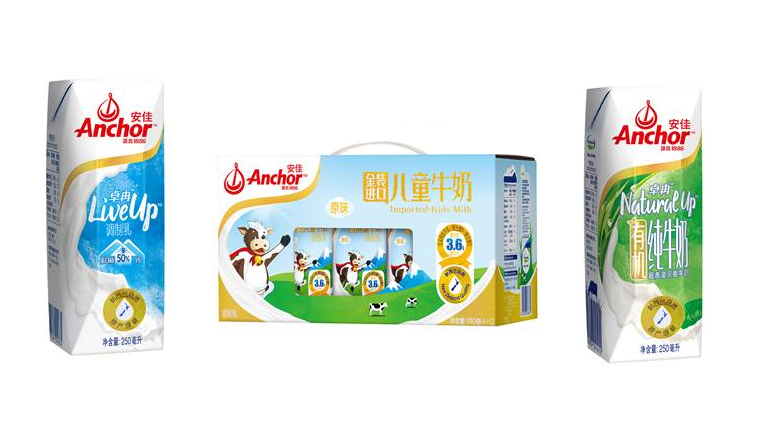 Chinese consumption of liquid milk rose strongly in 2020 and is expected to continue growing over the coming decade, creating export opportunities for dairy producers here in New Zealand and in other key dairy-production regions, according to Rabobank senior dairy analyst Michael Harvey.

Speaking on a recently-released RaboResearch podcast, Mr Harvey said there had been really strong consumer demand for liquid or ‘white’ milk in China during 2020, despite the impact of the Covid-19 pandemic.

“Chinese demand for dairy has plenty of space to grow long-term – largely attributable to long-standing key drivers such as low per-capita consumption and strong private and public investment into the sector due to the health benefits of dairy products,” he said.

“And with many of the big dairy companies in China now starting to provide their 2020 full year results, what’s really interesting is we’re seeing that many are reporting rapid revenue growth for ‘white milk’. Companies like Yili and Mengnui, for example, have reported double-digit growth in ultra-high-temperature (UHT) long-life milk sales with these companies putting this down to the health and wellness benefits their consumers are seeing.”

Mr Harvey said liquid milk has been a long-standing growth market for a lot of dairy exporters around the world over the past decade with exporters from New Zealand, Australia and the EU the major beneficiaries.

“When you compare this to 2008 — when only 8000 tonnes of liquid milk were imported into China — it does give you an indication of how strong growth has been, with this increase representing a compound annual growth rate (CAGR) over this period of around 50 per cent.”

Mr Harvey said, of the big three key liquid milk exporters into China (New Zealand, the European Union and Australia) the EU had recorded the biggest increase in export volumes in 2020. “Chinese liquid milk import volumes from the EU-28 rose by 26 per cent last year, and in particular there was really strong growth out of Germany — the largest exporter in the EU bloc — which increased volumes by around 31 per cent,” he said.

“New Zealand liquid milk volumes into China also grew strongly and were up by nine per cent, while Australian volumes were flat.”

Mr Harvey said the strong growth in liquid milk exports out the European Union was primarily down to changes in local market dynamics. “In the EU, there have been a number lockdowns and other measures related to the pandemic which have reduced consumption within the EU bloc. Several of the EU’s major markets in the North Africa region have also had significant Covid-19 issues and these, combined with political and civil disruption in this region, has impacted the flow of exports into these markets,” he said. “And this has resulted in the EU directing an increased volume of liquid milk into China and picking up share in this market.”

Mr Harvey said New Zealand’s proximity to China and the strong trade ties between the two countries placed it in a strong position to further grow liquid milk imports into China, but it would need to be wary of rising EU competition.

“New Zealand exporters of liquid milk into Asia are very competitive and well placed to compete long-term. More importantly, the provenance of New Zealand dairy will hopefully enable these export markets to become value generators for the industry.”

While China’s demand for liquid milk imports was expected to continue its growth path in the long-term, Mr Harvey said, there were some immediate headwinds for Chinese liquid milk consumption growth.

“Several of the major Chinese dairy brands are talking about margin pressure in 2021, with this coming from two main sources. Firstly, the cost of local milk in China is at near-record levels largely driven by a big lift in the cost of feed for the Chinese corporate farms. Secondly, the rise in liquid milk consumption in recent times has partially been at the expense of other higher-margin dairy products such as drinking yoghurts and flavoured milk,” he said.

“To combat the resulting margin squeeze, a number of Chinese dairy brands have increased their retail price for milk and this could have a detrimental impact on overall liquid milk consumption.”

The full podcast can be found on the RaboResearch channel via any podcast app or at this link.

Keep up with the good PR and marketing and all will be fine.

What NZ producers need to do is work on channel strategy and conversion at the consumer moment of truth. Fat chance of this happening. They don't get it and take it seriously enough compared to mnfers such as Nestle.

For goodness sake let somebody else fill the extra demand while we pivot away from over dependence on China. If somebody else is supplying them there should be other holes opening up in the market elsewhere.