The annual report from Global Dairy Trade gives a clear view of how this trade has developed in both volume and price terms, and China's role as a buyer

The annual report from Global Dairy Trade gives a clear view of how this trade has developed in both volume and price terms, and China's role as a buyer 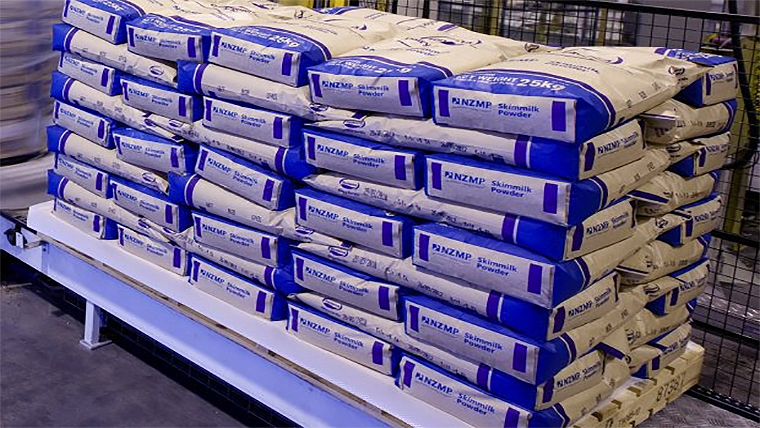 The Global Dairy Trade (GDT) published its annual report this week and given the straights that the world economy is in, I took a little more than a passing interest in it.

With 31% of total winning bids, China (North Asia) not surprisingly is the biggest buyer at the auctions. However, given the seemingly reliance New Zealand has on the Giant there are still another 70% of product that goes elsewhere. 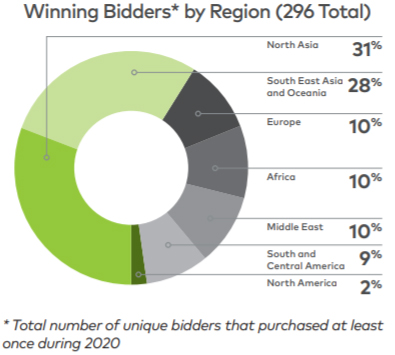 However, given that China’s interest is largely with the powders (WMP and SMP) and with nearly 80% of the offerings being made up of WMP and SMP it shows the importance of the China contribution. 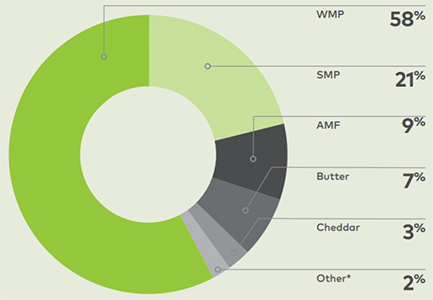 Over the three years shown most of what New Zealand sells have remained relatively consistent with a couple of exceptions, butter has steadily weakened and SMP has closed the gap considerably on WMP.

The longer term trends are better shown in the graph below, although it pays to remember that these are shown in US$ and some further distortion may take place when converted to NZ$’s 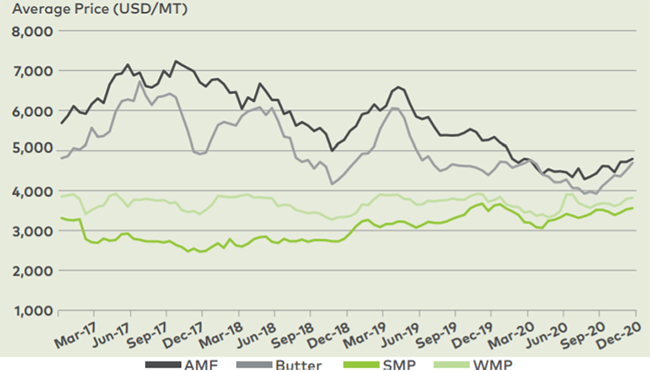 Despite the turmoil throughout 2020, the clearance rate of all products have remained high and consistent with the previous year. Volumes sold have increased in 2020 as well. 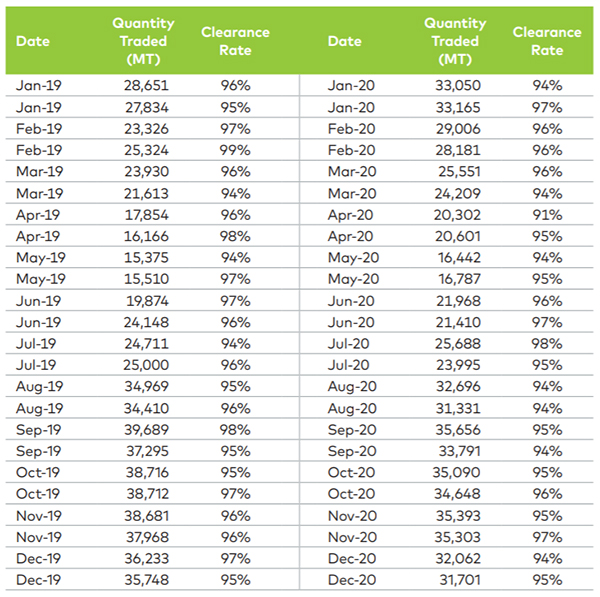 Of some interest is the observation that despite Q4 having a falling bid ratio (a reflection of buyer demand) the volumes sold are some of the highest for the calendar year. 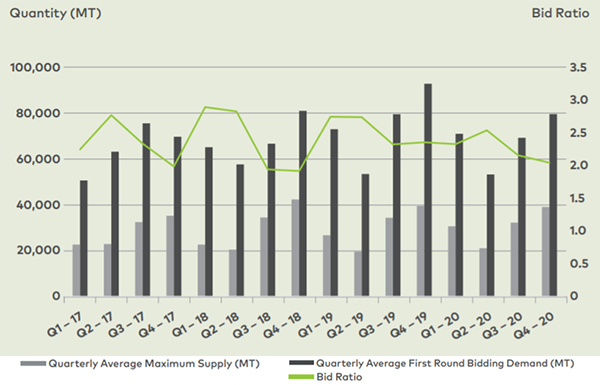 Within the report is an interesting article (p12) which provides some of the history and reasoning behind the setting up by Fonterra of the GDT. Given it was set up back in 2008 many producers would not have been involved in the industry back then. An irony within the primary sector is that the wool industry has been striving to get away from the auction system for decades and yet the dairy seems to have embraced it.

The ASB weekly commodities report is also worth a look at in US$ all sectors are showing weekly and annual gains. Bear in mind that this time last year China among others were already feeling the impacts of Covid-19 so being ahead year on year is not a major surprise and likely to increase as the season continues. 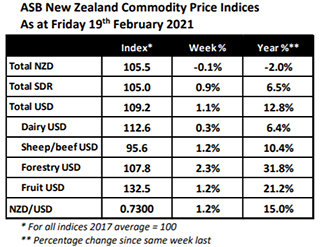