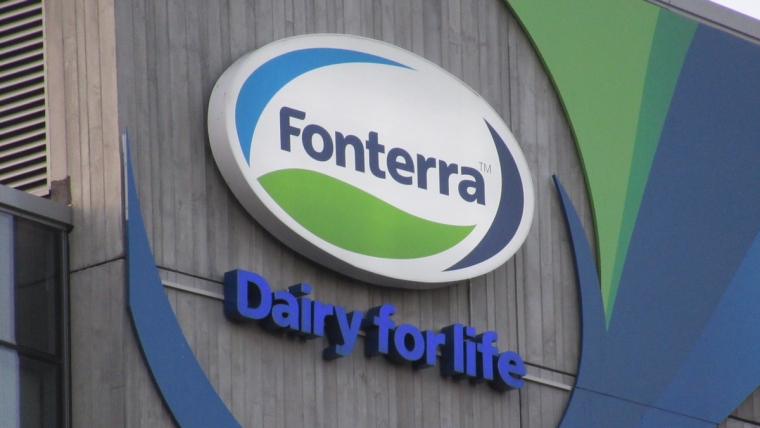 Dairy co-operative Fonterra's declared a final milk price of $7.54 for the 2020-21 season and a final dividend of 15 cents a share.

The total dividend for the year is 20c.

It has left its guidance for the current season unchanged, with a broad price range of $7.25-$8.75 per kilogram of milk solids - giving a 'mid-price' of $8.

Separately the co-op's announced further capital restructuring proposals. In the latest set it now proposed to retain the NZX-listed Fonterra Shareholders' Fund (FSF) - but will place a cap on the size of it. The independent FSF directors have expressed disappointment with the new proposals.

Fonterra's also suggesting it might look to list its Australian arm on the ASX, while retaining some shareholding.

* 2020 financial year included the gain from the divestments of DFE Pharma and foodspring®
# Normalised numbers reflect the underlying performance of the business.

Fonterra has set out a series of long term aspirations up to the year 2030.

Chief executive Miles Hurrell says as the co-op looks out to 2030, the fundamentals of dairy – in particular, New Zealand dairy – look strong.

"Put simply, the world wants what we’ve got – sustainably produced, high-quality, nutritious milk. This comes at a time when we see total milk supply in New Zealand as likely to decline, and flat at best.

"...Our focus on New Zealand milk, sustainability, and innovation and science will see us shift every aspect of our business to create more value. In doing so we aim to continue to improve our financial performance and, as a result, strengthen our ability to repeatedly generate cash and create value for our shareholders and New Zealand," Hurrell said.

Fonterra had to focus its capital and people on enhancing New Zealand milk and for these reasons the co-op has reviewed the ownership of its two other milk pools – in Australia and Chile, he said.

"Soprole is a leading Chilean dairy brand, and Prolesur is a subsidiary of Soprole focused on sourcing milk and manufacturing products in Southern Chile. The operations do not require any New Zealand-sourced milk or expertise, and in this context, we are starting the process to divest our integrated investment in Chile.

"Fonterra Australia is on strategy for the Co-op and remains an important export market for our New Zealand milk, especially for Foodservice products and advanced ingredients. We are considering the most appropriate ownership structure for this business, one option is an IPO, with the intention that we retain a significant stake.

"We see both these moves as critical to enabling greater focus on our New Zealand milk and, importantly, allowing us to free up capital, much of which is intended to be returned to shareholders."

There are four key value targets Fonterra is aiming to achieve by FY30:
1. An average Farmgate Milk Price range for the decade of $6.50-$7.50 per kgMS
2. A 40-50% increase in operating profit from FY21 and, with the reduced interest from having less debt, this should translate into an approximately 75% increase in earnings, giving us the ability to steadily increase dividends to around 40-45 cents per share by FY30
3. A Group Return on Capital of 9-10%, up from 6.6% in FY21
4. Through planned divestments and improved earnings, an intended return of about $1 billion to shareholders by FY24, and around $2 billion of additional capital available for a mix of investment in further growth and return to shareholders. This is in addition to the approximately $2 billion expected to be invested in sustainability and moving milk into higher value products.

In terms of the latest capital restructuring proposals, Fonterra's still aiming to have a shareholder vote on these at the annual meeting in December.

Chairman Peter McBride said Fonterra's future success relies on its ability to maintain a sustainable milk supply in an increasingly competitive environment, and one that is rapidly changing due to factors such as environmental pressures, new regulations and alternative land uses.

"We see total New Zealand milk supply as likely to decline, and flat at best. Our share of that decline depends on the actions we take with our capital structure, performance, productivity and sustainability.

"If we do nothing, we are likely to see around 12-20% decline by 2030 based on the scenarios we have modelled.

"Farmers leave the co-operative for different reasons, but one of the most influential ones is the high level of compulsory investment that’s required to be part of our Co-operative. A capital structure with flexible shareholding would help to level the playing field with competitors, many of whom are foreign-backed and don’t require farmers to invest capital."

McBride said the co-operative's farmer owners "staying stronger together" is in everybody’s interests.

"Analysis of potential milk supply scenarios we have developed shows that, based on our current operations, our farmgate milk price could be 6-13 cents lower by 2030 if we make no changes to our capital structure and continue to lose market share at the rate we’ve seen over the past five seasons to May 2020."

These are the key features of the latest set of proposals:

· New minimum shareholding requirement would be set at 33% of milk supply (around 1 share per 3 kgMS), compared to the current compulsory requirement of 1 share per 1 kgMS. This is intended to strike a balance between providing a meaningful level of flexibility for those who need it, which is critical to maintaining a sustainable milk supply, while ensuring all farmers having some capital-backed supply.

· New maximum shareholding requirement would be set at 4x milk supply, compared to the current 2x milk supply. This is intended to strike a balance between supporting liquidity in the farmer-only market – by ensuring more capacity for farmers to buy shares from those who want to sell – while avoiding significant concentration of ownership.

· More types of farmers could buy shares, including sharemilkers, contract milkers and farm lessors. This is intended to recognise their connection to Fonterra, provide a pathway for future farmer owners and increase the number of potential participants in the farmer-only market by around 4,000 to support liquidity.

· Exit provisions would be extended and entry provisions would be eased. Existing shareholders would have up to 15 seasons initially to exit, reducing annually to 10 seasons, which would also support liquidity and give these farmers greater choice about how long they retain an investment in the Co-operative. Meanwhile any new entrants would have up to six seasons to achieve the 33% minimum shareholding requirement. This compares to a standard three seasons for both entry and exit under the current structure.

· The Fonterra Shareholders’ Fund (the Fund) would be capped to protect farmer ownership and control. If greater flexibility was provided without making any other changes to the current structure, the thresholds relating to the size of the Fund could be exceeded relatively quickly. That’s because farmers would be able to hold fewer shares and non-farmers would be able to invest more through the Fund.

· The Fonterra Shareholders’ Market (FSM) would continue to operate as a farmer-only market, but shares would no longer be able to be exchanged into units in the Fund. As communicated in May, this means the share price may trade at a discount to the unit price, referred to as a restricted market discount. But aside from this initial adjustment, the farmer-only market should enable the Co-operative’s share price to better reflect the higher costs of capital many farmers have compared to external investors with more diversified investment portfolios.

· Additional measures to support liquidity in the farmer-only market would be implemented, recognising there may be lower levels of trading, so the share price could move more on small volumes. The Co-operative has sourced expert advice to determine the measures it would take to support liquidity. This includes allocating up to $300 million to support liquidity as farmers transition to the proposed structure, through an on-market share buy-back programme and other tools.

most farmers would rather a higher farmgate price a smaller net profit therefore smaller payout on dividends.

Its the hory old chestnut, in order to maintain an attractive dividend and share price, the money has to come from milk price. The tension between dividend and milk price has destabilised Fonterra since inception, as I expect it was designed to do.