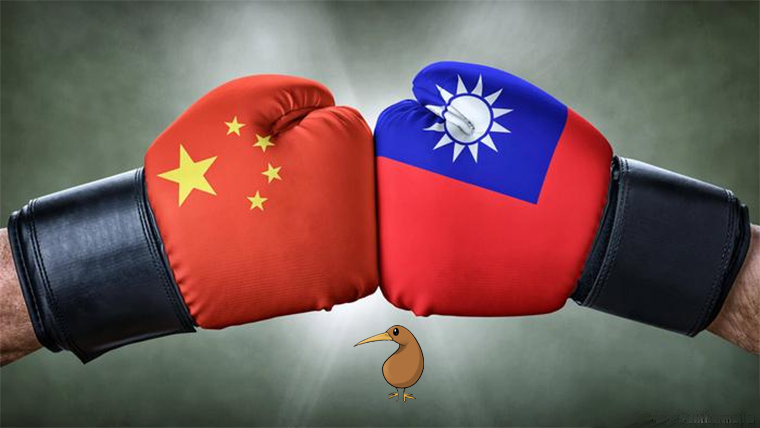 It may have slipped by many, but the queue of nations applying to join the Comprehensive and Progressive Agreement for Trans-Pacific Partnership (CPTPP) has just got longer and potentially more complicated.

Chinese Taipei (or the more familiar for Kiwis, Taiwan) has now made a formal application to join. This application makes the Chinese mainland approach even more complicated than before.

Prior to the Chinese Taipei application the mainland Chinese application could be dealt with reasonably simply. Existing members just had to vote for or against (or abstain) and live with the consequences. This, in the case of New Zealand, could still risk putting China’s nose out of joint depending how we vote. I.e. voting against China joining would be taken as a definite affront by China and there could well be consequences, hence an abstain if it is possible would make a lot of sense.

Chinese Taipei’s application adds another layer of complication, New Zealand could potentially abstain again, but it will start to look somewhat lightweight if we fail to front up. Especially after PM Ardern’s presentation to the General Assembly when she called for a freeing up of world trade. Two phrases worth quoting were “This is a challenge that requires us to work across barriers and silos.” And “At the same time we must include making trade more open and inclusive”.

The first was in the context of Covid and climate change but not far from trade, the second certainly related to trade.

Most in New Zealand won’t have a problem with the sentiments expressed. However, with our major trading partners drawing lines in the sand about how they view each other, New Zealand’s (so far) relatively successful manoeuvring out of the firing range of them is going to get more difficult.

The Biden government is meant to be reviewing the trade tariffs on imported steel and aluminium by November 1st, largely aimed at pacifying EU complaints, New Zealand who also got caught up in the Trump move in 2018 (noticeably Australia, South Korea, Mexico, Canada and Japan weren’t) may see this as a test of how the US sees New Zealand in the new climate.

A rational approach would be to try and keep New Zealand as a close friend. However, stranger things have occurred lately. If New Zealand does support the Chinese Taipei move it certainly will not go unnoticed by mainland China and this is likely to be where the greater risk lies, notably because we have the most to lose with China our largest trading partner and secondly because they take a dim view of countries not behaving in (as they see it) the best interests of China. Some protection may come due to the large shareholdings China has in both the milk and meat processing sectors.

Whatever the outcome there will be some head scratching going behind closed doors at the Beehive.

If events follow a normal chronological order mainland China will get its chance to put its arguments to join the CPTPP ahead of Taiwan. With Japan and Australia likely to be more strident than New Zealand in their opposition this may provide a veil of protection with our trading relationship with China and they may get locked out without New Zealand having to play too many cards. However this plays out, there is going to be some interesting months ahead.

Standing up to NIMBYs

Something else that raised the eyebrows this week was an article in the local Selwyn Times. Farmers will be familiar of the issue that can occur when new residents to an area raise objections about certain farming practices that they believe impact upon their rights to ‘peace and quiet’. In many cases the farming practices have been occurring many years before the ‘neighbours’ arrived in the neighbourhood. Examples range from; the smell and noise of pig and poultry farms, to bird scarer guns in vineyards to farmers driving tractors late into the night (and beyond) to get crops in or harvesting done.

However, in this case the objections took on a whole new approach (to me). Christchurch Airport were submitting an objection to a potential subdivision in Rolleston. In what is known as a “reverse sensitivity” objection, the airport is objecting to the subdivision going ahead to prevent any claims being made against it sometime in the future. As the map below shows Rolleston is quite a distance from the airport, in fact 20kms by vehicle and a there is a lot of residential areas far closer. No doubt the issue is because the site of the potential subdivision lines up with the runway coming in from the South.

Selwyn is the fastest growing (by percentage) council in the country. Started by the exodus from Christchurch after the 2010/11 earthquakes, the popularity is now driven by the relative abundance of land suitable for subdivision and proximity to Christchurch. Regardless of the rights and wrongs of the situation it occurred to me that if a body such as the airport (and Ministry of Education who don’t want to have to build another school among others) it seemed a pre-emptive strike could be a useful model for groups of farmers who wish to impede the encroachment of the urban sector up to farms and potentially impede their ability to operate.

Whether the law allows for such objections is questionable but in this case is does allow for the likes of; Waka Kotahi, Environment Canterbury, Christchurch City Council, the Ministry of Education and of course Christchurch Airport to object. What’s good enough for the goose etc. should apply, but I suspect it won’t.

I'm an avid buyer of Taiwanese computer technology. I completely support their inclusion in the CPTPP

Stay in the middle (保持中庸).

Do with manner and reason (讲礼和理).

NZ is all good (新西兰会顺风顺水的).

China has not been acting with any manner or reason.

your sentence would be correct if you change China to the US or UK or AUS or Canada.

After how China has treated Australia, I reckon ScoMo will be itching to dish out the Red Card to China. Lets just hope he grows a pair.

The world has had enough of Made in China.

Thanks for that, I haven't watched it yet. Better view it before the algorithm blocks it.

I think we need to re-frame the question.

Who do we think trading with will benefit NZ the most in the next 10 to 20 years?

Yes, when I see what's happening in UK, Australia, and the US, I'm beginning to look on China in a more favorable light.  I think I would be with them all the way if they didn't have their obsession with Taiwan.

Would replace obsession with naked geographical ambition more accurately, and position that territorially, well beyond the short stop of Taiwan. Before his grandson Kublai mopped up and annexed China, the birth of the Yuan dynasty, pointedly currency of today for a clue, the greatest conqueror of all time  Genghis Khan’s empire stretched as far west as the Ukraine. Therefore said ambition is no more than reclamation of former lands. QED.

Classic manoeuvre used to be to put the herd of cows recently separated from their calves, in the paddock next to an unfavoured urban neighbour......a week's worth of hilarity for the farmer and 24/7 mooing for the target....

Chinese Taipei is a name forced on Taiwan by RMB lovers. It isn't on Taiwanese Passport cover. Taiwan applied to join the CPTPP under the name of "Separate Customs Territory of Taiwan, Penghu, Kinmen, and Matsu", clearly not Chinese Taipei.