Guy Trafford reviews how the New Zealand pastoral agriculture sector compares with its carbon footprint; it's probably a marketing advantage 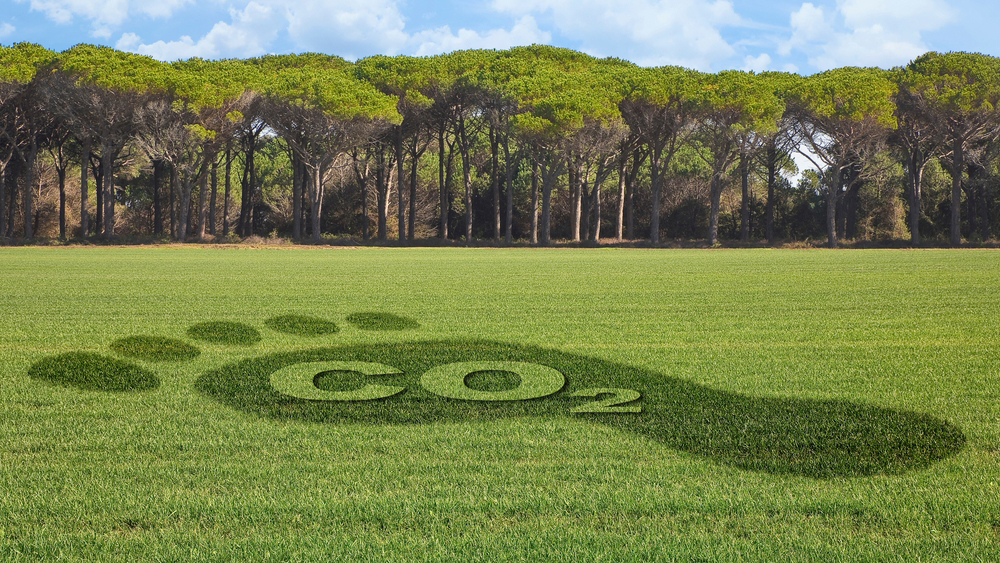 With the international conference on climate (COP26) now well behind us and ultimately not worth the airfares it took to get the attendees to it, I’m hearing discussions about what individuals can do to reduce their own carbon footprint.

This is starting to be seen as more critical as the governments of the major emitting countries have shown that they are not prepared to make the changes (sacrifices) required to lower emissions to a level where future generations may have a better than fighting chance of having a liveable planet. (It’s worth mentioning here that on paper New Zealand is/has responding well with legislation, it just remains to be seen if it can be translated into action. To date this has not occurred to any meaningful level but let’s give government the benefit of doubt in the meantime.)

New Zealand does have a programme to incorporate agriculture in the future (2025) and we are already one of the more efficient food producers in the world given our benefits of climate and on farm management. This may prove to be really important going forward when consumers start to monitor their consumption versus emissions.

In developed countries where most of our export products go there are 4 or 5 categories that make up the majority of household emissions. It is in this area that consumers are going to start to focus on to feel they are able to make some difference to emissions even if governments aren’t. Not surprising transport (transport energy) makes up the largest contribution, but with the drive to electric cars and more efficient public transport changes have been occurring in this area for some years already. New Zealand has been a laggard here, it’s smaller spread-out population part of the reason and lack of incentives the major part. $3.00 per litre fuel costs are certainly now capturing people’s attention.

Overseas, household energy is another large source of emissions especially cooler countries such as in Europe which have a high reliance of diesel or other fossil fuelled heating systems. New Zealand with milder winters and better resourced energy from renewable sources performs better here.

The other major source is food. Depending on where you look this can make up 20%-30% of household emissions. Ironically, people's focus is not only being driven to look here for environmental reason and benefits but also because the high cost of energy is making people become more discerning about where they spend their remaining cash. In New Zealand of the household emissions; transport makes up about 37%, food and beverage 25% and household and utilities 12%. From 2007 to 2018 household emissions rose 11.6% no doubt largely influenced by the increase in population which rose 8.7% from 2008 -2018 but also greater consumption.

Looking at the different food types, most farmers will be aware that what we largely produce in New Zealand (milk and red meat) are at the heavy end of carbon production especially when compared to other plant based foods. 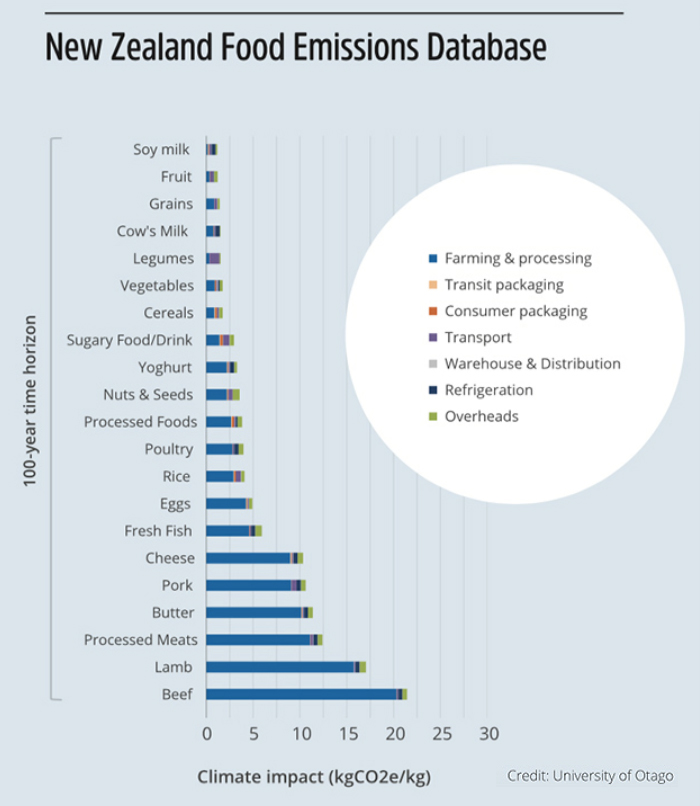 Fortunately, if we assume that there is still going to be plenty of consumers who want to eat meat and dairy products, be it in reduced amounts (but larger numbers), then New Zealand is well placed to capitalise on this trend. For dairy products New Zealand producers have the lowest (best) carbon footprint when compared to other major producers. 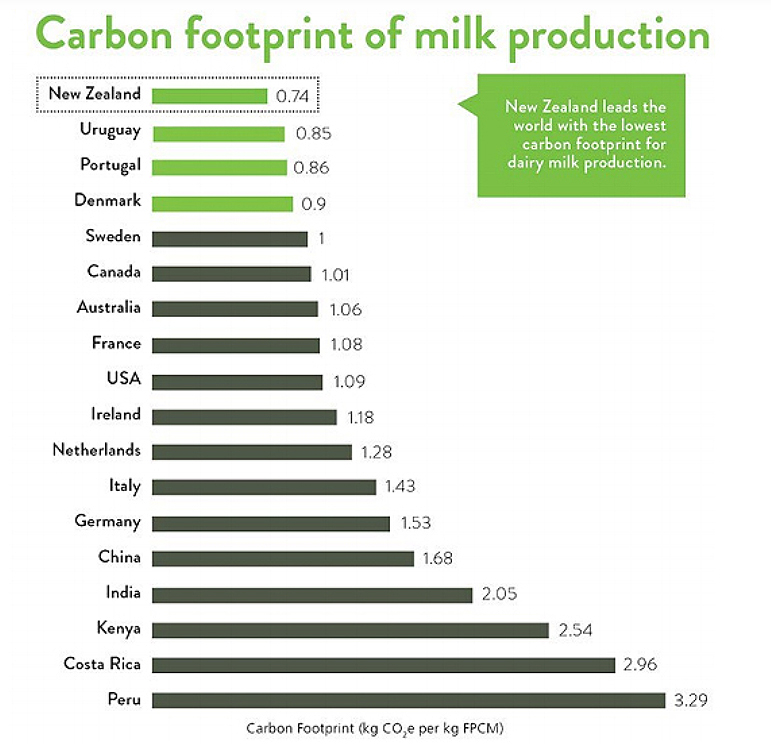 When it comes to red meats the comparison is equally telling with data from and looking at the US shows that at least on the examples shown US beef has over twice the carbon footprint and lamb about 50% greater than what is produced and put on the plate in New Zealand. 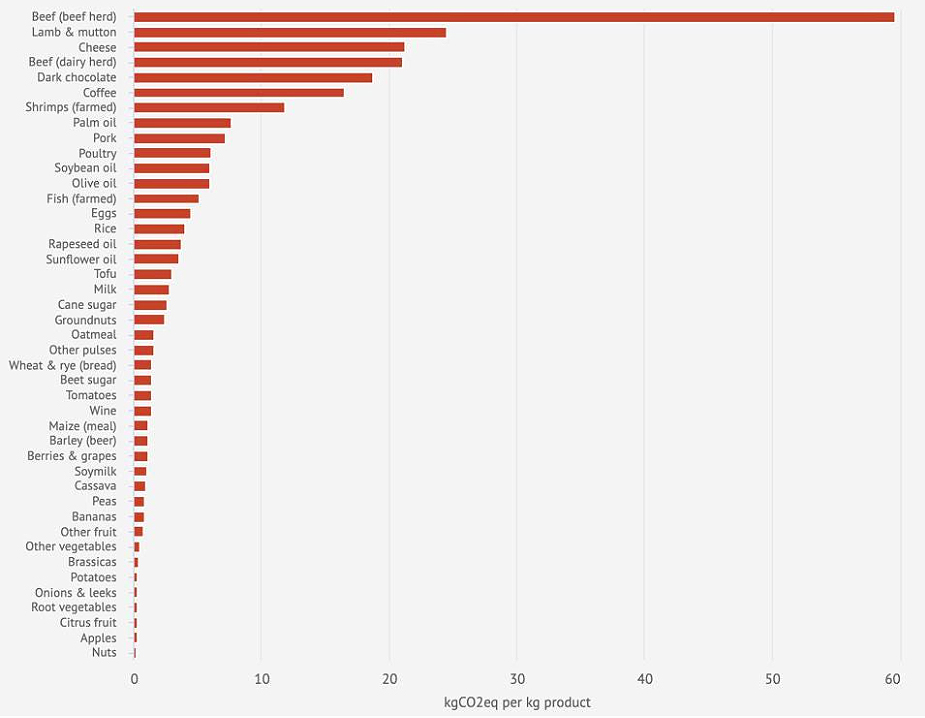 On considering why the US beef data is so much higher than New Zealand’s, the things that sprung to mind were: Larger carcass size leads to more energy consumed and younger animals are more efficient; Fatter carcasses, and fat takes more energy to produce than muscle.

Conversely, I do seem to recall that animal GHG emissions from feedlots (where most US cattle are finished) are lower per intake of feed than from pasture due to the feed types. However, the trends expressed above do seem to be the accepted norms and they certainly suit New Zealand’s case.

So, New Zealand farmers may feel hard done by with having to be dragged into the ETS. Especially when the UNFCCC recommends that food production is not included in any costs for carbon programmes.

However, as the consumer trends become more discerning, especially at the top end of the market which is where all New Zealand products need to be, then the fact that farming is included may eventually prove to be a strength rather than a weakness. We will have the lowest carbon footprint for our meat and dairy products and more importantly we should be able to prove it.

So, while farmers may not wish to actually embrace the He Waka Eke Noa consultation they certainly need to recognise that this should help to future proof livestock farming into the foreseeable future and should provide another form of competitive advantage to New Zealand exports. The EU (as previously reported) already has a programme to ‘tax’ imports into the EU that they feel do not acknowledge (and pay for) the carbon emissions, so the screws already are beginning to tighten.

This may be of interest .

I have not read it yet , so have no comment.

"I do seem to recall that animal GHG emissions from feedlots (where most US cattle are finished) are lower per intake of feed than from pasture due to the feed types." I wonder if this emissions figure includes growing the grain fed to stock, in a heavily mechanised system, or merely the more rapid conversion of high protein meal to carcass weight, meaning lower lifetime methane release?

•Emissions from the grazing system were offset completely by soil C sequestration.

Guy, is that carbon footprint of milk for liquid milk? Given that a lot of our milk goes overseas as powder it would be interesting to know the difference in terms of CO2e.

"The EU already has a programme to ‘tax’ imports into the EU that they feel do not acknowledge (and pay for) the carbon emissions"I wonder if France will tax itself?  https://www.bloomberg.com/news/articles/2022-02-06/france-coal-fired-power-plants-get-short-term-right-to-burn-more

Yes , it does , at about twice the rate NZ does. Thats the idea of taxing imports , so carbon tax free(or low) countries don't have an advantage.

Interesting. It would level the playing field for the industry, but it would be very much to the farmers advantage to have NZUs levied against their product, rather than EU carbon credits applied at roughly twice the price per unit/tonne, so currently desirable for their product to be carbon taxed before going offshore.

I would think they will be aiming at countries with no or low carbon payments before NZ.

"what individuals can do to reduce their own carbon footprint." Nothing. Voluntary carbon offsetting of Air NZ flights runs at less than 0.77% of seats sold - and that will be government officials and interest commenters.

When Joe public is asked to voluntarily pay to attempt to change the climate back to the Little Ice Age they don't.

Have you considered that many may have reduced the number of flights they take , or stopped flying.? Or planted their own trees to mitigate their flights? Definetly not a majority in NZ , but a large and growing movement in Europe. These are our high end customers. (well , a higher than average % of them may be vegetarian).

consider the impact of trade aid , and the boycott of South African products (Neil , are these South African lentils?)  that helped end official apartheid in S.A

there is a niche market there for NZ, but we would have to live up to its expectations. largely we do ,

A very niche market, when the rubber hits the road only 0.77% of punters are willing to fork out even a few a few measly  bucks - at that is the more well heeled jet set class..

I am shocked to learn that milk is less CO2e than rice!  My all meat diet isn't going to win me any friends though.