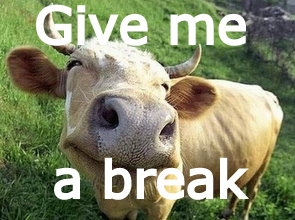 The country's biggest rural lender, ANZ New Zealand, wants to see any new farm lending capital requirements introduced by the Reserve Bank phased in to help with the "non-pleasant" task of telling farmer customers their interest rates are going up.

ANZ CEO David Hisco told interest.co.nz an increase in capital, through the central bank's proposed capital overlay for rural lending, would mean the cost of borrowing to customers would need to go up by an equivalent amount.

The Reserve Bank plans to introduce new farm lending capital requirements in June in a move that's expected to see banks assign more equity to the funding of rural loans and lead to higher borrowing costs for farmers. Further details are expected in the central bank's next Financial Stability Report due on May 11.

Last year the Reserve Bank delayed initial plans for a tightening of the capital rules after protests from farmers and bankers that such a tightening would add 30-50 basis points to farm borrowing costs. See Bernard Hickey's April 2010 article here.

Accounting firm KPMG warned yesterday in its annual Financial Institutions Performance Survey  that the Reserve Bank's plans could act as a brake on growth in the rural economy and increase borrowing costs to the productive sector, possibly hampering an export-led recovery.

Hisco said ANZ had made a submission to the Reserve Bank as asked on the issue. He said any increase in capital requirements would be an increase in input costs which ultimately flows through to customers.

"Obviously that wouldn’t be helpful to farmers," Hisco said. "What we’ve said to the Reserve Bank is changes we can understand, that’s reasonable, the world has to change. But if a change can be phased in, then it gives people time to deal with it and adjust their cashflows and what have you to suit."

'The longer the phase in, the easier it is to swallow'

ANZ could see the logic behind what the Reserve Bank was looking to do, but phasing in any new policy would help customers.

"The longer you do a phase in, the easier it is to swallow. So it’s really just a matter of seeing whether there’s any scope or opportunity to phase it in rather than bring it in in one hit because that’s when things are the hardest to deal with," Hisco said.

"Obviously we’d have to pass it on and then we’d have to explain it to the customers and certainly it’s not something which is going to be a pleasant task," Hisco added. "Because obviously a lot of our farmers are recovering from, in some instances, being a little bit over leveraged so the current milk prices have been very helpful."

Fonterra is forecasting payouts to its dairy farmers, before retentions, of between NZ$7.90 and NZ$8.00 for the 2010/11 season based on a forecast milk price of NZ$7.50 per kilogram of milksolids and a distributable profit range of 40 cents to 50 cents per share.

Better payouts were providing a much needed injection to the industry, Hisco said.

"The key thing from our point of view is that ANZ sees the agriculture industry as key to New Zealand’s growth. We have to have a successful agricultural industry for New Zealand to succeed as a country. Agriculture is a key part of our business and so we want to support our farmers. Whatever happens with the capital (rules) we want to be there explaining what it means to our farmers and helping them through."

As of September 30 last year, ANZ had net loans to the agriculture, forestry and fishing sectors worth NZ$19 billion, down from NZ$20.4 billion a year earlier.

The Reserve Bank's plans for new farm lending capital requirements come amid ongoing concerns about high rural debt levels, particularly in dairy farming and viticulture. The latest Reserve Bank figures show agriculture lending at NZ$47.48 billion in March, up slightly from NZ$47.45 billion in March 2010, but down from NZ$47.75 billion in February this year.

Really. Are they lying or not. Last night I watched an interview with Mike Smith CEO of ANZ. He stated that ANZ profits increased in the last 6 months (AU +26%) (NZ +24%) due to lower costs of wholesale funding coupled with a reduction in bad debts provisioning.

Is RBNZ doing that for housing as well?

No action on LTV but telegraphng a rise over a short-medium term would help stifle the enthusiasm of residential buyers paying too much for houses.

ANZ Mortgage business not too flash on OZ

As Westpac today reported a 7 per cent rise in its closely watched cash profit to $3.17billion, analysts at UBS said ANZ’s sharp rise in arrears — or overdue debt — was an “ominous lead indicator for the domestic economy”.

ANZ reported yesterday a sharp rise in arrears since September, with more than 30 days arrears rising 41 per cent to $5.8bn, while more than 90 days jumped 26 per cent to $2bn, with the majority related to its Australian mortgage business."

Having already delayed this, they want to kick the can down the road again so it can catch up to the ETS can. By the time we catch up to them, commodity prices will be down too. Just get on with it, it should have been done years ago!