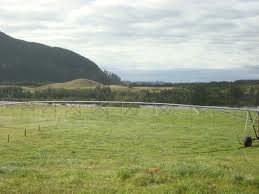 Rural products and services provider PGG Wrightson says it has finally received repayment of its outstanding loans to the Crafar farms, getting about NZ$25 million.

The payment comes after Crafar receiver KordaMentha announced late on Friday the sale of the 16 central North Island dairy farms to China's Shanghai Pengxin, for about NZ$200 million, had settled.

Receiver's reports for the four Crafar companies - Plateau Farms Ltd, Ferry View Farms Ltd, Taharua Ltd and Hillside Ltd - show Westpac was the security agent and total bank debt was NZ$194 million at the time of KordaMentha's October 5, 2009 appointment. By April this year bank debt was up NZ$80 million, presumably due to interest, to NZ$274 million.

As of April this year KordaMentha's receiver's fees had reached almost NZ$7.3 million.

"The Crafar Farms loans represent the bulk of the NZ$29 million of outstanding loans retained by PGG Wrightson under its subsidiary PGW Rural Capital, following the sale of PGG Wrightson Finance last year."

Late on Friday KordaMentha's Brendon Gibson said despite a long and challenging process, the receivers were happy to have secured the sale of the Crafar farms at a "very pleasing" price.

"Following extensive local and international marketing of the farms as individual units and as a group, Pengxin's offer was far and above the best received so we are very satisfied to secure final settlement," Gibson said.

"We have operated the properties for three years and the farms will be handed over as a full going concern for Pengxin and Landcorp," he added.  "This was one of the most difficult, challenging and complex transactions we have completed."

Gibson said the receivership would conclude with the final Fonterra payout for this season not due until October 2013.

and:
"Following extensive local and international marketing of the farms as individual units and as a group, Pengxin's offer was far and above the best received so we are very satisfied to secure final settlement," Gibson said.
Best for whom?

I've updated with some detail that helps with your questions 1 & 2.

Long forgotten in all this are the unsecured creditors that will not get paid. The transport companies, vets, electricians, plumbers etc etc The Taupo region is particularly hard hit in this failure.

This sale completing will have quite an impact on the REINZ farm sales figures...

The point wasnt  stopping them before they rorted more local contractors and businessmen, before they committed more acts of environmental sabotage, and before they committed more acts of animal cruelty. However, the result of the liquidation was this, and for that I think we can be greatful.
If you think the recievers should have been able to manage those farms better, and made more money, I think you are wrong. They are accountants, they are trying to fix the mire Crafars and the banks created. They arent farmers. They are paper pushers just doing there best to sort other peoples mess.

I suppose Gareth the banks and many farmers will be relieved to have these high valuation figures added to the mix..........keep that balloon fizzing slow

Heartland have taken over the WrightsonPPG loan book. How many unsecured loans do they have? Wrightson started up in rural Finance at the worst possible time and the assets backing those loans are worth less now, in some cases a lot less. Next SCF?

Yes Andrew, its interesting to see PGG have their money out of the Crafar deal now. So the Heartland loan book could be very shonky, despite supposedly getting the better loans. How did they decide which were the better loans I am left wondering.