Rural News
Keith Cooper thinks what farmers say they want, and what they do when they make on farm decisions, conflict. That makes for an unstable prospect for co-op amalgamation 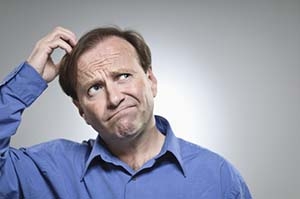 I was recently invited to apply to be considered as a demonstration farm by Beef+Lamb, subsequently another invitation was received from a meat processor to participate in a PGP / Industry / Beef+Lamb funded, Red Meat Profit Partnership - benchmarking project.

I suspect I could also identify other similar such programs all centred around improving on farm performnmace / quality.

It struck me as I considered these invitations, as a sector we are surrounded by duplication or as some may translate, competition.

Equally, I gaze over the cattle yards on a main road and observe a continual stream of farm machinery service vehicles plying the same road on a daily basis. I suspect one could also mindlessly count livestock agents vehicles (if they were all sign written) and come up with an interesting tally. Duplication or competition?

It is clear duplication is rife, many would argue it not duplication but rather competition, however one can validly wonder where the break point is between duplication (and the cost) versus the gain achieved form competition.

Instinctively we can all rationalise we want choice, however choice clearly does have a cost, a cost that farmers bear in the cost of goods and services they procure.

So with that thought in mind (cost and duplication) I turn to the debate that is developing (again) around the amalgamation of two meat co-ops.

Logically there is no need for two farmer co-ops, however one needs to explore the purpose and point of co-ops originally.

Co-ops were established to enable farmers to gain from aggregating their livestock volumes and gain the true market value (and resultant profit) from their livestock in an era where the NZ meat sector was dominated by overseas owned entities. In addition there was an attraction and belief, being a co-op member conferred the right to preferentially allocated processing space when it was common place to wait some weeks to get livestock processed and longer in the event of industrial disruption. Whilst processing space will become an issue from time to time due to droughts or disruptions, I wonder how many of the current generation of farmers really understand the value of a co-op when there is little difference (if any) between the service levels and value propositions of all meat processors.

There is no doubt that a 9 digit saving is available from a co-op amalgamation, yes it will come at a cost, being plant closures and worker layoffs.

As with any aggregation it is very simple to calculate the synergistic gains, however banking the synergy gains can sometimes be problematical, particularly when you are relying on the same level of farmer livestock supply through a reduced number of plants – which is the key driver of any meat processor amalgamation. This is where the issue of co-op amalgamations manifest, primary due to farmer behaviour.

It has been proven many a time that farmers want choice or competition (duplication) and when that is removed, in the case of an amalgamation, a number of farmers will exercise that choice and take their livestock elsewhere, which immediately undermines the synergists gains of the merger - and it doesn’t take a large volume of livestock to do so.

This view is underpinned by the story of a group of farmers who were challenged some years ago as to why they were investing in establishing a new competing meat processor in the South, the answer being “we need to keep the co-ops honest“ !

It is appropriate to mention and pay tribute to Craig Norgate who passed away this week. His vision was to remove duplication between PGW and Silver Fern Farms, create a vertically integrated model from consumer to farmer (Plate to Pasture), in turn establishing a platform to consolidate the co-ops, farmer ownership and ultimately roll up other smaller processors to create critical mass to streamline costs and value from the market. A true strategic thinker and plain bloody good bloke, who once said to me, “I just love hanging out with farmers” – perhaps wise words for primary sector leaders of today.

That transaction was not consummated due to the GFC in 2008, however we now have the advent of MIE, theoretical analyses and shareholder resolutions all aiming at amalgamation of the meat co-ops. Considerable energy and enthusiasm is being directed at Directors of the co-ops who have been put in that role to make decisions based on the data put before them and make the best decisions in the interests of the entity. In a co-op that can be circular as what Directors may believe is the best decision may in turn transpire to be the “worst” if shareholder/suppliers move their livestock away from the entity.

In my view farmers and their ginger groups should be focused on how they can create value for a new entity to enable that entity to make a good decision. Focus should be on how a model, contract or obligation can be created to ensure farmer suppliers support any amalgamation with livestock in the future, as that is the backbone of any meat processor amalgamation business case. That will create a “currency of change” for the co-ops.

The inverse would also apply, if it is perceived the entity is not acting in the interests of the supplier / shareholders. How brave are those shareholders? Will they stand together and move their, livestock supply to another processor who does have some vision for the future of the red meat sector? Or will they stick to what they know - duplication, extras costs, waste and that bloody good stock agent they have been with for years?

If farmers can’t make that move what hope is there they will commit to supply any new amalgamated co-op, if they can’t make a change and vote with their livestock in the first place?

Keith Cooper is the ex-CEO of Silver Fern Farms. He has been involved in the meat sector for 35 years spanning sales, marketing, leadership and governance. He is building a professional Director career and primary sector advisory based in Dunedin along with his farming interests in Middlemarch, Otago. You can contact him directly here.

co-ops are great - until corporate interests inside the co-op operation take control. then you're back to square one.

Also many of the farmer representatives aren't actually on-farm farmers. Thus have more interest in political and power arrangements than actual on farm business improvements. That problem doesn't go away with co-ops.

thing is changing dairy co takes a while with no buyers/agents, the livestock its up until where the truck goes with buyers/agents and sales yards buzzing round.

The biggest problem with the advancement of farmer interest are the self-serving bottom feeders who suck off the farmer teat whilst purporting to serve them. We have the Beef& Lamb who are struggling for relevance as they approach the CLA deadline and Federated Farmers whose admirable record involves walking bowlegged from fence sitting extraordinaire. The decline in the flock and associated land use change a telling commentary as to the effectiveness of their legacy! SFF has also played a significant role in the demise of the sector, their antics over the Richmonds fiasco followed by years of dominance of management over governance coupled with excessive borrowing and a subsequent lack of banker confidence continue to haunt the farmer balance sheets across the spectrum.

Hank: Anger is one thing ( and not always a flattering thing), but where were you when farmer organisations voted? Did you stand? Did you get involved in governance? Could you persuade your peers? Or did you just sit outside and complain? Only those who made the effort have cred when it comes to farmer-co-ops and farmer-elected bodies.

Too many want "farmer interests" advanced without making any effort themselves. That is free-riding.

I believe, as pointed out, by shared up Fonterra cooperative farmers, on this site, a small number of corporate farmers with overwhelming share voting power out voted the many more individual farmers, with fewer collective shares, when it came to a choice of adopting TAF or not. Seems about right given the RBNZ claim that 10% of dairy farmers have 50% of the ~32+NZD billion debt.

Hi David, yes I was involved, in fact the reason I moved on is I got sick of being the lonely harbinger of doom. It now seems the various chickens are coming home , forgive me if I say, "told you so". What angers me and yes, not a good look, is that we have a destructively competitive model beyond the farm gate, it is destroying farmer balance sheets as they continue to subsidise that inefficient model, but more importantly we have potentially the best provenance story in the world and the flawed model prevents us from telling and selling it.