Allan Barber again defends the Silver Fern Farms-Shanghai Maling deal, saying perennial expectation SFF was a year away from disaster was bad for the whole industry

Allan Barber again defends the Silver Fern Farms-Shanghai Maling deal, saying perennial expectation SFF was a year away from disaster was bad for the whole industry 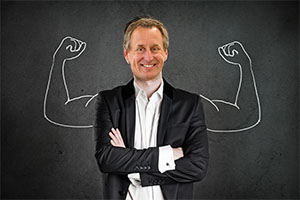 I have already pinned my colours to the mast by saying the joint venture between Silver Fern Farms and Shanghai Maling will be good for the meat industry and New Zealand as a whole, whereas some commentators don’t appear to share my enthusiasm.

Some companies are also less than ecstatic about what it might mean for future competitive behaviour.

One experienced meat industry participant I spoke to suggested the immediate outlook would be more of the same, because nothing has actually changed. As things stand this is quite true – the capacity issue has yet to be addressed, dairy conversions will continue, livestock numbers are unlikely to improve, and market access issues, particularly into China, remain a problem for many meat companies. The war of attrition, characterised by livestock procurement competition, will not disappear any time soon.

My enthusiasm for the deal is based on my optimism about the general benefits of introducing financial stability to the operation of the country’s largest meat processor and exporter.

The perennial expectation SFF was only a year away from disaster was bad for the industry as a whole, even if it resulted in individual companies being able to capture new sources of livestock supply. It also gave them a possibly misguided sense of security because there was another company worse off than they were.

But it can’t have been good for the whole red meat industry to be seen as inefficient and loss making, when it is still the second biggest contributor to New Zealand’s export revenues. Constant campaigns by farmer groups to restructure the industry and lobbying of government to do something to sort it out give the inescapable impression the meat industry is a basket case.

The farmer perspective is always directly influenced by how much they receive for their livestock and, with a couple of exceptions, in recent years this has never been enough. The main reason for this has not been industry inefficiency, but the overvalued NZ dollar which has only recently fallen to a more realistic level, since the US economy has finally shown some improvement from the darkest days of the GFC and quantitative easing.

In fact livestock competition has meant farmers have generally received more than the market warrants, except during periods of drought. Even then it is quite possible lower prices during droughts are more than justified by the cost of having to hold excess production in the freezers.

The general view appears to be the only way to gain more money for livestock is to own the value chain, which may be true, but before owning the value chain, it either has to be bought or it must be created. Neither of those options comes cheaply and there is no point in thinking a merger of two cooperatives will do anything at all to capture or create a value chain.

I believe the red meat industry will gain more from a change of perception of its capabilities than from any structural change. The term ‘freezing works’, still used today although it’s over 20 years out of date, does nothing to correct the impression most of our exports go out in stockinette bags. SFF has done more than any other company to correct this impression in recent years with its branded meat cuts, although these are only a comparatively small part of its business. But the equity injection from Shanghai Maling will enable it to accelerate these efforts; ironically access to the China market for chilled product is still blocked.

SFF’s financial stability, always presuming the under-resourced Overseas Investment Office eventually approves the transaction, will go a long way towards correcting the erroneous impression our red meat industry is a perpetual underperformer. All meat companies to my knowledge add value to their product range, whether it is high value chilled meat cuts for high end restaurants and consumers or co-products saved for high value clothing and upholstery, food production or medical treatments.

The immediate impact of the investment by Shanghai Maling will be quite small. For starters it will take the OIO up to nine months to make a decision, so next season will be much as before. Meantime I expect all companies to review their capacity in relation to livestock volumes, but without any expectation of bank induced restructuring, now SFF appears to have moved from most at risk to one of the most secure.

SFF CEO Dean Hamilton’s position is there will be no major change over the next 12 to 24 months, but in time he would like South Island sheepmeat capacity to be brought more in line with livestock availability. While he accepts SFF has some of the excess capacity, he refuses to accept they are the only company with work to do. He also rejects the validity of the processing cost analysis prepared by GHD as part of the MIE report, saying a better measurement is gross margin rather than cost per head. If per head cost was the only measure, it would imply the best option was to export lamb carcasses or quarter beef at a loss with minimal processing.

In the meantime the other big South Island processor Alliance isn’t sitting on its hands waiting for things to happen, but is getting on with its own strategy, founded on delivering value to its suppliers as the only 100% farmer owned cooperative by rewarding loyal suppliers and continuing new market and product development. The clarification of SFF’s status and ownership provides Alliance with a distinct point of difference and will no doubt prove attractive to suppliers who want to be part of a true cooperative.

As always, farmers will make their choice of processor for several reasons, but they can now do so with confidence their industry is finally getting its act together.

Allan Barber is a commentator on agribusiness, especially the meat industry, and lives in the Matakana Wine Country. He is chairman of the Warkworth A&P Show Committee. You can contact him by email at allan@barberstrategic.co.nz or read his blog here ». This article first appeared in Farmers Weekly, and is here with permission.

Allan likes to perpetuate the myth that SFF were actually broke. He conveniently overlooks the fact that they had paid off $240m in debt in the last 2 years and were on track to have core debt down to $89m by years end. Quite why they needed to take on such a large investment at a time when their strategy under a new leadership team was just starting to pay dividends defies belief. Now they get to send 50% of all future earnings offshore. The structural reforms with Alliance which Allan is so dismissive of had the ability to deliver $100m per year of synergies with 100% of the benefits and control retained by NZ farmers. The Chinese have no interest in making NZ farmers rich, we are naïve if we believe that to be the case.

Short sighted shareholders and board looking at short term gains.