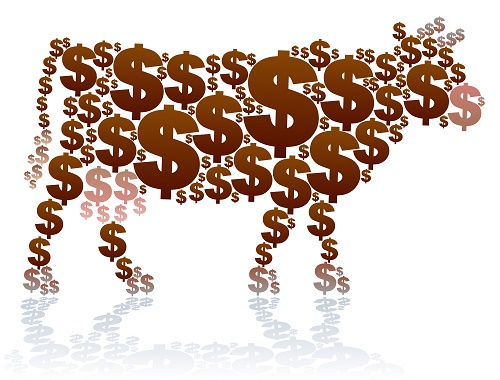 The PR spin was pretty active signalling a much improved half-yearly result for Fonterra, which was duly delivered this week. The company confirmed a 40 cent dividend for the full year with the interim dividend being paid next month as usual and the final dividend being paid in two tranches in May and August instead of October.

This improvement in cash flow will do something, but not a lot, to comfort farmers labouring under a debt burden.

Unfortunately it will do absolutely nothing to support sharemilkers who will have to rely on their share of the milk payout.

Predictions for the rest of 2016 are notable for their conservatism, probably in recognition of a disappointing track record when forecasting the extent of the current downturn.

The predicted outlook is for the Whole Milk Powder price to lift, EU production to revert to growth of 1% per annum and for Chinese demand to grow by 4-5%, but with the caveat a supply or demand shock could change this outlook.

I suppose they had to put a prediction in the report, but this one is a combination of dipping one toe in the water and having a bob each way. It won’t give farmers any real hope, but at least it is preferable to inspiring them to keep on investing in the expectation things would recover quickly.

This half yearly result was the one Fonterra absolutely had to get right. If the company hadn’t taken advantage of the low milk price to increase margins from its ingredients, consumer and food service businesses, there really would have been hell to pay, starting with a serious look at the performance of the chairman and CEO.

So the question is whether this improved result was as good as it could or should have been, which is of course where the spin takes over.

The announcement is unrelievedly positive – all the arrows point in an upward direction, apart from NZ milk supply, and the disruption to the global dairy trade is referred to as a temporary imbalance, brought about by the lifting of EU quotas, China’s slowdown and the Russian trade embargo. This is probably correct and we must hope so, but Fonterra’s stance suggests everything will return to normal in due course.

This is what leads to a certain degree of concern. If nothing has fundamentally changed, Fonterra will be able to carry on exactly as before, operating in a pure commodity market, with its suppliers having to experience peaks and troughs in milk payout. Fonterra in theory will do well when milk prices are low and not so well when they are high. This mirrors the pattern of the much maligned meat industry which for the last ten years has been encouraged to become more like Fonterra.

Apart from the fact Fonterra still processes about 85% of total milk supply, there doesn’t appear to be much difference between the meat and dairy industries. The current situation makes MIE’s continued efforts to achieve farmer ownership and consequently strategic direction of the two cooperatives a dubious proposition which farmers would be sensible to reject.

To put the company’s result in context, it would be helpful to get more information about the percentage of genuine value added, further processed production Fonterra envisages being able to achieve over a specified time period, the capital requirements needed to get there and the impact on milk payout. This would then lead to a proper discussion about the available sources of capital and an examination of the company’s ownership structure.

When Fonterra was formed, the benefits of a separate export marketing organisation were lost. The Dairy Board was no doubt bureaucratic, and I would not suggest reinstating that structure, but there would be some significant advantage in having separation of raw material processing and added value production.

If this were to lead to the introduction of external capital for the added value business, as it undoubtedly would, New Zealand farmers would have a choice whether to concentrate their investment on their farm or to take an additional stake further upstream. This would start the process of spreading risk, both for the farmer shareholders and for Fonterra as a commodity trader and processor.

After the latest announcement, optimistic as it is, the jury is still out for me on whether Fonterra could have done better or is in a more robust condition than it was to handle the dairy industry’s volatility. I look forward to seeing evidence of progress towards a less vulnerable future.

Fonterra don't want supply to keep dropping as it decreases economy of scale, especially with big infrastructure expansion recently so they have to paint a rosy picture and rely on farmers holding production