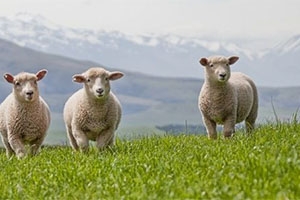 ANZCO Foods has just released its annual result for the 15 month period ended 31 December which shows a reduced profit compared with its 12 month 2014 performance.

Notable features of the result were a large increase in inventory and in current bank debt which can be partly explained by the purchase of the remaining 50% of Five Star Beef and the effect of the December quarter. However these factors do not seem to explain fully the extent of the increase.

Despite the pre-tax profits achieved in the last three years, these are almost exactly equal to the size of the loss in 2012, coming within $200,000 of each other. ANZCO has a proud record of making a profit every year except one since the turn of the century, but a look at the last 16 annual results shows a steady downward trend since 2004 except for upward blips in 2008 and 2013.

During the early part of the century ANZCO’s turnover was well below $1 billion, but its profits ranged from $10 million to as high as $27 million. However with the exception of a profit of $15.634 million in 2008 and $12.22 million in 2013, the final after tax profits have fluctuated at a lower level between $406k and $7.6 million. The return on shareholders funds have also deteriorated as the turnover and capital employed in the business have increased. In the latest year the return on funds was 2.06% compared with a peak of 25% in 2001.

ANZCO became a subsidiary of Itoham Foods in February 2015 when the shareholding increased from 48.25% to 65%, hence the change in financial year to match that of the parent company. To this point there does not appear to have been any change in the composition of the board which still has three directors representing the Japanese parent, Itoham Foods, and minority shareholder Nippon Suisa Kaisha.

However, in spite of the fact this has been a very longstanding relationship and investment, the inescapable conclusion must be that Itoham would like to exert more influence on the company’s performance which appears to be in something of a rut.

The current season for the industry as a whole is challenging which suggests 2016 may not be any better than 2015.

The likely answer is Itoham are not particularly worried about anzco's performance as they are no doubt making high margins from the product further down the supply chain. A lesson SFF shareholders need to heed should the Shanghai Maling deal ever go through.