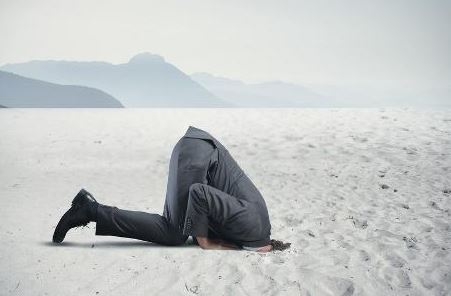 Last week’s profit warning from SFF chairman Rob Hewitt confirmed what industry observers suspected – this season has been affected by a combination of factors which has made achievement of the budgeted profit more remote than ever. At the half year Hewett had already warned the year end result would be materially different from budget without specifying numbers. The latest warning indicates break even at best.

The current season has suffered from reduced livestock volumes, regular rain and grass growth in most parts of the country which even out supply patterns, and an obstinately strong NZ dollar. Processors have been squeezed at both ends, paying too much for livestock and not earning enough from the market.

Against this background, the SFF shareholder meeting set for 11 August appears ever more futile and damaging to the company’s interests. Last week’s press release reiterates the board’s frustration and disappointment with the actions of a small group of shareholders who have requisitioned a special meeting in an attempt to overturn the deal with Chinese company Shanghai Maling.

“Subject to Overseas Investment Office approval, Silver Fern Farms is bound to complete the transaction with Shanghai Maling. This meeting – whether the resolution is passed or not – cannot change that.

“The Status quo is not an option. Our disappointing financial performance this year illustrates again the volatility of the industry and the risks associated with our current capital structure. We remain under lender pressure to address these issues.

“The Board believes Messrs Shrimpton and Gallagher do not appreciate, and so are not fairly or accurately representing, the prospects and risks of any refinancing and restructuring the Co-operative would need to undertake should the Shanghai Maling investment not proceed.”

When I spoke to John Shrimpton several months ago, he was adamant SFF had failed to disclose relevant financial information to shareholders before holding meetings as a result of which it gained 82.5% of votes cast in favour of the transaction. He claimed the vote did not comply with the constitution which required a 75% vote at a special meeting.

The substance of the requisition was that SFF’s financial position at the end of the September 2016 financial year was significantly better than stated and consequently did not carry the risk of a banking foreclosure as claimed by the company. Unfortunately the 2017 budget painted a rosy future which, if achieved, would have further minimised the probability of banking facilities being withdrawn.

Of course what the banks knew, as did everybody else with experience of the meat industry’s volatile profitability, was that every season is different and two good years very rarely happen in succession. However, for reasons which appear to be driven more by bloody mindedness than logic, Shrimpton and his group remain determined to inflict as much damage on SFF as they can.

Following the announcement of Shanghai Maling’s intended investment of $261 million, SFF’s shares have risen in value from 35 cents to a level nearer their issue price of $1, but that doesn’t seem to be of any interest to the requisitioners. They appear to be more interested in destroying the company than in securing its future, because if they are successful the board would have to resign, the banks would withdraw support and the staff would be in limbo. Would anybody fancy the idea of Shrimpton and Gallagher as chairman and deputy with their obviously intimate knowledge of running a meat company?

The most sensible outcome will be resounding shareholder support for the transaction and a positive OIO decision. The latter will secure SFF’s future as a well-capitalised meat processor and exporter.

Given their performance leading up to the take over vote can you believe anything that they say?

Actually John Shrimpton would make an excellent chairman. Unlike the current board he has two decades crafting a highly successful business career in Asia. He is not a rabble rouser he has far more understanding than the current board about the underlying motives of SM.

Good grief! He is an English merchant banker! He is no farmer, and has no experience at all in the food industry. It is hard to see he has SFF interests or their shareholders interest in mind. It is probably just a private equity financial game to him. Its a carpetbagger play, with the locals being used.

And read this. His stint at Dragon Capital didn't end well, it seems.

David, you seem to be on the same character assassination project that SFF are on with Shrimpton. From your link:

Scriven says, however," there is no link between the problems at Nui Phao and Shrimpton's departure".

From my reading he appears to be merely a concerned shareholder who is questioning the legality of the deal, the necessity of it and the benefits and has done so in a very methodical manner. To my knowledge he has no history in the farmer politics that has engulfed this sector. Your accusations are without basis.

Please read what I am about to write with the addition of lots of shouted expletives as they are what I am thinking!
Shanghai Maling is 100% owned by the Chinese Communist Party as government of China!! How does selling control of one of our most important industries into the control of the government of another country, leave alone, a communist one, benefit? Are you bloody mad? If it is in such a parlous state then why are they interested in it?
The OIO better get its big boy pants on over this one.

Another export industry, and god knows what else, thrown away for frivolous, short-term reasons.

Yeah, right. Does he think we just fell off the back of the stupid truck? I'll bet they briefed the hell out of him, but he doesn't want public to know he did the usual nothing.

You are wrong Alan very wrong!!!
Many old NZ large companies are blighted by poor management of a self serving nature etc No inventory shat a joke that's how it should be. everything is sold process some more!!!!
If SFF is in such bad shape the management is accountable it should be allowed to go into receivership
other NZ only operators should be able to buy it at a sale price and then start afresh this is economics ABC
It must not be sold to foreigners who take all the profits offshore with little disregard for the effect on NZ
Have you not learned the lessons of the past NZ is for NZers only end of story.
NZ companies profits should be reinvested in NZ

I totally disagree. To let SFf fall over and let NZ interests buy it would achieve nothing except destroy shareholder value. If you want to control the value chain you must invest in it.

"If you want to control the value chain you must invest in it." Who will have control at the end of this?

Imagine, do A2 own all the processing and distribution assets they call upon.?

Now
Mr Ilic said his customers continued to tend towards lamb and free-range pork, due to the ongoing high price of beef. In the four years of operating his stores, he says the biggest change has been the shift towards grass-fed meat.

"We now see a huge backlash against grain-fed beef. I think we are eating less meat, but consumers are a lot wiser in what they buy," he said, adding that transactions were smaller, but what customers purchased was "high grade"

Here is an example of industry building by a foreign investor defending a pretty poor market position.
Up the lawyers.

The court battle between a2 and Lion Group, which owns milk brands Pura and Dairy Farmers, was originally going to focus on the right to use the term "A2 protein" on labels.

But in the Federal Court on Tuesday, the defendant Lion said as well as protecting its "Naturally contains A2 protein" claim, it was planning to scrutinise the science behind a2's health-related claims.