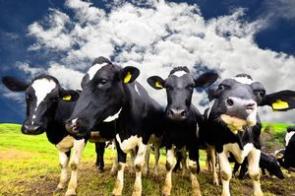 DairyNZ has lowered its estimate of the break-even milk price needed by the average dairy farmer for the second time in 2016, this time by 20 cents per kilogramme of milk solids to $5.05.

The break-even cash price includes farm working expenses but excludes adjustments for unpaid management and depreciation. It also includes interest and rent, tax and drawings, and nets off livestock and other income received.

“The reduced milk price has meant farmers have really fine-tuned their management and analysed their costs of production. This should bring the average farm working expenses back to an anticipated $3.55 per kg MS this season, the lowest level since 2009/10," DairyNZ CEO Tim Mackle says.

DairyNZ's latest revision comes after it dropped its estimated break-even milk price for the average NZ dairy farm 15 cents to $5.25 per kg/MS in February.

He describes reducing the break-even price as "tremendous recognition" for New Zealand dairy farmers and their resilience.

“Being able to reduce the break-even milk price tells us that dairy farmers have cut costs further than we thought. This cost control is resulting in more efficient dairy businesses, which is key to resilience," says Mackle.

Nonetheless, he acknowledges under the current Fonterra forecast farmers will receive about $4.50 per kg MS all up in terms of milk income, including retro payments from last season and dividends.

“Obviously there is still a shortfall there - and while there are farmers operating above that $5.05 level, there are many with break-even incomes below that too. But a $4.50 income and reduced farm working expenses means farmers won’t need to borrow quite as much,” says Mackle. “But let’s be clear, this is still very tough for our farmers as it’s been a sustained period of low milk price."

Its all hard yakka

Employed as a manager, on less than minimum wage. I would have thought even the scummiest farm owners wouldn't have been prepared to let their names get to a public court. I guess the industry really has sunk that low that they don't care.

You milk 1,500 cows and waddaya get?
Another day older and deeper in debt
Saint Peter don't you call 'cause I can't go
I owe my soul to company store

This still leaves the average dairy farm 70c short on the current possibly optimistic Fonterra forecast. That means finding another 70c from their bank, while running down their productive base. Not good news.