Allan Barber looks closer at the financial results of the Alliance Group and finds plenty of operating improvement, but the profit gains touted look minor given the size of their business

Allan Barber looks closer at the financial results of the Alliance Group and finds plenty of operating improvement, but the profit gains touted look minor given the size of their business 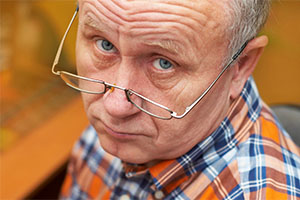 At first sight the Alliance profit of $10.1 million for 2016 appeared to be a small but definite improvement over the previous year’s result when no supplier distribution was made

In contrast the directors have decided to pay $9.8 million to their suppliers, although about a third of this will be retained to ensure suppliers share up to a shareholding consistent with their livestock supply volumes. Therefore the final post tax profit was a bare $100,000.

The press release on 10th November talked up this result as a very positive outcome of the company’s new business strategy which delivered $56 million of gains, compared with a budget of $34 million with a lot more to come. There is no way of finding where these gains actually came from or how they were achieved from an analysis of the detailed financial statements in the annual report.

It is quite clear that the debt level came down with a bump from $129 million to $41 million which enabled Alliance to do away with seasonal debt, increase the equity ratio to 71% and make the very welcome distribution to its shareholder suppliers.

However the major items which led to the lower debt were a substantial reduction in debtors and inventory totalling $119.3 million and a 50% drop in interest costs to $7.3 million. Operating expenses decreased from $1,476 million to $1,347 million, a healthy reduction of $129 million, but this was more than offset by a fall in revenue of $140.3 from 2015.

Although the annual report is full of positive achievements, including health and safety improvements, marketing gains, processing investments and the ability to segment livestock suppliers, this was just the start of a long process which Alliance has embarked on. To give the company credit, it freely acknowledges this, recognising much remains to be done to retain competitiveness in the context of declining livestock volumes, particularly in its main South Island catchment areas.

The 2017 financial year will provide a better indication of how Alliance is making progress towards preserving and enhancing its status as the only wholly farmer owned cooperative and leading New Zealand sheep meat exporter.

It may also want to use its improved balance sheet to strengthen its competitive position in the beef segment of the market, specifically in the North Island where it is under represented.