Allan Barber says the Japan - EU deal makes Japan the key player in reviving the TPP11 deal, which will always be much better than a series of bilateral agreements

Allan Barber says the Japan - EU deal makes Japan the key player in reviving the TPP11 deal, which will always be much better than a series of bilateral agreements 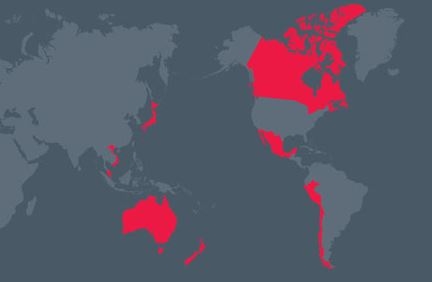 The FTA announced just before the G20 meeting in Hamburg is touted to bring substantial benefits to EU agricultural producers. It will put EU exporters on a level playing field with countries like Australia which already have an agreement, but notably it will put New Zealand at an even greater disadvantage until our trade negotiators can achieve a similar outcome.

There is great enthusiasm for what is being called the ‘most important bi-lateral agreement ever done,’ embracing some 20% of the world’s population. When the details are completed, targeted for the end of this year, there will potentially be no tariffs applying to all food exports, including beef, sheepmeat and pork products. It remains to be seen how long the phase-in period will be.

However, reading the EU comments that greeted the news, there appears to be absolutely no concern about the impact of Japanese produced goods entering the EU. That will no doubt be for non-food producers, including French, German and Italian car makers to worry about.

The EU’s Agricultural Commissioner, Phil Hogan, said “this is a win-win for both partners, but particularly for rural Europe”, calling it “the most significant and far-reaching agreement ever concluded in agriculture”. The deal will not only result in the reduction of tariffs, but also of non-tariff barriers such as sanitary and phytosanitary barriers which will further facilitate enhanced trade opportunities for EU producers.

The encouraging aspect of the agreement for New Zealand is the very clear demonstration of Japan’s commitment to move in the direction of free trade, following on from taking the leadership position in the Trans Pacific Partnership (TPP11) negotiations after the US withdrawal. Sir Graeme Harrison, Chairman of ANZCO and a long-time expert on trade and relationships with Japan, expressed his pleasure at the announcement of the EU-Japan FTA, because it reinforces the perception of positive Japanese intent. He remains confident of the ultimate success of TPP11, which will be much better than a bilateral agreement.

It appears New Zealand’s trade negotiations are progressing well, even though it is easy to get impatient when others seemingly steal a march on us. No trade deal has ever been achieved quickly or easily and we must rely on the hard work going on behind the scenes to make sure our trading interests continue to be promoted.