Allan Barber reviews the current attempts to form a coalition government, its fractured history, and the lessons from abroad, all from a rural point of view

Allan Barber reviews the current attempts to form a coalition government, its fractured history, and the lessons from abroad, all from a rural point of view 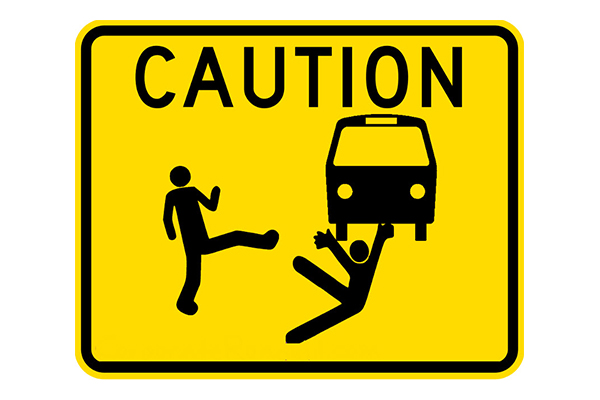 Now the special votes have been counted New Zealand can expect a decision on the formation of a government for the next three years.

Who knows, by the time you read this it's possible if unlikely a result might even be known. But one thing is almost certain - whichever partner New Zealand First chooses will end up getting the credit for a successful coalition, while the junior partner or partners will get the blame for what goes wrong.

At best the government will survive its full term without much interference to the passing of legislation, in which case the dominant partner will take the kudos, and at worst, if it all turns to custard, MMP and the smaller party will get the blame.

Although NZ First has performed reasonably well in government in coalition with both National and Labour since 1996, a combination of the party donations scandal and being tarred with the failure of the third Clark government at the 2008 election saw it being turfed out of parliament for three years.

This last bit of history will make Winston Peters think very hard about how to ensure the future survival of his party before he agrees to go into coalition, either propping up a fourth term National government or forming part of an alliance of three unlikely bedfellows. There was a degree of amusement about Winston's bottom lines during the election campaign, but the best way of guaranteeing the party's survival is to choose a small number of these, gaining absolute commitment to them from the senior partner and ensuring they are enshrined in legislation for which NZ FIrst takes full credit. The alternative is to walk away from government which of course will result in losing a confidence and supply vote and another election.

Recent history in other parts of the world doesn't provide much support for the concept of successful coalitions or indeed early elections. In the UK when the Tories formed a government with the Liberal Democrats, that effectively finished the Lib Dems as a political force. In the recent German elections the Social Democratic Party (Labour equivalent) which was in coalition with Angela Merkel's CDU (National) suffered its worst ever result and has vowed not to go into partnership with its main rival again which provides a salutary lesson to anybody who thinks Labour and National could form a government. Merkel's only hope of a coalition is with the Free Democrats (ACT) who have only just succeeded in rebuilding their credibility after their last spell as CDU's partner and the Greens, but these two parties hate each other. Several months of negotiation await. Lastly Theresa May's attempt to increase her majority with an early election was a total disaster.

NZ First and, to a lesser extent, the Greens are on a hiding to nothing whatever they decide to do. Labour has already shown its disregard for the Greens during the election campaign, concluding they have no option but to support a Labour government even in coalition with NZ First. Meanwhile ACT has long since become almost irrelevant to the political landscape, especially now National can't form a majority without NZ First.

Therefore Winston's true bottom lines become the most relevant aspects of the next government, particularly with respect to its likely impact on agriculture. Then, in the event NZ First decides to go with Labour, the next relevant question is what the Greens manage to achieve that is consistent with the other two parties' policies.

My guess is Winston will lean more towards a deal with Labour because he won't see much future in supporting a fourth term government that is most unlikely to win an unprecedented fifth term. The chance of this happening will improve if the special votes narrow the gap between the major parties, although the Greens still pose a problem in this scenario. NZ First's non-negotiable bottom lines which are likely to encounter opposition from one or other of the potential partners appear to be reducing immigration, opposing the application of a universal water tax and ETS to agriculture, rejecting TPP11, prohibiting the sale of rural properties to overseas buyers, and preventing the sale of business assets to overseas companies, especially where this splits value capture between NZ producers and international further processors and marketers.

One real possibility is NZ First support on confidence and supply matters for a minority government. This would enable Peters to do what he enjoys most which is to hold the government to account across a range of issues on which a coordinated opposition could achieve meaningful results while avoiding the ultimate electorate non starter of forcing an early election.

The big question will be which party is more desperate to gain power and therefore more ready to compromise. I suspect this will be National because the party hates being in opposition, regarding itself as the country's natural party of government, and it also has more elastic principles. However it is impossible to calculate how ready to compromise the Labour Party is, even if it means the Greens have to swallow the proverbial dead rat or Labour is willing to throw them under the bus.

Whatever the outcome, the next term will prove just how effectively MMP can work for or against stable government before the voters get another chance to have their say.

Winston will go with whoever gives him Pike River, and Whangerei port. With those two he can run a successful campaign in 2020 and expect to win seats in Greymouth and Northland. The fact that those seats will come at the expense of National wont be lost on anyone, least of all National. As much as I'd like to see the greens swallow a dead rat, I just don't think they can stomach it.

...it also has more elastic principles.

What a nice way of saying that the Nats really don't believe in much, aside from power/control. Swallowing dead rats (and fish!) was exactly how they came to power in 2008;

That's quite an interesting read in light of the recent pre-election ranting from dyed-in-the-wool Nats voters about hidden agendas, spending etc.

What on earth would you have had Ardern do?

Winston Peters, whether he knows it or not, intentionally or unintentionally, certainly not be design, has the potential to enter into a coalition that if it does all the right things for NZ, intervenes into areas of National Party gross mismanagement, could come out the other side at NZ's next Michael Joseph Savage

Hi: You need to update your email address in your registration details. Without a valid email address, your account may be disabled.

He could be NZ's saviour .
I'm not joking.

The circus still continues , the monopoly game continues, one day we will know a result , all speculation at the moment.
James Shaw and the Greens are the problem , however that bulldozer may go through.

To make statements like this you need access to the party negotiations which you evidently do not. However Pankers, you are correct in one detail. It is all speculation.

Someone very high up at NZF told me today "the Greens are not very smart, they have the same number of seats as us, yet we get to negotiate our policies and decide who WE will govern with and they have no say whatsoever"