Rural News
Allan Barber says the investment in the New Zealand red meat sector by Itoham Yonekyu is the 'right kind', linking our products to markets we otherwise wouldn't get access to 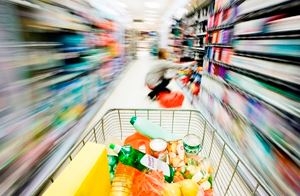 One of Japan’s two largest meat processing and marketing companies, Itoham Yonekyu Holdings, has received OIO consent to increase its shareholding in ANZCO Foods from 65% to 100%. It will acquire the shares currently held by ANZCO’s management (18.24%) and Japanese food company Nissui (16.76%) as a carefully planned transition which will see founder and chairman, Sir Graeme Harrison, retire at the company’s AGM in March.

Itoham Foods have held shares in ANZCO since 1995 when they combined with ANZCO management to complete a buyout of the New Zealand Meat Producers’ Board, forerunner of Beef + Lamb NZ, in 1995, having formed a 50/50 JV with ANZCO in 1989 to establish Five Star Beef Limited with its large scale feedlot near Ashburton. Nissui, a joint owner of Sealord with Maori, have also been involved since the beginning, so this latest transaction means the end of a 28 year association.

In 2015 Itoham increased its shareholding in ANZCO from 48% to 65% and Itoham Yonekyu was formed the following year by the merger of Itoham Foods and Yonekyu Corporation, the second and seventh largest Japanese meat companies. The merged company is a listed public company in Japan with some notable investors, the largest of which is Mitsubishi Corporation with 39%.

Itoham has signalled that there will be no change to ANZCO’s business operations in the foreseeable future which is a credible claim, when one considers the stability of the investment since the beginning. There have only been three CEOs, Harrison, Mark Clarkson who retired earlier this year and current incumbent Peter Conley, while the Japanese owners have maintained a constant board presence.

Stability of ownership is important for any business, as it demonstrates faith in management and overall strategy. In ANZCO’s case the company has always had a close link to the Japanese market, emphasised by its ownership structure, starting out as a Japan focused subsidiary of the Meat Board before the management-led buyout. The first joint venture to establish Five Star Beef and its associated feedlot was designed specifically to source and rear Angus prime steers which had the two main advantages of being pure black, like Wagyu, and being able to produce the intermuscular seams of fat, known as marbling, which is much prized in Japan.

Although ANZCO has expanded over nearly 30 years to encompass sheep meat processing and other types of beef, the company’s key point of difference has at all times been to add the maximum amount of value to every animal it processes. As New Zealand’s fifth largest exporter – I haven’t checked this fact, but it is included in ANZCO’s press releases – ANZCO is a New Zealand success story and its overseas ownership has contributed positively to, rather than hindered, its success.

It is a great example of the benefits that accrue from overseas investment of the right kind. We can do with more such examples.

Think Borthwicks, any other imperial exploiter..
This is New Zealand since the pakeha turned up with their get rich quick land development schemes..

If you want to understand the origins of our hopeless agriculture read this dated 1894
https://paperspast.natlib.govt.nz/newspapers/OW18950221.2.51.1?query=ho…

Wasn’t pretty was it! Almost a full circle isn’t it. In those days and for some time after the British traders controlled the lot. For example, Wendells, CWS, Swifts, Borthwicks, Dalgety. And ships, Blue Star, and Insurance, Union or Commercial Union. And Freezing Works to boot. Great lucrative flow of raw protein for the industrial hoi polloi! Nor has the hygiene or food safety been that good, at least until the EEC began to impose stricter regulations in the sixties. Think salmonella deaths in Sweden in the fifties fron NZ sheep meat. Hate to say it because nowadays NZ does produce consistent safe high quality meat products, but most of the world markets that can afford it, do not actually need it, and therefore the only real interest is if from those who can still make money out of the trade. Perhaps China is different as here again there are masses requiring protein. Full circle!

You have made my day, I couldnt recall all that and spilt my coffee laughing.
Our farm reports look just like 1894 and it isnt so so long since our process quality lapse cost the farmers millions,our biosecurity lapse still is...

It's easy to forget that we went broke in the 70's and everything changed.

Time blurs memories but I recall the empire cut us loose in favour of a future with Europe.
We did well under the circumstances.
In return we got rid of their trashy cars and found some that didnt leak oil.

The 'empire', had problems of its own.

Is there to be anything left that we can claim we own. God almighty and Barber says its a good thing. Not even Edmonds or Vogels is NZ owned any more, or Turners and Growers. Man we are impressively stupid.

We don't need Vogels,Edmonds or Turners and Growers.......we got rental property.

Nah, half that was bought up by foreigners too. All we need now is a potato famine.

We had a bit of a potato chip one, does that count?

I think I would say New Zealand was pillaged by the empire, along with Australia and India.
In return we gained a modern infrastrastructure and a reasonable society, certainly more reasonable than the society the emigrants left.
Some early decisions even left us with some National Parks and we are still relatively underpopulated.
That was the deal.

Well PWS certainly agree with that, we were a colony after all and a great many of the colonists, mostly Australian to be fair, , were picked by the best judges in Britain. Very pleased to escape a country where you could be hung pretty easily for stealing an apple or forging a bill. Not sure if we can thank our British ancestors for a fashion of bureaucracy that is overblown, bloated to the point it is too often absurd and laughable and a justice system that is now so weakened by precedent, by clever lawyers, that now too often, the law does not deliver justice.

Shallow partisan/urban myth. New Zealanders own the highest proportion of our assets in years. Low point was 2008. Since then its been growing. Today's Current Account data will give the latest update, sure to be another gain.

That is a sweepng claim, I may make a sweeping claim that we owned more assets in 1894 if we consider the hardwoods, sealife, minerals and soils.
Its just that we never put a value on them.

As a supplier it doesnt bother me much. They pay promptly. Think Fonterra, their suppliers wait more than a year to get full and final payment. I wait a week.