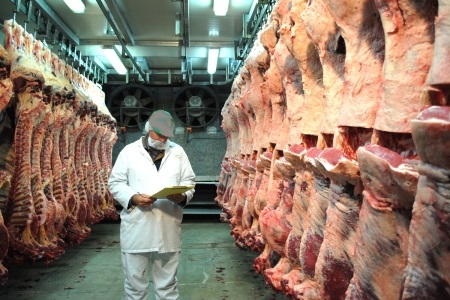 The global market for New Zealand’s meat exports and exporters is undergoing quite a rapid change, judging by movements in the industry’s latest quota entitlements and market destinations.

The differences between exporters and markets over a ten and five year period provide an interesting snapshot of the relative position of the meat companies and the impact of changing market dynamics.

A comparison of quota entitlements over 10 years illustrates some sizeable changes in market share, but also considerable industry rationalisation. A number of smaller exporters have either disappeared or been absorbed by a larger company, but for the most part the same companies still dominate the industry, but with some noticeable changes in share.

The trials endured by Silver Fern Farms are starkly demonstrated by a loss of almost 9% or 20,000 tonnes of sheep meat entitlement since 2009, although its beef performance has withstood competitive pressures much better, losing only 1% share over the same period. As stated in Alan Williams’ article in last week’s Farmers Weekly, chairman Rob Hewett acknowledges the impact of the last few years of restructuring and refinancing on the business. However the company has made great progress towards an appropriate processing configuration and a new market focus, culminating in the investment by Shanghai Maling.

The beneficiaries of SFF’s loss of sheep meat market share are AFFCO, Canterbury Meat Packers, Ovation, Taylor Preston and Crusader Meats with their combined gains equalling the amount lost by SFF. Over the 10 years Alliance has virtually stood still despite a series of gains in the five years from 2009 after which it reverted to its starting point.

Beef quota changes are less dramatic, although significant gains by Greenlea, AFFCO and Alliance which bought Levin Meats offset losses by SFF, Taylor Preston, Wilson Hellaby and Universal Beef Packers, while ANZCO owned CMP increased its share, partly offsetting losses by Riverlands. Over the period there was also a change in the value of beef quota which in the earlier years meant market share gains had a tangible value if sold, but this has not been a factor for at least five years.

The last point about the value of quota, or lack of it, is an indication of the greater influence of alternative markets outside the two main traditional destinations of the United States for beef and EU for sheep meat. In recent years diversification has been increasingly possible and profitable for marketing red meat and exporters have taken advantage of the opportunity.

In beef the United States has remained remarkably constant, taking 44% of New Zealand exports by value and 49% by tonnage, the difference being caused by the overwhelming preponderance of manufacturing beef from cull cows. The annual variation in the cow cull as a result of milk price volatility has had a significant effect on the amount of beef exported from one year to another, but since the 2014/15 season the FOB value of beef has risen from just over $6000 per tonne to consistently above $7000 which has been reflected in the higher beef price paid to farmers.

The big mover in beef tonnage and value has been China which over a five year period has lifted its share from 9% to 19%, with a 27% increase in price. The next four most important destinations for NZ beef are Taiwan (6% by value), Korea (5%), Japan (5%) and Canada (4%), which means the top six markets for beef make up 83% of the total value. Unfortunately the impact of Japan’s free trade agreement with Australia and the level of tariff applied to NZ imports has caused a decline of 50% in Japan’s share of beef trade over five years. The Philippines is the only other country to have seen a drop in absolute sales value over the period, with even a somewhat volatile market like Indonesia producing a positive movement.

Changes to exports of sheep meat have been rather more complex during the same period with, surprisingly China only showing relatively minor movements compared to other important markets. The biggest change, not surprisingly, occurred in the UK’s share of trade with the 2016/17 season seeing a sudden drop, probably as a consequence of uncertainty caused by Brexit. The most significant growth areas in lamb volume and value were Germany, United States and the Netherlands followed by Japan, Canada and Jordan.

The average value of sheep meat exports increased over five years by 21% which offset more than half the fall in export tonnage as a result of the decline in the national flock. These statistics suggest the meat exporters have done a good job in compensating for the loss of sheep by earning better prices in the market, while farmers have also clearly responded by increasing productivity through higher lambing percentages and farming methods.

The statistical evidence suggests industry restructuring through capacity rationalisation, ownership changes and capital investment has resulted in a stronger meat industry which is capable of making logical decisions about livestock procurement, processing and international market linkages.

This should also give sheep and beef farmers confidence to invest in the future of their industry.

Farming is changing, it always was but it's getting harder to read the tea leaves.

In the States farmers incomes are way back

"The USDA forecasts that net income for farmers in the United States will fall to $62.3 billion in 2017, about half of their earnings in 2013. And recent quarterly earnings reports from several of the world’s biggest grain traders have shown sharp revenue declines in their grain origination and processing segments."
Hedge funds staged a mass retreat from their net record net short in agricultural commodities, encouraged by weather worries in Argentina and the US – although raising ideas they had reversed too far.

The ETF are busy in Ag commodities

"Managed money, a proxy for speculators, slashed its net short position in futures and options in the top 13 US-traded agricultural commodities, from cocoa to cattle, by 215,874 contracts in the week to last Tuesday, analysis of data from the Commodity Futures Trading Commission regulator shows.

That represented one of the largest swings positive in positioning – the fifth largest, in fact - on data going back to 2006, and took the net short below its week-before figure of 393,914 lots which was the most bearish reading on record."

While in the States dairy products are piling up

"Meanwhile, in the U.S., milk powder continues to pile up. In December, combined production of
NDM and SMP was 213.2 million pounds, up 1.7% from a year ago. For the year, milk powder output
was 1.9% greater than in 2016. Manufacturers’ stocks of NDM reached 330.4 million pounds at the end of the year, up 46.5% from the end of 2016. Although U.S. milk powder inventories reached much higher levels when the government was in the business of stockpiling product, manufacturers’ stocks have never been
this large. "

So why are dairy producers increasing production in the US and the EU, while China is investing in the old Eastern block?
I suspect options are limited, farmers are getting better at what they do, and cash profits are better than growing nothing.

For meat markets it a waiting game till a cow kill starts, when the USA beef chain is already running at max capacity, processing a record beef kill.