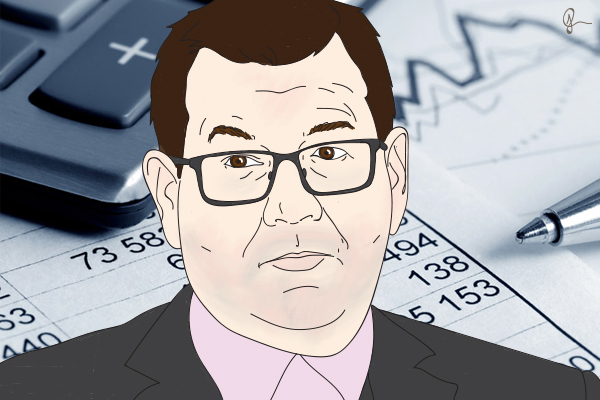 New Zealand farmers are seeking details on a proposed Earthquake Commission-like fund for biosecurity threats, which the Minister of Finance says they may have to contribute to.

But Federated Farmers’ vice president Andrew Hoggard is worried that the fund would see farmers hit by yet another tax.

Speaking to TVNZ's Q&A on Sunday, Grant Robertson said the Government was considering establishing a fund to help New Zealand “get ahead” of any biosecurity threats.

He said the fund could look like the Earthquake Commission and Accident Compensation Corporation, which look to plan ahead rather than “scrambling around.”

“We are seeing an increasing number of biosecurity incursions into New Zealand and we are in a very reactive stance when they come in.”

He has previously outlined the bacterial disease Mycobacterium bovis, which has infected tens of thousands of cows across the country, as a major area of concern.

The Government has committed $85 million to the frontline response, but Minister of Agriculture Damien O’Connor has estimated the cost of eradicating the disease could be up to $1 billion.

Robertson has asked Treasury and the Ministry of Primary Industries to investigate establishing a fund and look into how much the Government and primary sector players would contribute.

Hoggard says Fed Farmers is waiting on more details and is expecting to be consulted before anything is officially decided.

But he raises concerns about the fund adding yet another cost to farmers.

At the moment, a Government Industry Agreement (GIA) exists between primary industry groups and the Government, which shares the decision making and costs of managing biosecurity threats.

The new fund proposed by Robertson, in combination with GIA and the taxes farmers already pay, would mean farmers would be getting “whacked three times,” Hoggard says.

“I would hate to see doubling up between GIA and any new fund, we don't need to recreate the bloody wheel.”

Opposition biosecurity spokesman Nathan Guy is also questioning a new fund, given GIA was set up to deal with exactly this issue.

He says although biosecurity is important, it’s not fair for farmers to bear even more of the costs.

Like Hoggard, Guy is waiting for more details of Robertson’s proposed fund to be detailed.

Hmm maybe we should have a biosecurity levy on every person who enters the country and every incoming shipment of goods (second hand cars a prime example). That's where the incursion is going occur.

Although I always question the value of us checking every individual at the airport. Every major breech in (recent memory) has been a commercial shipment.
- Fruit Fly
- apple moth
- PSA
- MB
- Pea Weevil

Maybe if we spent less time hounding Joe Blogg's at the airport, and more time checking the Commercial stuff we would be in a better position.

Agreed. For the life of me cannot fathom how an aerosol of spray in the aircraft cabin can eradicate that spore that is on your sock in your shoe or buried deep in your luggage. The other thing is, how do you stop a future government of the day pilfering from the fund when they feel the need. That is, just as they have done with the EQ levies accumulated.

I believe Foot and Mouth and fruit fly are very likely to come in with food carried by a traveller from a country where those problems exist thus individual passengers are screened. And I've watched Border Control, some of those people completely disregard the regulations.

But its a risk/reward thing. We spend way more money maintaining the low risk airport security than we do on the high risk commercial.

Lots of overtime and allowances at the airport. Comfy air conditioning. Rather different from a windy wet day on the vehicle marshalling yard or whatever, down on the wharf.

I would be nice to know how the farms that had Myco bovis for the last four years have feared. I have friends running petitions to try to stop what they see as a needless cow kill.

Once we know how bad the farmers have been affected then we can all make a decision. I don't trust MPI to stop new diseases no matter how much funding we give them, that and the biggest potential loser would be forestry anyway, also diseases like Lyme disease would affect all of us
https://www.vox.com/2018/5/2/17303516/lyme-disease-symptoms-treatment-test