Beef prices have been rising locally as exports to China jump. But it is US market and weather conditions, and US trade policy, that might will set the future direction

Beef prices have been rising locally as exports to China jump. But it is US market and weather conditions, and US trade policy, that might will set the future direction
3rd Sep 18, 12:25pm
by Guest 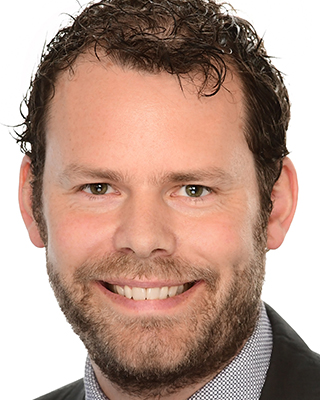 While global beef prices have held up well in the first six months of 2018, a range of developments in the US market have the potential to affect global beef trade and impact New Zealand producers in the second half of the year, according to a recently-released industry report.

In its Beef Quarterly Q3 2018 – All Eyes on the US Protein Complex, agribusiness banking specialist Rabobank says activities in the US market have been the focus of attention in global protein trade in 2018 and were likely to remain so for the rest of the year.

Report co-author, Rabobank New Zealand animal proteins analyst Blake Holgate said a number of factors – including building production levels and trade policy – were creating uncertainty and market volatility in the US, and New Zealand beef producers would be closely watching developments in the US market.

“The United States is a key market for New Zealand beef exports as well as a significant competitor with New Zealand for beef exports into other export destinations and accordingly Kiwi beef farmers will be hoping issues in the US can be resolved with minimal disruption to global beef markets,” he said.

What to watch in the US

“US beef production has expanded a little less rapidly than was expected earlier in the year, however it’s still up by three per cent in the first half of 2018,” he said. “Year-to-date US pork production has also increased by four per cent as has poultry production, which is up to 2.5 per cent this year.”

“Absorbing some of this, total domestic protein consumption in the US is 222 pounds per person per annum and is expected to be up to 226 pounds in 2019. However, the increased production has the US needing to increase exports across all proteins which will potentially drive global beef prices lower.”

Drought is another factor which has the potential to further push up US domestic beef supply, according to the report.

“Currently 15 states have extreme to excessive drought conditions and half of the US beef cow herd resides in these states,” Mr Holgate said.

“There is little doubt we will see forced liquidation in some areas, however, in aggregate the ratio of cow-to-slaughter and heifers as a percentage of feed suggests the overall US beef market is still expanding at a very slow pace.”

The report says US trade policy is another factor likely to impact global beef markets in the second half of 2018.

“The unnerving fact about current United States trade policy is its frequent changes,” Mr Holgate said. “The trade war with China has not had a major impact on beef given the low volumes of US beef going to China, but the trade disputes have stalled growth in US beef exports into the Chinese market,” Mr Holgate said.

“Continuing negotiations around the renewal of the North American Free Trade Agreement (NAFTA), or, as has been proposed in recent days, new trade agreements with Canada and Mexico, will also be key and US beef producers will hoping to see progress on this front in coming months.”

The report says while issues in the US are likely to have a significant impact on beef trade, developments elsewhere will also continue to influence global beef markets.

“Beef imports into Japan and South Korea are increasing with improved economies, lower global prices and the availability of beef from Australia and the US fuelling this growth,” Mr Holgate said.

“Japan has also granted access for Argentina to export fresh beef into the country for the first time, and this decision is a positive indication for Brazil who is also entertaining the prospect of gaining access to Japan.”

Mr Holgate said several recent outbreaks of African Swine Fever in China could also impact markets. “The outbreaks raise the possibility of China – the world’s largest consumer of pork – being caught short and could lead to increased imports of pork and other meats such as beef,” he said.

“An associated lift in global pork prices could also benefit beef supply chains in other regions.”

The report says prices in New Zealand across all classes of cattle lifted over the last quarter, with seasonal production decline increasing procurement competition among processors.

“Rabobank expects to see continuing competition for a declining supply, combined with a weaker New Zealand dollar, to support some further upward price movement through to the end of the 2017/18 season and into the new season starting in October,” Mr Holgate said.

“However, once New Zealand production begins to lift, there is a potential for prices to come under pressure from weakening global beef prices.”

Season-to-date production in New Zealand is up by nine per cent on last season, according to the report predominantly driven by a marginal increase in season- toseason herd numbers and increased dairy calf rearing, in combination with the culling of cattle impacted by the Mycoplasma bovis outbreak.

“As of late July, 32,000 cattle from infected properties have been culled with the government indicating a further 152,000 cattle could be culled over the next two years,” Mr Holgate said.

New Zealand exports were up by eight percent (October – June) having risen in line with production increases.

“A significant proportion of this increase went to China, with exports up 33 per cent on last season,” he said.