The IMF and OECD weigh in on the RBNZ's proposals to increase bank capital requirements, and the Government's proposal for protection for bank depositors

The IMF and OECD weigh in on the RBNZ's proposals to increase bank capital requirements, and the Government's proposal for protection for bank depositors 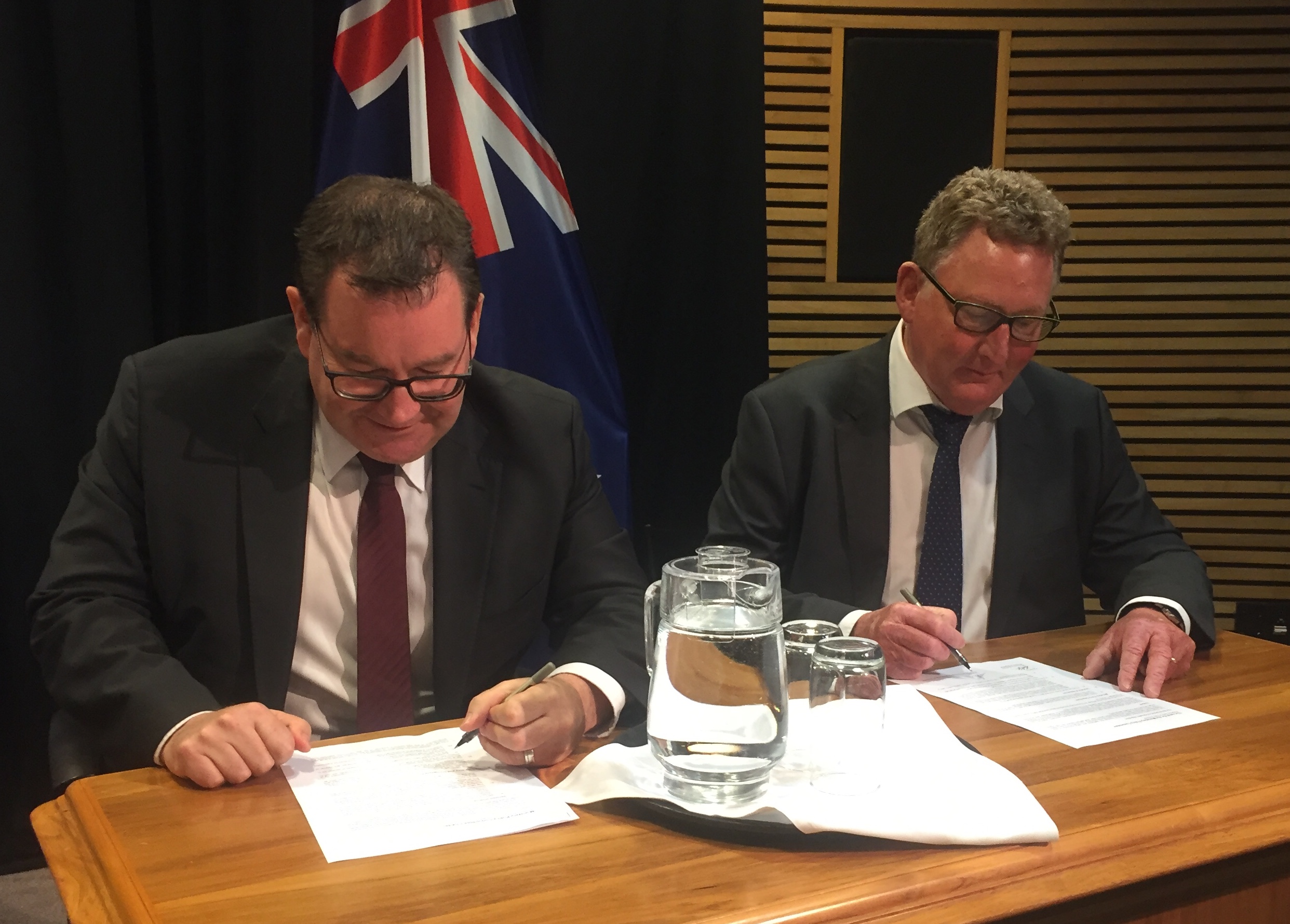 The Organisation for Economic Co-operation and Development (OECD) and International Monetary Fund (IMF) are applauding controversial moves being made by New Zealand authorities to strengthen the banking system.

Having advocated for deposit insurance for some time, they’re also pleased the Government has decided in principle to introduce such a scheme. The Government made the announcement on Monday - less than 48 hours before the two organisations released routine reports on the New Zealand economy.

One of the main reasons New Zealand has been a global outlier without deposit protection is because of the concern it would create a moral hazard. IE knowledge of a protection regime would prompt banks and consumers to make riskier decisions.

However the OECD, in its report, said deposit protection “would not significantly increase moral hazard” because retail depositors aren’t well-placed to assess bank failure risks. What’s more, there’s already an assumption the government would intervene in the event of a bank collapse.

However the IMF’s mission chief Thomas Helbling said in a media conference a limit of $30,000 to $50,000 was a good “starting point” for the consultation. He said the main thing was that it covered a large number of depositors.

Indeed, with the value of most bank deposits in New Zealand being relatively low, Finance Minister Grant Robertson said a $30,000 to $50,000 cap would capture 90% of depositors or 40% of the total value of all money deposited.

While the purpose of deposit protection is typically to both ensure financial stability and protect consumers, Associate Finance Minister, Green Party Co-Leader and long-time advocate of deposit insurance, James Shaw, acknowledged that with the proposed limit set at a level that would capture the vast bulk of depositors, the design leaned more towards fulfilling a consumer protection role.

Shaw's view was that covering depositors’ losses, rather than preventing a run on a bank (people withdrawing their funds and potentially causing a bank to collapse) should be the primary goal of deposit insurance.

“All the other stuff the RBNZ is doing - the higher capital requirements and increased regulation - is much more geared towards avoiding a failure in the first place,” he told interest.co.nz.

“The deposit insurance is like an ambulance at the bottom of a cliff. The RBNZ is building a colossal wall at the top of the cliff.”

Speaking at a media conference, OECD Deputy Secretary-General Ulrik Vestergaard Knudsen, wouldn’t be drawn on whether together, the proposed deposit insurance regime and bank capital requirements were set at the right level.

He acknowledged the proposed deposit insurance limit was lower, and the bank capital requirements higher than international norms, but said it was difficult to make precise comparisons between countries.

Knudsen said it was a matter of striking the right balance.

Asked to share his view on whether he thought the right balance had been struck between the level of deposit insurance and bank capital proposed, Helbling said the two areas weren’t necessarily related.

He maintained deposit protection was aimed at preventing a bank run - particularly of retail depositors, while bank capital requirements promoted the reduction of undue risk-taking by banks and the reduction of the risk of a crisis more broadly.

Support for bank capital changes being phased in gradually

Looking at the RBNZ’s bank capital proposals more closely, Helbling said these were set in the range of where regulation should move, and the benefits would outweigh the costs.

While the criticisms of the proposals have largely stemmed from concerns banks would restrict their lending and pass costs on to consumers through higher lending and lower deposit rates, Helbling said these “disruptive effects” would be minor if changes were phased in gradually.

He appeared to be of the mind that the five-year phase-in period proposed by the RBNZ was gradual enough, saying it was “fine” as a “starting point” for consultation.

The OECD said the RBNZ “should proceed with higher capital requirements as warranted by its forthcoming cost-benefit analysis”.

“The effect on lending spreads, bank credit availability and credit activity pushed outside the banking sector (to credit unions for example) needs to be carefully monitored.”

The OECD acknowledged the RBNZ’s view that being a small, open economy with high levels of household debt means New Zealand could be particularly exposed in a crisis.

Consultation over the second phase of the Reserve Bank Act is underway. This re-looks at whether the RBNZ has the right tools to regulate banks.

To say that NZ is 'unusual' in not having Deposit Insurance is somewhat of an understatement,to put it mildly.

The present position is clearly unsatisfactory,despite the RB's previously adamant opposition on the spurious grounds of moral hazard. When the RB last undertook a survey in,I think,2014,it found that most people were unaware that NZ did not have Deposit Insurance,so could not have made any decisions on that basis. Few are aware of the Dashboard and those that are,could not use it to decide on the relative strengths of our banks.If you doubt me,go and study it.
Moral hazard on the part of the banks could and should be dealt with through proper supervision,which is,at long last,happening.
i have my PIE TDs spread among 5 banks and will continue to do so.

Good move to spread term deposits among the banks therefore reducing your exposure to risk. Though really NZ should increase it's insurance protection to a more global standard level, looking at the above chart there should be an option to bring the saving deposit protection level to 100k which seems to be the standard level. This will at lest help prevent the Australian banks from playing fast and loose with Kiwis life savings.