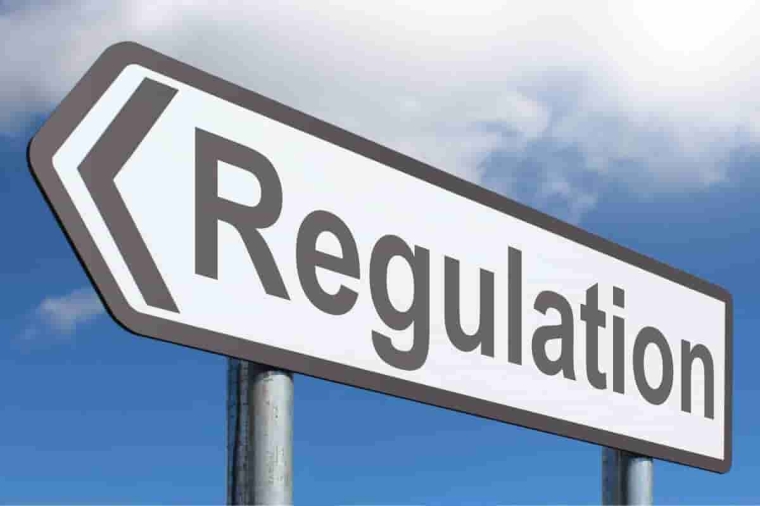 In a speech entitled Renewing the RBNZ’s approach to financial stability made to the Financial Markets Law Conference in Auckland on Wednesday, Bascand said there's a "strong case for further increasing the intensity of our supervisory model in line with the [2017] recommendations from the IMF’s Financial Sector Assessment Program assessment of New Zealand."

"Our experience over the last decade has been that regulations have not always been well applied or complied with, and that tells us that we cannot rely solely on self discipline. Crucially, it is not just the fact of non-compliance that concerns us – regulated entities have not been as proactive as we would have liked in identifying and remedying issues before the risks become more significant," Bascand said.

'Regulated entities can expect our supervision to be more intrusive'

He singled out "shortcomings" found in last year's conduct and culture review of banks and insurers, CBL Insurance (CBLI) and ANZ for specific criticism.

"Last year’s conduct and culture review (run jointly with the Financial Markets Authority) highlighted specific shortcomings in governance and risk management at banks and insurers, notably in relation to sales incentives. The court judgement on CBLI’s liquidation stated that 'aspects of CBLI’s management had indicated a lack of commercial probity.' And 'a lack of candour in dealing with the company’s auditors and the regulator.' More recently we revoked ANZ’s accreditation to model its own operational risk capital requirement because of persistent failures in its controls and attestation process. It is clear that institutional self-discipline has been lacking," said Bascand.

"There is therefore a strong case for further increasing the intensity of our supervisory model in line with the recommendations from the IMF’s FSAP assessment of New Zealand. This applies even if, on paper, individual regulated entities appear to be sound. Banks should expect our more intensive supervisory approach to apply even if capital requirements are increased as a result of the ongoing Capital Review. Regulated entities can expect our supervision to be more intrusive, in seeking evidence that attestations are merited and verifying compliance, and that we will intervene and enforce our requirements."

"We will be more pro-active in holding directors and managers to account, particularly in areas where we have already identified shortcomings. Our regulated population can expect us to continue with our thematic reviews in order to enhance self-discipline and our own understanding of risks. In the near future there will be a thematic review on banks’ liquidity standards and another on the appointed actuary regime in the insurance sector. We will continue to periodically stress test the banking system," added Bascand.

A more intensive regulatory approach also means working more closely with industry, he said, noting there can be a divergence of views and interests.

The Reserve Bank approach to regulatory supervision relies on three pillars being self, market, and regulatory discipline. The IMF, or International Monetary Fund, pointed out the self-discipline pillar relies on directors’ attestations to the fact that banks have adequate risk management systems in place.

On the Government's proposed bank deposit protection regime, Bascand said while protecting bank customers and taxpayers, this could also make it easier to close down a failing institution, sharpen incentives on wholesale investors to exert market discipline, and help reduce the likelihood of financial instability through ‘runs’ on banks.

"There is still a great deal of detail to work through in terms of how the scheme will be funded and operate but we expect the scheme will complement our role as resolution authority. As we work through the details, we will consider the consequences of the scheme for self- and market-discipline, and the need to adapt other aspects of our regulatory and supervisory framework accordingly."

Bascand went on to point out that the Government this week also announced "in-principle" decisions to;

(a) replace the Reserve Bank’s ‘soundness’ and ‘efficiency’ objective with a high-level financial stability objective,
(b) establish a new governance board for the Reserve Bank with statutory responsibility for financial policy,
(c) merge New Zealand’s two existing prudential regimes for regulating banks and non-bank deposit takers into a single regime, and
(d) introduce a deposit insurance scheme.

"Further changes are being consulted on in the documents just released by Treasury. The Governor [Adrian Orr] is scheduled to talk on 11 July about the government’s review and what that means for the future of the Reserve Bank and the prosperity and wellbeing of New Zealanders," said Bascand.

"The Reserve Bank will have a new governance board, with statutory responsibility for financial policy. The board will be accountable for all prudential decisions, including regulation, supervision and enforcement, as well as crisis management. It is expected that the board will be able to delegate powers and the exercise of day-to-day functions and powers to the Governor, and in turn Reserve Bank staff (supported by internal committees as at present)."

"The board will set our risk appetite and scrutinise management’s efforts to implement it. The new governance structure supports our vision and objectives of being a transparent and accountable organisation. Not only will the new board bring diversity of perspectives and experience to key decisions, it will set our strategic direction (our risk appetite, our policy frameworks) and explain its decisions and regulatory outcomes to a broad audience, from the Minister of Finance and Treasury, through to regulated entities and the general public. It will also create more robust accountability by creating a clearer distinction between governance and management functions, and establishing a delegation framework," said Bascand.

"It will minimise duplication and treat similar activities on the same basis, while continuing to allow our risk-based approach to supervision. It will also help future-proof the regime against a shift in lending and deposit taking activity from banks to finance companies that are currently outside of our banking perimeter, although in a sector as dynamic as the finance industry perimeter issues will never be settled entirely. More work will be required to design the details of this new regime, particularly to ensure that it can be applied proportionately to the biggest Australian-owned bank or the smallest credit union," said Bascand.

The government's in-principle decisions also include keeping responsibility for all prudential regulation functions with the Reserve Bank, and establishing the Treasury as the Reserve Bank’s monitoring agent.

"The government’s ‘in principle’ decisions to modernise the Reserve Bank and our financial stability framework give us a clearer objective, a simpler perimeter and strengthen resolution options. The new governance framework, with a board responsible for our regulatory and supervisory approaches, will make us more transparent and accountable in how we deliver on our financial stability objective. These and other changes are being consulted on now and I encourage everyone to read the Phase 2 consultation documents on the Treasury’s website and to have their say. We are increasing our capability to deliver our approach and our vision for financial stability within this new architecture," Bascand said.

wow, did it take them this long to actually wake up??

and they call themselves the 'Bank of all banks'.. what a shame... the banks have been playing them..

"Our experience over the last decade has been that regulations have not always been well applied or complied with, and that tells us that we cannot rely solely on self discipline." Doh! Smart people always think they can get away with whatever they are up to, and a lot of them work with other peoples money. Integrity gets in short supply when money is being handled, as greed takes over. People need to be smart AND strong (resist temptation) and in the long run they will usually get richer!

Did Graeme Wheeler ever actually do anything while he was head of the bank?

Yea, I always felt sorry for Wheeler.
It always seemed he was severely hamstrung by the actions of the govt. Quite hard to target market stability/volatility when the whole imperative of the govt. was to create conditions that were the antithesis of it.

He put up interest rates far too early that stalled our economy - so he did that. But apart from that failure he did not do much else thankfully!

Pre 2008 GFC under the tenure of Dr Bollard we had interest rates hiked rapidly up to the 8.5%’s. Recall a general market comment at the time that the RB arrives at the party too late, does too much, and stays too long. Don’t think much has changed?

Yes, it's central banks that kill bull markets, hence, the current dispute between the Fed and Mr. Trump.

If the four main Banks behaved like they expect their customers too, Only lite regulation should be needed. Yeh right fat chance

Nah his hands were tied behind has back. Adrian orr is to street savy to let this Govt do it to him

Well, it sounds good, but it's only words at this stage. The deeds will be interesting to watch unfold.
Question: And do we have enough hard heads in this country to enforce the new legislation?
Reason for the question: Our history of naivety in this country is long.

So a little bit more activity. From a near zero base.