The Reserve Bank will release the final decisions in its biggest ever review of banks' regulatory capital requirements on Thursday, December 5

The Reserve Bank will release the final decisions in its biggest ever review of banks' regulatory capital requirements on Thursday, December 5 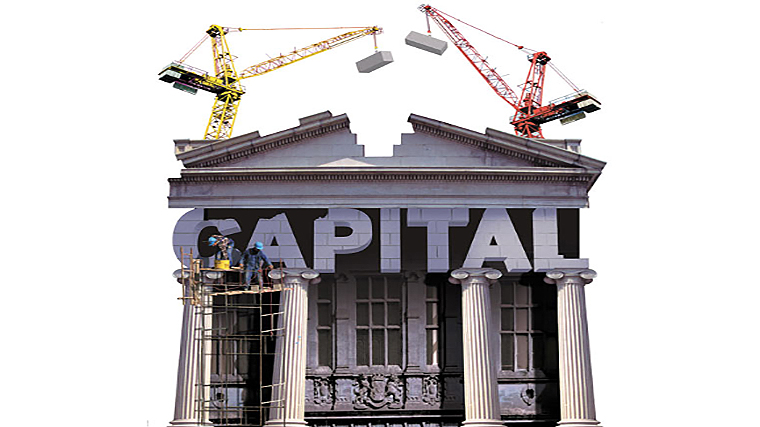 The Reserve Bank plans to release the highly anticipated final decisions in its biggest ever review of banks' regulatory capital requirements at noon on Thursday, December 5.

The Reserve Bank has proposed both significant increases to the amount of capital banks must hold, and improvements to the quality of regulatory capital. Alongside the decisions, a cost-benefit analysis will also be released on December 5. Implementation of any new capital rules is proposed to start from April 2020, with a transition period of a number of years - at least five - before banks would need to meet the new requirements. Banks, meanwhile, are hopeful the Reserve Bank's final decisions will soften its initial proposals.

Kicking-off the capital review in March 2017, Grant Spencer, then-Reserve Bank Deputy Governor and Head of Financial Stability, noted that by international standards, the Reserve Bank has taken a conservative approach to bank capital. This, Spencer said, is warranted because of New Zealand’s relatively high risk profile, and the Reserve Bank’s "non-interventionist approach" to banking supervision. Spencer said the Reserve Bank's capital adequacy review was thus likely to deliver an outcome where capital standards are seen as conservative relative to the international Basel standards and to the standards of peer countries. He also said it's important NZ banks be seen as strong on a standalone basis in order to maintain their international standing.

The Reserve Bank has subsequently argued that bank crises happen "more often than many people care to remember," and the economic and social costs of bank failures can be very high and persistent. Thus its proposed increases are designed to make bank failures less frequent. The Reserve Bank has proposed a total capital increase across the banking industry of about $20 billion, representing 70% of the banking sector’s expected profits over the proposed five-year transition period. Despite this the regulator expects only "a minor impact" on borrowing rates for customers.

Banks themselves are lobbying against the Reserve Bank proposals. In a submission, the NZ Bankers' Association (NZBA) said it agrees and supports the objective of maintaining a sound banking system and guarding against banking crises, but argues that NZ's major banks are already well capitalised. NZBA says the Reserve Bank hasn't presented enough evidence that banks’ current capital holdings are too low, meaning the Reserve Bank's risk appetite is too conservative.

Our three part series on the Reserve Bank proposals is here, here and here. The Reserve Bank plans to designate ANZ NZ, ASB, BNZ and Westpac NZ as systemically important banks meaning they'd have capital requirements above and beyond other banks. Combined the four control about 88% of NZ banking system assets and liabilities. Also proposed is something of a levelling of the capital playing field between the advantageous position the big four banks currently enjoy and other NZ banks. Meanwhile, the capital proposals also make the explicit assumption that NZ is not prepared to tolerate a system-wide banking crisis more than once every 200 years.

*The RBNZ table below outlines its proposed changes to bank regulatory capital requirements. Note, D-SIB stands for domestic systemically important bank. Kiwibank, The Co-operative Bank, SBS Bank and TSB argue the D-SIB buffer should be 2% not 1%.

Objectives of the RBNZ seem sound. Even more so if even 10% of the noises coming from overseas about impending doom are correct. We are a financial dot in global money flows.

Spot on! Banksters have been making obscene profits for too long, on the pretence government would bail them out in a financial crisis. We saw what happened with the BNZ and DCF; and more lately SCF, where the local taxpayer swallowed a rat, while elite locals and oversea interests rode off with the spoils.

15% plus return on equity is what these four Australian domiciled banks are delivering to their shareholders, and probably more with the transfer price models the facilitate through tax havens. Who do they think they are, when other larger scale businesses are lucky to get half the return these banksters engineer; with plants like Jonkey and Simon Power.

The sooner Adrian Orr brings in the required capital top up to this business parasites the better. Its about time our Reserve Bank Governor(s) wont up to who they represent, which is the masses who's deposits are exposed to a tide going out; when overseas interests should have more skin to the game to ensure management act more responsibility than focusing on their short term bonuses.

Godspeed to Orr. NZ needs stronger banks certainly, that doesn't only means profits. It also means strong capital and reserves and intention to work for the benefit of New Zealand and its citizens/residents. RBNZ is on the right track of regulation and supervision with these measures. It needs to be supported and encouraged. Only wish the Governments of the day and of the future would see and realise that and act accordingly.

Just so long as we're all happy to pay for it, which we will have to

We'll pay. One way or another.