Federated Farmers is urging the banks to absorb as much as possible of the additional costs of the new bank capital requirements 'rather than dump it all on customers, and especially on under-pressure farmers'

Federated Farmers is urging the banks to absorb as much as possible of the additional costs of the new bank capital requirements 'rather than dump it all on customers, and especially on under-pressure farmers' 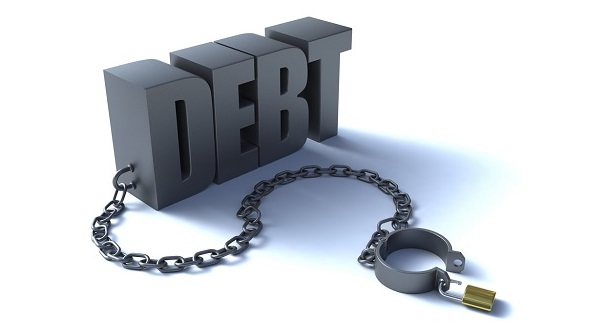 Federated Farmers has issued a plea for banks to themselves absorb as much as possible of the additional costs of the new bank capital requirements and not "dump it all" on customers, and especially on under-pressure farmers.

The Reserve Bank has estimated the impact of the required lift in total capital to 18% for the four large banks and 16% for remaining smaller banks (from a current average of 14.1%) will be a 0.2% increase in average bank lending rates.

"But the impact on farming is likely to be much higher," Federated Farmers commerce spokesperson Andrew Hoggard says.

"This is because there is less lending competition in the agricultural sector and we know banks are already looking to reduce their exposure to farm debt. Banks have been putting the squeeze on farmers even before today’s announcements by the Reserve Bank."

The Federated Farmers November 2019 Banking Survey showed farmer satisfaction with their banks continues to slide, and 23% of the more than 1300 respondents reported they felt under pressure from banks (up from 16% just six months earlier).

"With the average mortgage for all farm types being $3,833,000, and significantly higher for dairy farmers, even a small increase in interest rates hits hard," Hoggard says.

The Reserve Bank noted that the average return on shareholders’ equity for the four largest New Zealand banks are higher than those of banks in most other countries, including Canada, Australia, Singapore, Sweden and Ireland.

"We want to see fairness in how these costs of bank capital requirements are handled. Kudos to Rabobank, which has already indicated it will absorb the extra costs."

He said Federated Farmers was pleased the Reserve Bank has extended the transition period for meeting the higher capital ratios to seven years, from the original proposal of five years.

"We would have preferred 10 years, and we would have liked to see more analysis by the Reserve Bank on our sector given the vulnerability to farming of these proposals.

"Nevertheless, seven years gives banks enough room to not only maintain their current lending growth, but also to make dividend payments to their shareholders."

He said these changes made it even more important that the Farm Debt Mediation legislation is passed by Parliament next week at its third reading.

The cat fight starts. What is the view of REINZ ?

Interesting comment from Tony Alexander:
"This (meeting the additional cost of capital) can be achieved by redirecting lending from risky activities which can easily produce losses, toward activities where losses are rare. In other words, as I pointed out a year ago, the lending focus will shift away from business and farming toward home ownership".
So possibly looking better fro home owners and not farmers.

P.S. As usual, I expect some personal rubbishing of Tony Alexander by some poster retaining anonymity who has probably never more than a $25/hour clerical assistant. :)

Well this is just a continuation of what's already going on then.

um, except the banks were the sole deciders of how much they loaned, and therefore how much risk they took on in the first place no?

if loans/lending to farmers dries up or reduces substantially the government can always establish a farm/land bank and take on the risk themselves. Banks are not benevolent society's. They work, mostly, within the rules regulations set up by others including the politicians. Reducing the risk weighted average for farms and increasing it for residential could be a way to go. In any event it could quite easily be that some farms have too much debt. How one defines that is a matter for the experts but a sure sign I would think is requiring more or renewing existing debt.

The Rural Bank of New Zealand? My god! Just imagine, The Brown Cardigan Brigade having that to run. Exactly who would pay the executive of that sort of open trough, to pay themselves? Apologies, no wish to be cynical but the bureaucracy in NZ is plainly pathetic in term of efficiency and patently spendthrift in terms of economies. In short, it sucks!

....as distinct from the private banks of course who for example find it ok to wipe a lousy 4 mill off the price of a house sold to their boss.
When that type of deal has been seen as acceptable by thicko shareholders any public run bank has to be seen as a better option notwithstanding the inefficiencies of NZ bureaucracies.

Don’t disagree & the absolutely shocking exposure of Westpac’s laundry, complements your point. But that in itself illustrates part of the problem. It is counterproductive to think something is OK, acceptable because it is less bad than another. It used to be in any one corporate, not just banks, that the staff reported to the executive, the executive to the Chief Executive, the Chief Executive to the board and the board to the shareholders. Those days are now, more or less mythical. The executive reports to only the executive, and the executive feeds the executives, trough like. Fletchers & Fonterra, perchance?Staff and shareholders, who cares. Think Enron, think Lehmans, think Merrill Lynch, think Westpac. And here in NZ. Think bale outs, BNZ, Air NZ, Energycorp. Yes the corporate lot are bad and untrustworthy sure enough, but man it gets a whole lot worse when that sort of performance has open e access to the public purse. Just scroll back and have a look at the utter wastage by the MBIENZ & Ministry of Health (another biggy looming do believe) for example. Yes the corporates ain’t good at all but at least there is the disciplines of The Company’s Act, The Stock Exchange, whereas as our government counterparts just submerge into the political swamp.

I don't want my government investing any further into dairy, we really need to diversify our risks as a country.