We look at who cut what home loan rates in 2019 and whether our main banks passed on the lower OCR benefits to borrowers. And did those cuts help or hurt first home buyers?

We look at who cut what home loan rates in 2019 and whether our main banks passed on the lower OCR benefits to borrowers. And did those cuts help or hurt first home buyers? 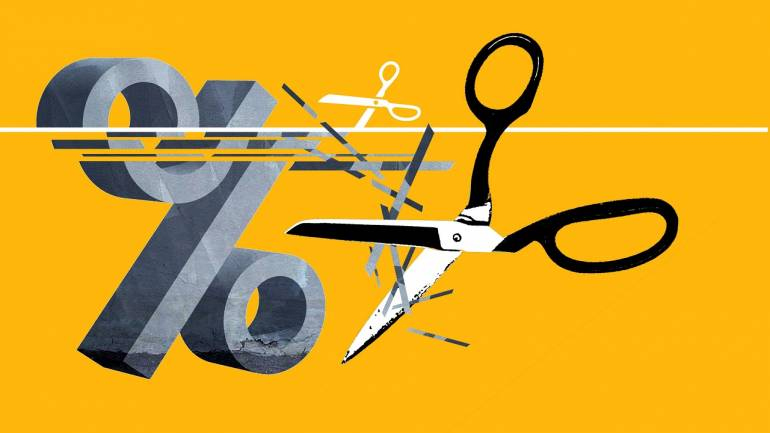 2019 has been a year of unprecedentedly low mortgage rates.

They started the year historically low, and went down from there.

Not only did market rates fall based on an international drift, they were given a strong helping hand by a suddenly dovish Reserve Bank.

In fact, it was the RBNZ that triggered the key big moves lower in 2019.

And while that saved existing borrowers heaps in mortgage interest payments, it did reignite housing prices, so first home buyers are now coping with rising prices again.

On balance, these rising prices are costing new entrants more than the lower interest cost savings.

This article will look at how much interest an existing 2018 borrower saved in 2019, and we will look at which bank was the most competitive in a followup article.

For a mortgage of $448,000, that would be saving you an average of $2016 per year in interest (assuming you kept your repayments unchanged). For the Auckland borrower, the average annual savings are $3060.

But a lot depends on the bank and the fixed rate term you chose.

If you had a one year fixed contract with one of the main mortgage banks, the largest interest rate move from January to December would have been at Westpac, the smallest at Kiwibank.

For a two year fixed contract, the story is different. All banks started the year on the same rate, and all finished the year at the same rate. The two year fixed category is the dominant one and where the most intense competition occurs. And all banks ended the year by raising their carded rate, perhaps to prepare for the major real estate season that usually runs from February to Anzac Day, by adding to their campaign 'powder'.

But 2019 was notable because for the first time, the three year fixed contract offer became 'a thing'. It was a move started by BNZ but in the second half of the year, ASB in particular competed hard to win customers for this term. The competition resulted in rates below 4% for a large part of the year and attracting many new borrowers.

Lower rates are one thing, but did borrowers win their share of the benefits? Remember, the OCR fell from 1.75% to 1.00% in the year, a -75 bps fall. And wholesale swap rates fell -74 bps, -72 bps and -73 bps in each of the one, two and three year tenors. But regular readers will recall that wholesale funding makes up only about 25% of major bank's funding although it varies widely between banks, as this table shows.

So far, our analysis has just been between the beginning and ending points in 2019.

In the second part of this analysis, we will look at which banks had the lowest offers in the two key mortgage and real estate seasonal rollover and selling periods - February to Anzac Day, and the Spring (September to early December) seasons. And from that we will be able declare which bank was the most competitive on home loan interest rates in 2019.

Thanks for another great article DC.
You say "For a lower quartile priced house, the 20% deposit rise was from $76,000 to $90,000. These increases dwarf the interest rate savings" (of $2016). Your statement is certainly true for finding the extra $14k deposit but from a cashflow perspective it's cheaper to service the higher loan at the 0.66% avg lower interest rate.

Those comparisons all look fabulous, as long as you can get to 'The Mortage Debt Starting Line' - over the banks' Serviceability Threshold. That doesn't kick in at the carded mortgage rate. No, no. That's at a nominally higher rate - currently about 6.75%. Oh, and don't forget to tell them about your Netflix and Spotify payments - but then again...they already know! (PS: They'll want to know about Serviceability and all of those items come renegotiation time, you know, when that current Fixed Term matures as well)

When we were buying properties a few years back, the bank that starts with a and ends with z wanted to apply a high servicing rate AS WELL AS 1.5 times interest cover on that rate which made buying difficult. It was a common practice I think even then. By shopping around we were able to do the deal depending on the lending appetite of the particular bank. I think it is called stress testing so it is no wonder there are so few mortgagee sales these days.

But don't forget the mortgagee sale is the last resort - how many houses are sold prior to getting to that point. Only the banks will know - and I'm pretty sure that they aren't going to divulge that statistic. You are trying to infer that low mortgagee sales indicate that people are not getting into financial trouble when the truth is you don't know.

You're a happy, positive, enthusiastic & fun guy bw, with a "can do" attitude

I'm glad you can see the positive contribution that BW is making, as opposed to your "irrational exuberance". Well done.

bw does seem to live in a strange world where he constantly gets the wibber gibbers about people who live on the financial margins, Whatever turns your gears I guess.

I guess it comes down to your risk profile.

Those who "live on the financial margins" can mean anything. If you're referring to "marginal buyers of housing", this is really important. These people (and how they behave and their dynamic economic circumstance) are crucial for the bubble and its impact on the wider economy.

..renegotiation time, you know, when that current Fixed Term matures..

Generally the only thing that is 'negotiated' is the length of the fixed term and the interest rate.

Good to see you back Zachary!!!!

Let's look outside the box to see how we could help first home-buyers. First of all let's see who actually owns the land because land, particularly in Auckland, is the dearest component of the value of a home.
New Zealand land is held in a hierarchy of estates of ownership: the highest estate is the Allodium where all
land is vested with the Crown, presently Queen Elizabeth the 2nd; the next highest is Fee Simple which is the estate that all of us lucky enough to 'own' property hold; then there is the Freehold estate that can be limited as to time (e.g. you could hold a Freehold estate limited to, say, 100 years); and then an estate in Leasehold with the least rights.
An estate means the legal right to hold land. Holding the Allodium means that the Queen is answerable to no superior authority in regards to her ownership of New Zealand land.
Thus, if all unsuccessful first-home-buyers could organize themselves to collectively petition the Queen on the grounds that they feel they have been unfairly deprived of the opportunity to own their own home, then there is the opportunity for the Queen to, say, transfer a number of fee simple estates of those she deems as having more than their fair share of residential properties to the petitioners.
This possibility may seem fanciful, but it is not too different from the Crown divesting itself of property in order to revest it in Waitangi Treaty Settlements.
Of course there would be squeals of protest from those owners who would lose a portion of their 'portfolios', but this could be at least partly addressed by limiting their loss to perhaps only one property per 'portfolio'.
As our land law exists I see nothing in principle that could preclude this course of action.
Incidentally, sometime in the future NZ could become a republic and seek to divest the then current Crown of the Allodium. If this could be successfully achieved the Allodium would have to be vested in some other 'superior' holder within New Zealand. There's the possibility it could be vested with the Maori King ( or Queen ) reigning at the time. If so, then the Maori King might be more amenable to deal with the Allodium in a manner that would redistribute land ownership more fairly.