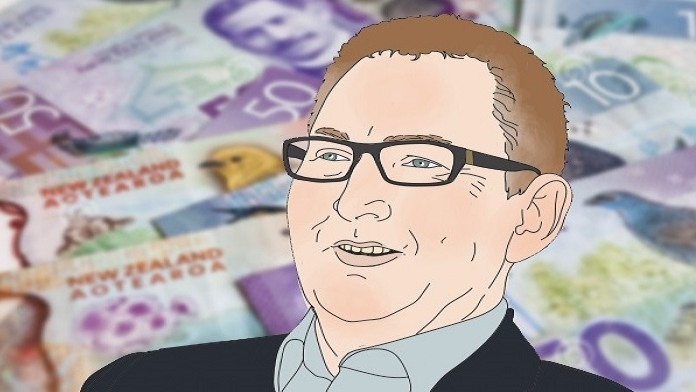 The country's banks will need to make swift decisions about which businesses they have to "let go" during the current virus crisis and make sure they keep lending to others, Reserve Bank Governor Adrian Orr says.

Speaking on RNZ on Tuesday, Orr said: “Banks' real challenge will be doing the quick triage on what is a long term sustainable business - 'what do I need to just let go'. Because they need to manage their overall portfolio.

“We’ve been saying to them ‘get ready to do that’ don’t just say this is too hard I’m just going to stop lending to everyone."

Orr said a second challenge for banks would be to have the courage "to actually get out and get among businesses and lend".

Businesses were going to need support and be able to talk through the issues with banks, and with the banks saying: ‘Hey look we can help you through this’. ‘We can do this’, he said.

Orr conceded it was possible as we got further into the economic downturn that banks might put the "shutters" down on lending.

“I think there is a risk. And that’s why we’ve been working to try to mitigate that risk.

“Put it this way: They [the banks] won’t be able to blame anyone else other than themselves.

Having slashed the Official Cash Rate from 1% to just 0.25% and promising to keep it there for 12 months, the RBNZ has signalled that the next likely monetary policy move will be to buy Government bonds on the secondary market, which will inject liquidity into the system.

Beyond this, Orr says there's a number of other things that the central bank will be able to do potentially to assist the banks.

One thing for example would be to buy the banks' assets under the RBNZ's 'term auction facility'. This was done during the Global Financial Crisis and assisted the banks "significantly", Orr said. This basically involves taking a parcel of bank mortgage loans, bundling them up, and putting them on the RBNZ balance sheet. The bank gets cash.

And another potential is for the RBNZ to swap floating interest rates for a fixed interest rate term. This frees up capital in the 'foreign exchange swap market'.

Orr praised the banks for a "remarkable quick reaction" in terms of cutting rates after the emergency OCR cut on Monday. He said the RBNZ was keeping "very close" to the banks.

“We spend an enormous amount of time and even more at the moment ensuring that they are behaving how we need them to behave.

“They are in every household in New Zealand those banks and they have the ability to reach out and be incredibly useful through the long period of time.

“What we’ve seen in the past is that banks themselves if they start contracting because of some other short term concern then that can lead to the negative circle rather than a virtuous circle. So we are working close with the banks.”

This started out as a virus but is quickly becoming an economic crisis. The virus is just the straw that broke the camels back. Debt got us into this situation and apparently, debt is going to get us out of it. Go figure.

They don't know any other way. They'll do this until the entire financial system collapses. There is no alternative, because everyone knows QE-infinity is not sustainable.

Bang on. The sneeze that tipped over the very drunken debt carrying sailor, so heavy that he can never get up.

"Orr conceded it was possible as we got further into the economic downturn that banks might put the "shutters" down on lending". Finally they're coming to their senses. And realizing that there's no point in allowing house prices to keep on increasing by dropping mortgage rates, that just increases the false economy.

"Reserve Bank Governor says banks must not 'just stop lending to everyone' and need to have the courage to 'get out and lend' "
Somewhat conflicting. They won't just stop lending to everyone and they will continue to lend albeit with some additional lending criteria.
Now we have jawboning from the RBNZ head honcho. Recently it was from the politicians. If the pollies want to lend to just about to every man and his dog the the big N word comes to mind. Alternatively back up your mouth with money and say you'll guarantee all individual depositors with Kiwi Bank and dictate the loan criteria for Kiwi Bank.

One thing for example would be to buy the banks' assets under the RBNZ's 'term auction facility'. This was done during the Global Financial Crisis and assisted the banks "significantly", Orr said. This basically involves taking a parcel of bank mortgage loans, bundling them up, and putting them on the RBNZ balance sheet. The bank gets cash.

Exactly the thing to do, including other impaired loans, and forget about LSAPs, since the creation of inert, illiquid bank claims to RBNZ balance sheet reserves has proved to be worthless globally. Because: "There were two major evolutions in money and banking that seem to fall outside the orthodox narrative. The first was a shift of reserves and bank limitations from the liability side to the asset side. The second was the rise of interbank markets, ledger money, as a source of funding rather than required reserve balancing: replacing the old deposit/loan multiplier model". Courtesy of J. Snider from Alhambra

Next, the banks should be directed to lend to productive GDP qualifying enterprises without the shackles of less than favourable RWA capital regulation that motivates banks to extend sixty percent of their lending to the most creditworthy one third of households to speculate in the low RWA residential property market.

This is a good post, what and how much central banks do around asset purchases is important. There are more tools than most understand - such as widening the definition of HQLA, buying RMBS/ABS/Corporate Bonds, widen repo eligibility criteria.

Is this the tax payer socialising the crappy loans....?

No none of these are crappy, well not pre-crisis anyway. But that's the whole point.

Many New Zealand based banks have discussed the difficulty of gaining market share but if there should be plenty of opportunity to lend to well managed businesses that can pivot or diversify revenue streams.

"...banks might put the "shutters" down on lending.
What a surprise...

Take the cheap money from the RBNZ and use it to shore up their own position?

Personally, if the virus strikes NZ hard, I think the government might have to commandeer the new Sky City convention centre as an emergency hospital. There certainly won't be any conventions happening anytime soon.,,,,,maybe not for years to come! I think they should be working on this possibility right now. I also think the Sky City casino should be shut down at once; it is an ideal environment for the transmission of the virus......no social distancing around those roulette tables. I have always considered Sky City a blight on the landscape. Inotherwords, please banks let this unedifying monstrosity go....maybe just retain the tower as purely a vantage point to admire the landscapes of Auckland but send the pokies to the scrap yard.

There was a fire there a couple of months ago. i am not sure fire gutted structurally unsound roofless mouldy building shell will make a good hospital.

The schools will be empty, plenty of gyms and halls there to turn into hospital wards.

Rich comments coming from a central bank that is effectively destroying our current monetary system. Quantity theory of money and negative interest rates have been proven to be utter failures and yet they persist with this stupidity. Like most other central banks, they are in pure panic mode and hoping for fairy godmothers to come to the rescue. Taking advice from these guys is like following the herd over a cliff.

Check out the ASX, somehow it is up today. Has all the hallmarks of a simply massive central bank intervention. It is totally inexplicable.

Makes you wonder whether they have property portfolios themselves. Could be emotionally affecting objectivity?

No need to repeat blob - get this minor hint; Anyone within the team including Orr/RBNZ that decided the OCR that doesn't have/own a property? - this is the subconscious key, in every of their OCR decision, they're independent.. but sadly, not from their own self interest.

And another potential is for the RBNZ to swap floating interest rates for a fixed interest rate term. This frees up capital in the 'foreign exchange swap market'.

Correct me if I am wrong :

Because in the FX method of funding there is practically no balance sheet cost to the dealer. Currency swaps and the whole zoo of related derivative contracts are booked as, well, derivative contracts.FX as a derivative gets booked instead by its market value, which, in almost every form of swap or forward, starts out at zero. It requires no balance sheet space initially, and over time the only way that changes is if the contract value of the swap materially shifts. Link originally linked from here

Amazing times. Lets all become advisors to Banks. Who will supervise them?

That is almost unintelligible. Currency swaps/forwards can be used to fund one currency with another, but they are not an outright funding tools in that you can net borrow with them. Financial markets don't work that way. Also, funded swaps require a lot of balance sheet capital - have a look at SA-CCR

Lots of promises for banks.
No one suggests paying people's mortgages for a while ? Or their rent.
Perish the thought that might do QE for real people.
No just give it to banks who do not spend it (see 2008-19) and park it back with central bank at 3%
Free money and no risk
playbook stays the same.

Let go those claimed to be in small-medium-large scale exporting dream economic productivity. It's time to get real that Banks positioning for profit, and this can only be achieved by supporting funds into RE/Properties growth production activities. NZ shall lead & show the world on this, no hesitation very focus on this wealth creation mechanism, so much so. We even have a Church name for it.

Lets see how the banksters perform over the next year,

They're known as fair weather sailors. A few bricks through their windows might be what it takes for them to wear some of what the rest of businesses and its customers are going through.

Cant see them give up any of their $5 billion per year profiyt myself however.