ANZ eases deposit requirements for mortgages secured against small apartments, making it a little more competitive than the other banks

Banking
ANZ eases deposit requirements for mortgages secured against small apartments, making it a little more competitive than the other banks 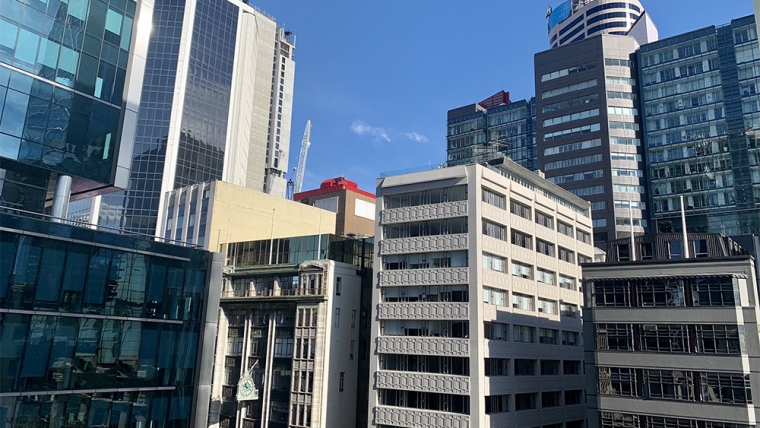 Buyers of freehold apartments, 38m² or larger with a bedroom separate to the living area, will now be able to get a mortgage with a 20% deposit.

The change brings ANZ in line with some of its competitors.

ANZ NZ’s managing director of personal banking, Ben Kelleher, said: “Lending for apartments does carry more risk than for other property, and we’ll still need a higher, 50% deposit for smaller apartments below 38m² and other, non-standard apartments like leasehold or studio apartments.

“Higher risks can include the ability for the property to maintain its value and increase over time, building defects, the quality of the body corporate, and leasehold tenure."

Kiwibank and ASB said they accept 20% deposits on apartments 40m² or larger.

Kiwibank said this had been its policy for some time, but ASB said it only recently reduced its minimum size to 40m² from 50m².

Unlike before, ASB said it now also accepts 20% deposits for studio apartments without a carpark.

ASB executive general manager of retail banking, Craig Sims, said: “Traditionally studios and apartments without carparks tended to be lower quality and more susceptible to market volatility, making them higher risk for both banks and customers and our guidelines reflected this. However, the apartment market has matured and customer demand for apartments has increased along with the desire to live more sustainably."

Westpac said it requires between 15% and 20% equity for lending on apartments 40m² or larger. For apartments smaller than this, it requires 50% equity.

He noted banks' requirements vary, but usually exclude balconies and apply to freehold apartments where the bedroom is separate to the living area.

However, requirements can vary based on a borrower’s situation and the location of the apartment.

Lewis said banks are sometimes less willing to lend against “shoebox” student apartments in Auckland CBD than they are apartments in the suburbs.

He believed ANZ's loosening of lending requirements for small apartments would be meaningful enough, especially for first-home buyers.

This will help these small apartments, in terms of integrity of value. Of course there are plenty below 38m2 too!

Help the apartments or the people trying to offload them? These places are prime ghetto investment opportunities.

How many Kiwi 'families' do you think are looking for a 40sq m apartment?

Not every apartment building is bad news. Many are well built and competently managed. Of course, as with every building, it's best to be well located and maintained. Providing good opportunities for particular FHBers.

People need to do very good due diligence with these, apart from not getting the occupancy they want this is also a good reason why investors are getting rid of them.

Think of all that nasty CO2 emitting concrete that's used. Timber I say. If you can actually get it in NZ.

Many won't touch an apartment until we have a) proven we can build decent ones without leaking and have recourse when they do that actually works, and b) don't cost more than a freehold house on actual land costs on a per sqm basis.

What is your evidence for b)?

This is good news. ANZ I think also lowered interest rates for newbuilds and ANZ Research have produced some good material around unresponsive supply and the strong effect immigration has on house prices. So they are on a bit of a roll.
https://twitter.com/sharon_zollner/status/1409655343789920256?s=20

Methinks behind the facade, ANZ doesn't give a rats as long a targets are met; profits are maintained; and bonuses are made.

Exactly. At the moment their economists are saying one thing and the lending dept is doing another.
Big change here from ANZ, 50% 45m2 to 38m2 20%.
Big change.

Is the reduction from 45 square metres to 38 square meters really that material? How many apartments fall into that size range?

Hundreds, if not thousands in Auckland, most of hobson and nelson streets are 38-42m2

Good news for FHBs. Nothing like having a place of your own to call home.

Good news for everyone indeed, also for investors trying to offload them.

The way things are m9ving under Jacinda Arden, will not be surprised if is further reduced from 38sqmt to 18sqmt - roof over the head. This will be the new standard in NZ.

If you follow the trend, interest.co.nz.'s article headline in 2024 will be

'ANZ eases deposit requirements for mortgages secured against shoe boxes in middle o' road, making it a little more competitive than the other banks.'

if you can find a place to park it a modern tiny house is as big as an older tiny apartment and you can build one for the price of a deposit on a shoebox in hobson st.

They're a poor use of land compared to high-rise towers - so all of the drawbacks with none of the benefits.

Tiny housing should be a searing indictment on how far we've pushed people from home ownership, but because the landed gentry portray then as bohemian chic, they don't get called out for what they are. It sounds far less glamourous when you use words like 'trailer park'.

dont think anyone would build a tiny house to live in a caravan park,the idea is freedom based,for lifestyle and choices about where and how you live.the searing indictment should be that there is plenty of land but we are getting locked out of it.

Gotta be homest and say that in all my conversations with my kids (4) and their friends at various functions and outings none of them have ever expressed an interest in buying an apartment unless it was to rent out.

They're all good until you hit a construction issue then the remedials are eye watering as we've seen for leaky homes.

Whilst the purchase price maybe cheaper the body corp fees maintenance etc can also get up there.

Look at the ones clad in the Greenfell materials. Who's paying for that? That cladding was better than sliced bread when it came out. Just like Harditex until it's had 20 years in the field.

New technologies push the boundaries in construction and sometimes the results are catastrophic.

We've sealed up our homes for more energy efficiency now we have mold issues.

Yeah. As others have said, fear around construction quality is a big (and justified) barrier to buying an apartment.
I'd be seriously considering it myself otherwise.

I was told to say to mates looking for a house not to buy anything that was built in 2020 or 2021, now or in the future, due to compromises made, in many cases, on quality of building materials/fitouts etc due to scarcity of materials/fittings.

I heard a painter on the radio who claimed to have used 200 tunes of gap filler inside a new home before he could paint. 10 years it's going to look like a sieve

It's important for ANZ to match the others, because for someone with a small deposit they are typically stretched on income as well. If there are three options available for small apartments there will be three different numbers on borrowing power. ANZ would tend to lend more than the other two in most cases for a borrower with that profile.

So basically ANZ tooted it's horn doing something the other banks already largely did? Nice work ANZ PR team.