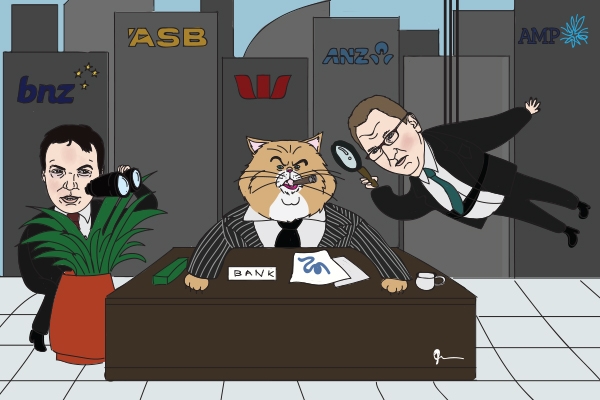 The Reserve Bank and Financial Markets Authority have confirmed all 11 banks expected to provide individual responses to last years' conduct and culture review by the regulators have now done so.

After the regulators' conduct and culture report was released in November they said individual banks will receive specific detailed responses, will need to develop a plan to address the feedback, and report their progress to the regulators by the end of March. The Reserve Bank (RBNZ) and Financial Markets Authority (FMA)  report concluded bank conduct and culture problems were not widespread in New Zealand, but it did highlight a culture of banks acting in their own, not customers', interests. Banks have also been asked to remove pay incentives linked to sales.

"Today the RBNZ and the FMA confirmed that all 11 banks involved in their ongoing review of conduct and culture, have provided their responses to individual feedback letters. The regulators will now begin working through the responses provided by 11 NZ registered banks," the RBNZ and FMA say.

"Based on the volume of the responses, at this stage the FMA and the RBNZ will not be making a substantive comment on the contents of these documents until they have been thoroughly reviewed. We expect this process to take several weeks, bearing in mind the break for Easter. We will make a further statement when we have completed this process."

Roger Beaumont, CEO of bank lobby group the New Zealand Bankers' Association, says all banks with sales incentives have committed to remove or address them for frontline salespeople and their managers, with some having already removed sales incentives.

“The individual work plans for each bank have all been signed off at the highest level. That means there is buy-in from the very top of these financial institutions to make sure they’re meeting regulator and public expectations,” says Beaumont.

The RBNZ and FMA want banks to implement changes to sales incentives programmes no later than their first performance year after September 30.

The FMA and RBNZ also undertook a review of conduct and culture in the life insurance sector. In January they announced life insurers had five months to show they’re removing incentives for sales staff.

"Life insurers reviewed as part of the second stage of the conduct and culture review have until the end of June to provide their feedback and response plans," the RBNZ and FMA say.