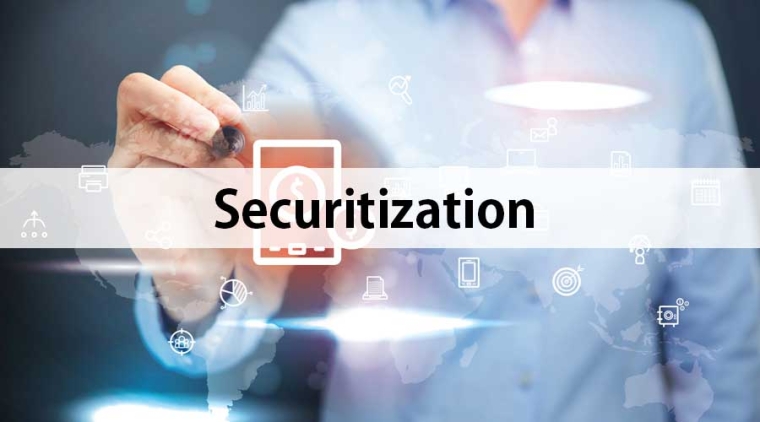 The Reserve Bank estimates its proposals would result in lending margins, the difference between bank lending and borrowing rates, increase by 20 to 40 basis points assuming bank shareholders settle for a lower return on equity due to their bank's lower risk profile. Should this lending margin increase occur, it would see mortgage origination via securitisation funding become more competitive with bank lending, and thus better placed to compete.

"But also we see it as an important development in the New Zealand capital markets, and particularly [for] a structured product like RMBS," Marsden says.

Resimac, an Australian company that operates on both sides of the Tasman, primarily funds its loans through Residential Mortgage Backed Securities, or RMBS, pricing a NZ$250 million RMBS issue on Tuesday.

"We think it's an important development. We've always had an objective or a strategy to be one of the most prominent non-banks in the New Zealand market," says Marsden.

"It will create more opportunity as it reduces the cost of funds advantage of the big banks. That said securitisation still requires bank funded warehouses. Developing a securitisation market in NZ would be good for homeowners," Bolton says.

Marsden says Resimac's NZ mortgage book is sitting at a little under $500 million. Of this he says 60% to 70% is prime, and the balance non-conforming or specialist, consisting of low doc and self employed borrowers plus a small percentage of credit impaired borrowers. To put the size of Resimac's NZ home loan book in context, two of the smaller NZ banks, The Co-operative Bank and SBS Bank, have mortgage books of $2.25 billion and $3 billion respectively.

In Australia Resimac has about A$13 billion of residential mortgages, including about A$3 billion it acquired through the takeover of Homeloans Ltd in 2016.

Should the Reserve Bank capital proposals go ahead Marsden suggests NZ's Australian owned banks may look to "reprice" their mortgage books, or increase interest rates for borrowers, as their Australian parents did when their capital requirements increased in late 2015. This, he says, created opportunities for non-banks.

Be great if it created some competition in the floating interest rate department.

So 30-40% of Resimac's loan book is ".. non-conforming or specialist, consisting of low doc and self employed borrowers plus a small percentage of credit impaired borrowers".

Anyone else smell liar loans, sub-prime redux, and all that this implies, in the above?

No different to the growth in non bank lending that has been happening in the Australian market, where 'she'll be right mate!'

No not remotely related.
In the states at the time they would lend say 120% of valuation on the assumption that in say 2 years time the house would be 50% more so no problem. Because house prices always go up.
They would also price at better than prime rates although the true rate was much higher. Then when the 2 year introductory rate expired the margin between said rate and true rate was capitalised and added to the loan balance, all secured by increase in valuation.
Because house prices always go up :-)
So pretty crazy but did not happen here and definitely does not happen with such as Resimac in NZ today.

We've got to give this a go I think. We're held to ransom at the moment. I know it's probably high risk but it's also spreading risk at the same time. It'll be very interesting to see what happens to the shadow banking system in China (& other places) over the next year or so. Will the Party gobble them all up to keep them going? I'm not so sure.