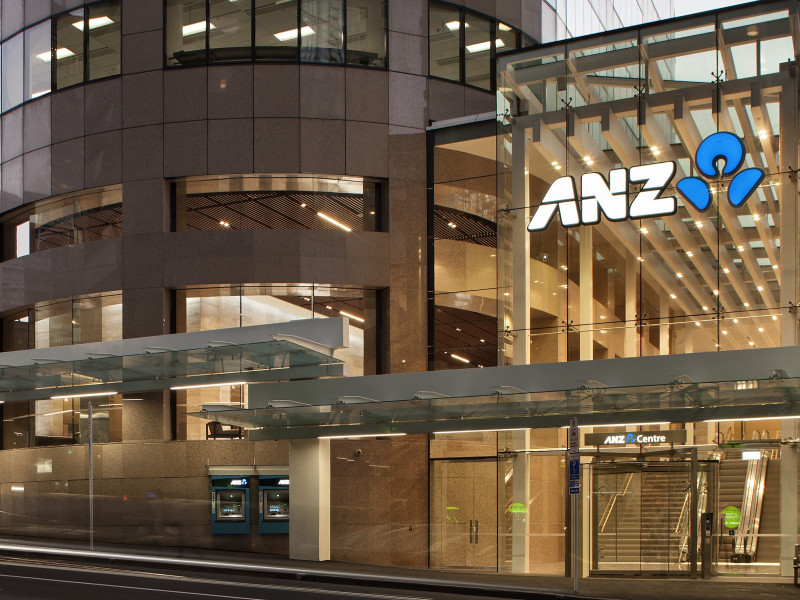 Net profit after tax for the six months to March 31 dropped $35 million to $929 million from $964 million in the same period of the previous year.

Operating income rose $168 million, or 8%, to $2.280 billion with net interest income up $54 million, or 3%, to $1.626 billion. Operating expenses fell $7 million, or 1%, to $735 million. The bank's credit impairment charge dropped to $32 million from $70 million, which was attributed to improvements in credit quality and a benign credit environment.

ANZ NZ recorded a loss of $104 million on economic and revenue hedges used to manage interest rate and foreign exchange risk versus a profit of $13 million in the equivalent period of its previous financial year. It also took an $81 million hit on revaluation of insurance policies versus a $10 million gain in the March 2018 half-year.

"Since 2010 we have maintained our leading market share with no change to our cost base, while investing more in digital products and services to make our business more efficient," ANZ NZ CEO David Hisco says.

ANZ NZ's parent, the ANZ Banking Group, posted a 22% increase in cash profit to A$3.514 billion. However when discontinued operations are excluded, the increase was 2% to A$3.564 billion. Return on equity rose 13 basis points to 12.0%. The bank's fully franked dividend was unchanged at A80 cents per share, equivalent to 71% of cash profit.

Speaking to ANZ's BlueNotes website ANZ Group chief financial officer Michelle Jablko says the Reserve Bank of New Zealand's proposals to increase bank capital requirements is a challenge to be worked through, but it's too early to tell what the ultimate impact will be. Nonetheless in the ANZ Group press release CEO Shayne Elliott describes the RBNZ proposals as "the major concern in New Zealand."

"The Reserve Bank of New Zealand is consulting on its proposal for increases in risk weighted assets and minimum capital ratios. The overall impact on ANZ depends on a number of factors, including the outcome of the consultation period, as well as regulatory changes underway by the Australian Prudential Regulation Authority. ANZ is in a better position to manage any change given its transformation and has a number of practical options available if circumstances require. Any changes are expected to be implemented over a five-year period," the ANZ Group says.

ANZ has estimated it would need between $6 billion and $8 billion of new capital to meet the Reserve Bank's proposed new capital requirements.

The charts below come from the ANZ Banking Group.

Must protect speculators and throw savers under the bus.

It's the big banks' large overall percentage exposure to the Australia and NZ mortgages markets (well over 60%) that most concerns me, as a depositor, and for the impact on the overall economy down the road. I'm waiting for the rapidly declining Australian property market to start showing up on their books, and no doubt NZ to follow. The lending has been pretty loose in recent years, and there's got to be a rising level of mortgage stress in Australia right now...

Who cuts first New Zealand or Australia.
Next banner headline

it dropped by 4% as lower hosuses prices take a toll, less money lent out, so unless property starts to rise again it will keep decreasing for a while
as a shareholder i would like to see them fatten margins rather than try for volume

Lessons from history. FIAT money Inflation in France, How in came? what in brought? and how it ended? By Andrew Dickson White.

I find it unsettling a book published in 1912 about events in the 1700's is so eloquent and insightful.
If you're interested in inflation and FIAT money, read up on MMT (Modern Monetary Theory). We seem destined to repeat
mistakes of the past. https://www.vox.com/future-perfect/2019/4/16/18251646/modern-monetary-th...

It is still an enormos profit out of the bank customers....profits re-invested back into their lending or send profits back to their parent company the big 4. A slowing economy here in NZ and Australia will see their profits slide further as lending will fall.