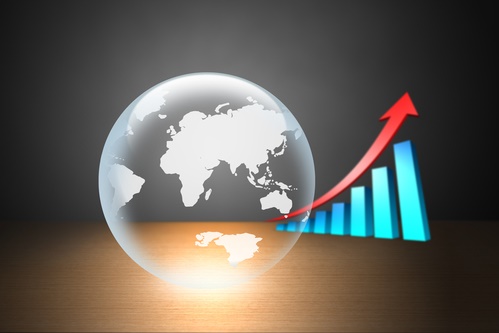 The Reserve Bank's forecasts of likely future interest rate levels in this country should not be taken as a "commitment" by the central bank to any specific set of actions RBNZ Assistant Governor John McDermott says.

He told the Goldman Sachs Annual Global Macro Conference 2016 in Sydney that it was important that financial market participants and the public understand that the RBNZ's forecasts of 90-day interest rates (which appear in the regular Monetary Policy Statements) are a conditional projection.

"It is not a commitment from the Bank to a specific set of actions. The effectiveness of monetary policy can be hampered if the public and financial market participants take the forecast as a commitment."

The comments from the assistant governor come a day after Governor Graeme Wheeler had launched a strong defence of the current RBNZ approach to meeting its inflation targets and criticised those who argue he should cut the Official Cash Rate more aggressively to ensure headline inflation rises back into the bank’s 1-3% target range.

The RBNZ never foreshadows what the Official Cash Rate may be in the future. However, as the 90-day interest rates generally bear a close relationship to the level of the OCR, the RBNZ's projections of the 90-day rates are seen by the marketplace as giving strong clues to whether any OCR moves are planned at specific times. For example, in the December MPS the RBNZ projected a 90-day rate of 2.8% in the March quarter, falling to 2.7% in June, 2.6% in September and then staying at that level till at least the end of 2018. Taken as read, this would suggest the RBNZ did not see any adjustments likely to the OCR, which stands at 2.5%, over that period.

But McDermott's speech appeared to be aimed at ensuring that these projections are not taken as cast iron forecasts of how the RBNZ may act over time.

McDermott said in his speech that the "transparent" approach the RBNZ takes to forward guidance and making interest rate projections "comes with potential costs".

"First, research highlights that increased transparency, in some cases, can be detrimental to the economy. This is particularly the case if the public takes the Bank’s information as definitive, despite it being noisy or imperfect. We aim to minimise such instances by offering a full discussion of the assumptions and risks that underpin our projections, to clearly highlight the limitations in our knowledge.

"Second, some research claims that when a central bank provides an endogenous interest rate projection, fears of credibility loss may lead it to stick to a previously published policy path, even when faced with new economic developments. I can say, from my experience, that this has never been a problem at the Bank.

"Third, some have argued that it may be difficult for a central bank to reach consensus on an entire path for interest rates. Practically, this has not been a problem at the Bank. Committee practices are efficient enough for the Governing Committee to reach an agreement on a qualified projection for the 90-day interest rate."

McDermott said the RBNZ was one of only a handful of central banks that publish forecasts for the short-term interest rate, a practice it had maintained since 1997.

He said that the publication of the 90-day interest rate projection can improve the effectiveness of monetary policy in a number of ways. It can help individuals and businesses make more informed decisions. Second, the projection can help shift a broad range of interest rates towards levels consistent with medium-term price stability, improving the effectiveness of monetary policy.

Under the Policy Targets Agreement, the Bank is required to keep future average inflation close to the mid-point of the 1% to 3% target range, while avoiding unnecessary instability in output, interest rates and the exchange rate, and having regard for financial stability.

“This multitude of considerations influences the Bank’s judgement about how monetary policy should be adjusted to help move inflation towards its medium-term target.

“Every three months we provide a new projection for the 90-day interest rate. The changes in this projection, and the analysis in the MPS on the state of the economy, illustrate how unforeseen events have shaped the Bank’s outlook for policy.

“The publication supports transparency, and its evolution over time contributes to market participants’ understanding of how the Bank responds to unexpected economic events.

“If financial market participants have a good understanding of our ‘reaction function’, and share similar views on the economy, interest rates should adjust to levels consistent with medium-term price stability without the need for constant comment and intervention from the Bank.”

"The changes in the 90-day interest rate projection over this time illustrate how flexible inflation targeting operates in practice," McDermott said.

"The forecasts evolved to ensure that medium-term price stability would be maintained. Therefore, despite inflation being weaker than expected and the revision to the 90-day interest rate outlook, the credibility of the monetary policy framework has been maintained. Medium-term inflation expectations have fallen over the past six months, but are currently near the 2 percent target midpoint. External forecasters also expect inflation to return to target over the medium term.

"Crucially, the bank is – and perceived to be – committed to its inflation target, which helps anchor inflation expectations."

McDermott said that when formulating monetary policy, the PTA directs the RBNZ to have a forward-looking focus, irrespective of past inflation outcomes.

No amount of weasel wording will reverse the damage the Governor did yesterday to NZ's short term growth prospects by giving the clear impression he would ignore inflation outcomes in the short term. His statements portrayed managed to portray him as arrogant, rigid and backward looking. It is dangerous to have such a Governor

The domestic Australian banks are just as determined to railroad the RBA into more futile rate cuts as a means to reward disillusioned bank shareholders.

The probability of a quarter-percentage point reduction in the Reserve Bank of Australia’s 2 percent benchmark within the coming six months was at 92 percent as of 12:30 p.m. on Thursday in Sydney. Policy makers will update their forecasts for growth and inflation Friday, after highlighting in a rate decision Feb. 2 that recent market turmoil may be a trigger for additional easing if it dents global and domestic demand. Read More

NZ policy under global supervision: Relatively high interest rates, ignore theTPA.
The RBNZ no longer pretends to ensure a level of inflation.
Deflation is fine, in their view.

Has the rbnz stress tested the ag sectors loan book recently? Exposure has increased close to $4b in around 12 months - most likely all cash flow related. I see the banks disclosure statements are still reporting paltry impairments, and provisions. In other words rural bank managers must be frantically refinancing/ re documenting loans. How would the basil framework look guv'ner if things weren't quite so rosy?

This governor is past his use by date.There are major problems in China and their published GDP figures are just not credible-Japan has just reduced interest rates to below zero-our dairy payouts will fall further-retailers are doing it tough,see Hallenstein Glasson's latest results-there is no salary related inflation pressure-Europe still has QE and so,what's the message?
Inflationary pressures are weak to non-existent and global deflation is a very real possibilty.The RBNZ will simply have to cut rates still further and the sooner the better.As I have no debt and cash in the bank,that doesn't suit me,but it's got to happen.