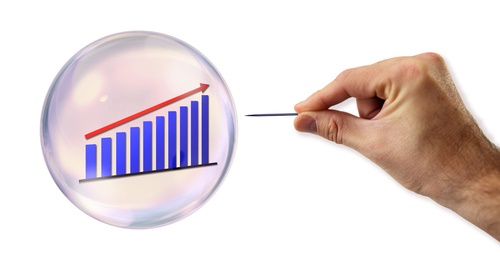 An Australian-based bank economist has likened the Reserve Bank's reaction to the disappearance of inflation to the kinds of emotional reaction someone might have to a death.

Interest rate strategist Carl Ang at Citi Research, part of Citigroup, said that as the world’s "first inflation targeting central bank", the RBNZ’s credibility "is very much on the line" particularly given the latest downgrades last week to their headline inflation forecasts.

In December the RBNZ was projecting a return back to the 1%-3% inflation target band by the first quarter of this year, but this has now been pushed back to the last quarter of the year, based on the Monetary Policy Statement released by the central bank last week.

Ang said that in Citi's view the RBNZ latest policy easing, which saw the Official Cash Rate dropped to a record low 2.25% from 2.5% marked "a significant psychological turning point".

"...It shows the senior [RBNZ] leadership has progressed somewhat from a state of denial," Ang said.

"This could make the Kübler-Ross (K-R) behavioural model of grief a useful guide for the future as to how NZ central bankers react to the loss of inflation," he said.

"As depicted in Figure 1, there are five stages to the K-R model, namely ‘denial’, ‘anger’, ‘bargaining’, ‘depression’ and then ‘acceptance’.

"Most importantly, we remain some distance away from acceptance of low inflation which should see terminal OCR expectations stay well below 2%.

"Indeed, the RBNZ policy reaction function derived from the Mar-16 MPS scenario analysis effectively signals that not even 1.5% is a floor for the OCR given the heightened downside risks."

Ang said the RBNZ’s 'central scenario' in the latest MPS implied a further 25bps reduction to an OCR of 2%.

"Alongside this they also consider a single bull scenario of ‘house price’ growth. This scenario implies an unchanged OCR of 2.25% but it is one we would heavily discount.

"In particular, it is somewhat inconsistent with their own on-the-ground business liaison findings as their 'contacts noted some weakening in the Auckland housing market over recent months'.

"We would place significantly more weight on the two bear scenarios considered, both of which imply the OCR reaching a low of 1.5%.

"The first bear case is based on wider ‘mortgage spreads’ due to reduced risk appetite in financial markets, a conceivable scenario given our global (EM & DM) growth recession view. The second bear case is predicated on lower ‘import cost’ inflation, primarily from an elevated currency. This scenario could be easily realized based on Citi’s baseline policy outlook for the G4 economies.

"We expect Fed tightening to be gradual whilst easing could become more aggressive from the ECB, PBoC and BoJ. The MPS also adds that “a substantial downturn in the global economy would warrant a larger monetary policy response than shown in the lower imported inflationary pressure scenario.

"This statement seems akin to ECB President Draghi’s 2012 declaration that the 'the ECB is ready to do whatever it takes'. As such we expect the [New Zealand dollar] rates market to more aggressively price RBNZ policy easing expectations in the front-end and belly," Ang said.

Wait for the depression stage soon...

"This statement seems akin to ECB President Draghi’s 2012 declaration that the 'the ECB is ready to do whatever it takes'. As such we expect the [New Zealand dollar] rates market to more aggressively price RBNZ policy easing expectations in the front-end and belly," Ang said.

The RBNZ will endure a miserable failure in it's attempt to raise inflation, just as the BoJ and ECB have experienced. When have lower O/N interest rates been associated with rising levels of the narrow, but often redefined inflation metric known as CPI? The RBNZ should concentrate it's efforts barracking for higher worker incomes if it wishes to report a result reflecting it's PTA agreement with the finance minister.

But hey, let the good times roll. If the Keynesians are determined, let the bond traders rule.

There were quite a few disappointed bidders at today's small $100 mln 2020 Government bond tender. There was heavy demand with the issue oversubscribed 7.3 times. Only 7 investors won a share. The average weighted accepted yield was 2.26%, down sharply from 2.56% at the previous tender on February 18. That's a quick, substantial fall. Read more

Shame Kiwis are paying and underwriting capital gains for foreigners that own just under 70% of our sovereign debt market. If in doubt refer to my trusty bond buyers guide.

Reducing the OCR to increase borrowing and stimulate the economy also reduces interest rates and the income of those people with cash in the bank. In response don't those people just reduce their spending and "offset" demand and thereby inflation.

Does anybody know what this "offset" factor might be and what if any effect it has on the effectiveness of reducing the OCR.

a) OAPs spending is generally not a big impact economically, indeed once you go past 45years old the marketeers show no interest in you.
b) Also the spending doesnt matter if its from interest or debt as long as someone spends.
c) This is the problem, businesses spend/borrow to grow if there is demand. If there is no or little demand they dont borrow so there is no one to pay the Interest the OAPs think they deserve.

OAP spending is a lot bigger than you give credit for especially in NZ with our aging population. they are less likely to borrow or spend capital but rather tighten the belt and cut back.
http://www.oecd.org/newzealand/47272955.pdf