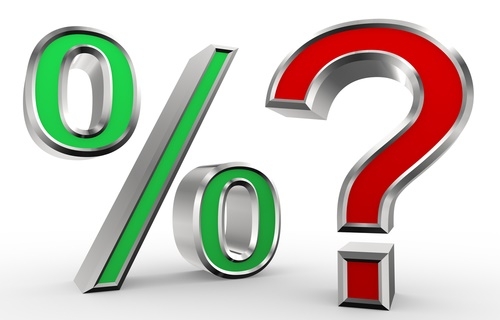 The Reserve Bank's abolishing its long-standing practice of releasing Official Cash Rate decisions on an embargoed basis to media and analysts after an independent investigation found a Newshub MediaWorks reporter leaked news of the March decision ahead of the embargo time.

RBNZ Governor Graeme Wheeler said the March 10 leak was "a serious and disappointing breach of many years of trust".

"It created the opportunity for improper gain on financial markets and damage to the integrity of the Bank’s communications."

Wheeler said that no evidence had emerged that the leak gave rise to any financial market impact.

"Once MediaWorks was aware a leak had taken place, it conducted its own investigation to determine whether the leak had come from within MediaWorks and self-reported that to the Reserve Bank."

MediaWorks acting chief news officer Richard Sutherland said the leak was caused "by a failure within News to follow proper process and changes have already been made as a result. We are addressing the breach with those concerned and new policies and training will be implemented moving forward."

An inquiry was launched by the RBNZ after Michael Reddell, a former senior economist at RBNZ, who now runs a blog, said he was emailed an hour before the OCR result was released on March 10 and told that the RBNZ was cutting rates.

Wheeler said he was "extremely disappointed" that the information was leaked initially and then communicated more widely.

“The fact that several people outside the Bank, who had access to the information improperly, failed to alert the Bank immediately, was irresponsible and left open a significant risk that the Bank could have closed down quickly with an immediate official release.”

After the reports that there may have been a leak the RBNZ had an independent investigation conducted by Deloitte's forensic unit.

The investigation found that, "contrary to the rules of the lock-up", information on the Bank’s decision to cut the OCR was transmitted by a Newshub MediaWorks reporter to several people in the Newshub office from the media lockup for the Monetary Policy Statement on March 10.

The RBNZ said this information was then passed on by another person in Newshub MediaWorks, "well before the MPS official release", to "an economics blogger".

"The blogger only alerted the Bank to the leak after the MPS was officially released," the RBNZ said.

Deloitte was assisted in its investigation by MediaWorks’ legal team, who undertook an internal investigation, uncovered emails that confirmed the leak, and reported these to Deloitte.

Following the investigation, the RBNZ said it would tighten its procedures for the release of confidential information.  It will now discontinue embargoed lock-ups for news media and analysts ahead of announcements of interest rate decisions, Monetary Policy Statements and Financial Stability Reports.

Head of communications Mike Hannah said the RBNZ had considered alternative arrangements relating to information security.  However, none completely mitigated the technology and "human risks".

“We have reviewed the procedures of several central banks. None provide lock-ups for analysts prior to major policy announcements, and the few that provide embargoed lock-ups for media representatives take extensive measures to control the media environment in the lock-up that are not viable for us. Most central banks do not provide embargoed lock-ups.”

Hannah said that from the April 28 OCR statement release, the RBNZ will issue OCR and MPS statements via its pages on Thomson Reuters and Bloomberg screens at 9:00am, as is currently the case, followed by release on its website and to email subscribers.  In the case of the quarterly MPS and six-monthly Financial Stability Reports, the release of a news release and these documents at 9am will be followed an hour later by a press conference.

“The decision not to provide lock-ups for media or analysts means that these parties will receive the information at the same time as other financial market and public audiences.”

According to the RBNZ press meeting Wheeler stated that they had decided to cut on the friday previous. The NZD declined from that point thru to the OCR announcement. To believe amongst that merry group of men not one decided to swap a few dollars is mythical.

Might I suggest the RBNZ remove itself from the glare of the media spotlight. A simple release on the appropriate financial wire services would suffice to alert those with the capacity to execute necessary action.The elaborate press conference should be ditched and a prepared statement justifying the action taken submitted to the website. It's not as if the institution can bathe in the glory of it's success. On the contrary, abrupt policy direction shifts and missteps litter it's failed journey to meet the aims and standards elaborated upon in past public outings.

Presumably there are a lot of people who will no longer enjoy this nice little earner. Just too tempting a treat to be resisted (in moderation of course, mustn't ruin it for everyone). Or do they tell a whole list of people ahead of the official announcement? You know, important people that might give you a job in the future, like the IMF, other central bankers, important international law firms with offices in Panama, CEOs of systemically important banks and heads of foreign governments you want to suck up to. The mind boggles.

I am shocked, shocked to think such things were going on here. Who would have thought? Will the overseas press corp now retaliate with shock horror expose of RBNZ pre announcement leak scandal, now that they no longer get to dip their beaks?? Or is it only domestic press whose extraordinary privilege has been revoked? Are David, Angela, Barack, Xi and estranged cousin Vlad on the list?

Perhaps they place an advert in Le Monde like:
"Dear Julia, I will have to decline your interest. Best Wishes, wRite Back, N.Z.

I guess there is one Mediaworks' reporter who wont be invited in future to Friday drinks with the rest of the economic reporters gallery!

Does this pre-release of infomration to the media happen anywhere else in the world as far as something as market sensitive as OCR statements go?

For an industry that is generally knee deep in compliance it is rather surprising journos were given this nugget of information ahead of time.

This being the same Mark Weldon from NZX? How ironic

I for one am disappointed with the decision to end the lock-ups (and of course an order of magnitude more annoyed again with the prat who caused all this). They provided an invaluable way for journalists and analysts to be on equal terms with the Governor when the decision was announced - and not still riffling through the small print looking for the details when the Governor speaks. It made for an equal encounter between the Governor and media/analyst questioning. We could do with more lock-ups, not less, if we're interested in accountability for the powers that be

Some could say the media and analysts you speak of have no right to advance information that is matter of public policy and they should wait inline for access to RBNZ announcements, just like everybody else.

It was pretty obvious before the OCR announcement that a cut was coming.
Look at the comments on this site in the previous 48 hours.

The RB announcement is a nonevent as floating rates will stay at 5.5 for years regardless until migration slows.

Mickey Mouse time.
To believe that a member of the press corp wouldn't misuse this info is to have a total failure in understanding people. Its no use saying there was no effect. A small trade would be hidden amongst normal Kiwi trading. Probably going on forever.

Mickey Mouse Reserve Bank. Why on earth would you release it prior to the announcement ?

Just because you have been doing it for years doesn't make it the right thing to do.

Other than the media who else gets this release ?

What difference does it make ?

Banks have kept the cut for themselves , our floating mortgages are still 5,5% plus.

Wheeler looks like a fool when all he is doing is increasing the profits of the Aussie banks , hence increasing dividend stream leaving the country

OCR impacts NZD as soon as it's announced. Knowing ahead of time gives you an good upper hand. That is the difference.