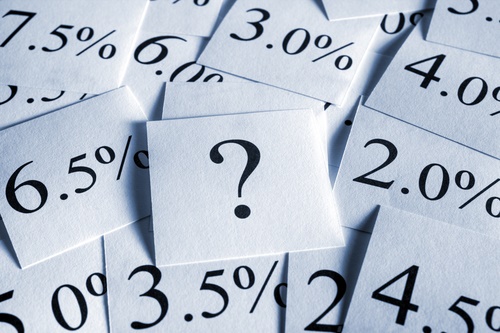 What does the recent shift in the political and economic policy landscape in New Zealand mean for our outlook on interest rate movements?

Overall, the conclusion has to be that both short-term and long-term interest rates could well be moving higher, earlier than previously expected for the following reasons:-

►Expansionary fiscal policy:
Add up all the Labour and NZ First political campaign promises and the increases in Government spending over coming years is a very large number indeed.

However, it is generally unwise to run a super loose monetary policy alongside a super loose fiscal policy when your economy is already expanding at 3% per annum.

Increased infrastructure and house-building spending by the Government will further pressure an already full-capacity construction sector and result in continuing significant increases in prices.

The RBNZ will need to consider these changes carefully in their updated inflation forecasts.

►Lower NZ dollar exchange rate:
Imported goods prices will be adjusting upwards over coming months in response to the sharply lower NZD/USD rate and TWI Index. Current RBNZ inflation forecasts are based on an average 77.50 TWI through the next 12 months.

The TWI Index today is 5% lower at 73.60 and it is always increases in tradable inflation (imported items) that cause the overall CPI to be higher than expected.

►Immigration and Monetary policy changes:
If the RBNZ have a new dual mandate to target low/stable inflation and a low unemployment rate, it is certainly going to clash with the new immigration policy which will artificially restrict the inflow of workers.

Wages look set to be pushed up with the immigration changes as the labour supply is decreased.

The unemployment rate is likely to reduce further (provided business and consumer confidence levels are maintained) in this environment, prompting the RBNZ to be less stimulatory with monetary policy.

I doubt that the RBNZ will actually change what they do now under a new dual mandate of inflation and employment.

As an export and commodity price dependent economy, the availability of jobs is much more driven by the international trade situation than domestic economic matters.

The Federal Reserve in the US have a dual mandate, however their economy is almost entirely domestic, the complete opposite to New Zealand.

The financial markets and business community seem to be rightly dismissing Winston’s scaremongering about a major economic slowdown ahead of us, therefore continued robust growth and the above-listed factors point to rising interest rates earlier in 2018 than currently forecast.

You have been saying this for many years,,,, I guess you will be correct one day..

I think he is correct , as has been all along ... this is 101 economics - when essential numbers and trends don't add up, something will give way !