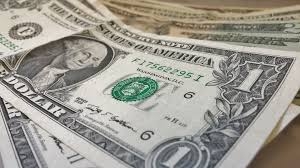 The threat of inflation rising faster and more aggressively than expected is giving global markets the jitters.

In February, the VIX - the index that shows financial market's expectation of 30-day volatility - spiked to its highest level since 2011.

Nervousness has in turn seen growth in equity markets take a knock.

The UK-based economist, Andrew Hunt, of consultancy Hunt Economics, a year ago warned those at a Nikko Asset Management Investment Summit that China’s capital controls could see its inflation spike and spread around the world, putting the Federal Reserve behind the eight ball as it tightens monetary policy.

He dubbed the threat of China exporting inflation the biggest risk to the global economy.

Yet tucked away in the Federal Reserve’s latest release of data around US commercial banks’ assets and liabilities, he sees evidence of a second major threat - US investments banks telling the Asian banks they’ve lent to that they want their cash back.

Hunt says the data confirms the “gossip in New York” that the investment banks, which last year lent Asian banks a total of US$500 billion, are starting to pull back.

He doesn’t want to name the US banks, but says only a few did the lending, while a number of Asian banks did the borrowing - often via Japan. He estimates around US$300 billion went to China.

“Any reversal in those credit flows is going to change the investment environment 180 degrees,” he says.

Moves from the US could very well see China export deflation - again - rather than inflation, through a weaker currency.

This takes the pressure off central banks to raise interest rates.

While Hunt had believed the odds of China exporting deflation versus inflation sitting at 25%, last week’s data out of the Fed has bumped his expectations up to 40%.

“This year is nowhere near as certain as you think it is,” he says.

Why are the US banks changing their tune?

Going back a step, Hunt explains there are three factors prompting US banks to pull back from Asia:

2. Instability around the amount of liquidity in the US banking system. While its budget deficit is getting larger (a “seasonal” feature) it’s becoming harder for banks to manage their liquidity positions.

Hunt says rising interest rates is the least important factor, as this is being done in a predictable fashion. The other two less foreseeable elements are the real drivers.

“I was at the Federal Reserve recently, and even they are struggling to manage day-to-day fluctuations in the cash balances in the system, as the deficit gets larger. The Trump Administration I don’t think is necessarily the easiest one to deal with, even for the Federal Reserve,” Hunt says.

How could this affect Chinese inflation?

“There are not that many instances in history where these banks have asked for their money back; 1987, 1997, 2007, were not happy times for Asian countries, which normally ended up with weaker currencies.

“If the Asian currencies fall 10% or 15% because of this repatriation of dollars, then that suspends the rise in Asian export prices for US and European importers.”

Cross-checking the Fed’s data with data out of Asia, Hunt says there’s a “fairly consistent message that Asia is very short of dollars and there is a bit of a squeeze going on at the moment”.

He says the trade surpluses across Asian countries total US$481 billion. Yet with capital outflows by Asian savers hitting US$400 billion, the actual surplus across Asia is only around US$81 billion.

While Hunt says China’s capital controls have seen outflows slashed from around US$1.5 trillion to US$250 billion, the amount leaving the economy is still substantial.

What does this mean for global markets?

Curbing inflation in China would take the pressure off central banks around the world to raise interest rates. It could even see the European Central Bank and Bank of Japan continue their quantitative easing programmes.

While it may provoke a negative knee-jerk reaction from markets, Hunt maintains they’d soon be back to their behaviour of the last five years.

“I don’t necessarily agree with central banks becoming so dominant in financial markets, but it would be a reality, and it would be positive for markets.”

Hunt admits a weaker China wouldn’t be good for New Zealand exporters. But on the flipside, lower interest rates would increase the amount of credit available.

The other side of the coin

The scenario at the other end of the spectrum - the one that most analysts and investment bankers have hinged all their bets on - would have a completely different outcome.

As interest.co.nz discussed with Hunt in detail last year, the threat of China exporting inflation could see central banks fall behind the curve and the determination of asset prices go back to the private sector.

“Instead of Japanese and German central banks owning all their own bond markets, they start selling those bonds. That’s a pretty dramatic shift in effective conditions in markets. I think that’s why markets are hyper sensitive to inflation.”

Its demand for imports is strong - transforming even the “half dead” European economies. It is charging more for the goods it produces, and is starting to stockpile commodities, putting upward pressure on prices.

“If the US doesn’t ask for its dollars back, then this China/Asia inflation story is going to continue, Hunt concludes.

“The two extremes have very different outcomes for New Zealand.”

On page 41 of this BIS doc. is a neat color coded table. Shows early warning measures of Banking stress.
Of course, China is in the red zone.... So is Canada.
https://www.bis.org/publ/qtrpdf/r_qt1803e.pdf

For China , i'm guessing the response will be the same as always.... They will pump liquidity into the system.
Would not surprise me if they allow those private sector loans from western Investment Banks to fail.

Not much different to Fonterra losing $700 million in China... ( someone in China ends up with that money ).
Having said that... $500 billion is a hell of alot more money than $700 million.

I still remember that stupidity of latin America debt crisis of the early 1980s'
https://en.wikipedia.org/wiki/Latin_American_debt_crisis

The BIS table is hilarious, except that it's not that funny with consideration. We could have multiple failures occur at the same time. The failures would not be independent events either.

I'm betting that Canada's banking system will cave in first.

Fabulous article. US needs to break up some banks or the whole thing belly flops into a global banking system shutdown. The longer things keep ticking away like this, the worse it will be. I'm picking September 2021, since 3x7 is 21

And China has just "allowed" the Yuan to appreciate .