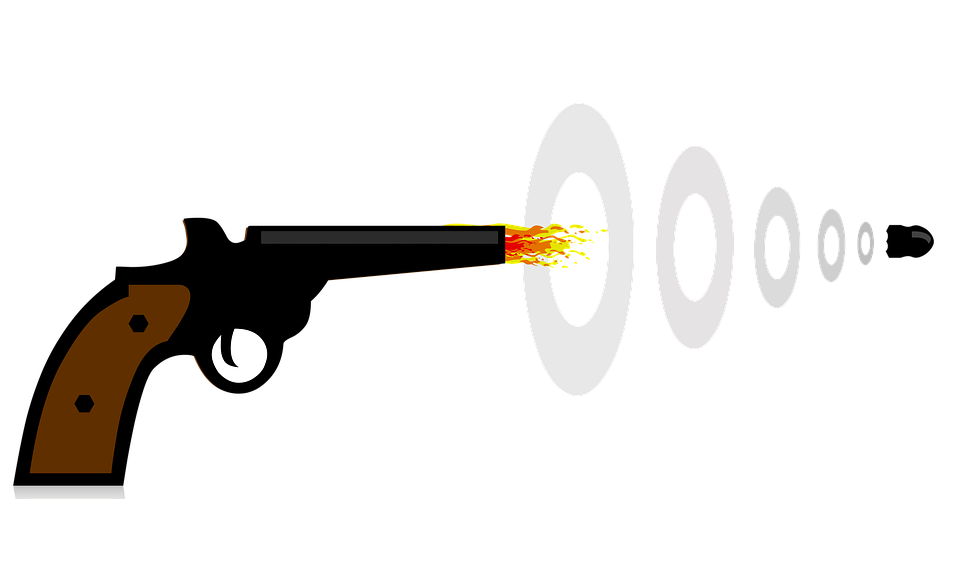 The Reserve Bank should not hold back on making further interest rate cuts in case there's a global crisis, economists at the country's largest bank say.

"We don’t think that the RBNZ should 'save its bullets' for a global crisis or plummeting commodity prices," the ANZ economists say in their Weekly Focus publication.

"The last thing the RBNZ would want is for the economy to take a blow around the ears with growth already weak and inflation expectations falling.

"If cuts are needed, best to stimulate the economy now and get the economy in a position to weather the next storm."

The ANZ economists went against the prevailing thinking among fellow major bank economists late last year when they changed their call on interest rates and said they expected to see the Official Cash Rate cut three times to 1% by early 2020.

In the event, the first rate cut has taken place much earlier than even they forecasted late last year, and they now say there will be another cut this year before a final cut early next year will bring down the OCR to the 1% level they are still predicting.

The economists say that  ANZ’s Financial Conditions Index (FCI) for New Zealand shows that financial conditions are currently a "tailwind" to growth. (The index includes indicators of lending rates, NZD movements that cannot be explained by terms of trade moves, equity market moves, housing market conditions, and credit conditions. The FCI tends to lead GDP growth by about 12 months.)

Despite this, however, they say there are "numerous other headwinds present" that they expect to limit the acceleration of economic growth.

Among these headwinds, they point to gloomy business surveys generally, a "precarious" outlook in residential construction - with construction intentions at their lowest since 2009 - and the weakening global growth picture.

They also say there is a possibility that financial conditions could tighten sharply, removing a key support to growth.

The three key risks they cite on this are: potential deterioration in global growth, a large increase in bank capital requirements [as the RBNZ is currently proposing] and the possible removal by the RBNZ of an "easing bias" for interest rates and therefore the OCR remaining on hold at the current 1.5%.

"As OCR cuts are priced out of the curve, lending rates and the NZD would move higher. That said, if the RBNZ isn’t cutting later this year then it’s because the economy is doing better than we expect. We’d take that as a positive."

The economists believe, however, that it will becomes clear later this year that economic growth is unlikely to accelerate sharply and they therefore expect additional rate cuts in November and February to take the OCR to 1%.

However, they say the risks are that cuts come earlier, based on the newly revealed pre-emptive characteristics of the RBNZ's decision-making committee, highly asymmetric global risks, and the cuts now expected from both the Reserve Bank of Australia and the US Federal Reserve before November.

And in urging the RBNZ to not "save its bullets", the economists stress that OCR cuts don’t need to stop at zero.

"As we have seen from international experience, the OCR could go negative (in theory as low as -0.75%) and there are other options such as the purchase of assets (i.e. quantitative easing) that the RBNZ has been exploring. These measures would help lower longer-term borrowing rates and free up lending in a crisis.

"Nonetheless, the options rapidly become pretty limited as the OCR moves lower, meaning fiscal policy will need to be prepared to step up. And in a crisis, the freely floating exchange rate is the economy’s safety valve – depreciation will provide some support to the export sector and inflation."

I think they just want more margins, as they will pass on less and less of the OCR cuts.

Given that the recent rate cut was needed because of ANZ this seems reasonable to listen to them. They must have created a larger mess than anyone thought.

Thanks John Key, I guess.

"the recent rate cut was needed because of ANZ" ??? How did you come to that conclusion Dictator ?

There was no need for the cut, and at the time I pointed out that RBNZ must have some data that needed the cut. Later we found out about ANZ not being allowed to use IRB, RBNZ would have known at the time.

swap rates were moving below the ocr

Sometimes I think we're all too clever by half. What's wrong with a good ol recession every now & again. It clears out the cowboys & what is left is stronger to go forward. Why do we have to keep from hurting all the time? Are the monetarists always right? The answers are we don't & they aren't. Sometimes a little bit of pain makes you appreciate the day when you wake up & don't have any pain. This is life. We're such wusses these days.

That's right. The good ol' days when recessions were known as market corrections, forcing the unproductive parts of the economy to clean up their act or perish.
I would argue that the NZ economy never fully recovered from the Great Recession; hence we needed RBNZ to slash rates, starting 2016, when our economy was seemingly in great health. Also we've been through half a decade of population QE but to no avail.

If that's the case they shouldn't mind holding a bit more capital then?

It seems strange that the banking sector still perceives the problem to be the solution after all these years. Vested short term interest I guess. Clip the ticket and move on.

As others have alluded to it's hard not to be cynical on this from the ANZ.
Fiscal stimulus is needed, not monetary.

Yes lets destroy the bond market, all savers and retirement schemes please!
But keep delivering record profits going at the ANZ please!
We can "go negative", what a joke, just look at Europe, absolute mess and no way to fix Drahgi's negative rates.
100% bond purchases forever......yeah great idea that one, no market......

At present fuel prices are tracking +9 percent Q/Q . A rise of this magnitude historically sees a spike in a quarters inflation data. As such it would push the annualised CPI back towards if not over 2 percent. The figures will be released July 16.after the GDP numbers this month .If the annualised GDP figures approach 3 percent would the RBNZ committee look thru the increase and cut to help ANZ .and their business surveys. Of course as other central bank wallies join together in altering course, should the RBNZ react first in the race to the bottom,to get bang for buck, or should we wait for the parity party with our antipodean cousins.

What a big loss Cameron Bagrie was for ANZ. The quality of their economists' output has dropped dramatically.

Indeed Fritz. He's pretty straight forward and outside the ANZ umbrella is now able to call a spade a spade.

Even at anz I thought he was pretty good, frank and honest

Glad to see you internet is working really well today, did your landlord fix it?

So the banks want negative interest rates and QE!!!

Thats not an economy that is a babysitter! Look at the ECB trying to ween itself off QE.... a total Disaster!

Moral of the story, dont listen to the banks, the only thing that matters to them is profits and if they go bust they want to be bailed out!!!!

Er, doesn't the resale value of a loan go up when interest rates go down?

Considering the gigantic amount of Global risks on our Doorstep at the moment and a possible Global recession, this advice from ANZ is reckless and irresponsible!

Adrian Orr seems to be doing a good job as RB governor however I think anz want to test him if they can push him around to their goals. They think "Adrian is weak, he will buckle."

Nah they're just thinking "We're up sh**'s creek, but at least we have A. Orr"

Good old ANZ, happy to screw the entire economy to keep their record profits rolling in.

And in urging the RBNZ to not "save its bullets", the economists stress that OCR cuts don’t need to stop at zero.

"As we have seen from international experience, the OCR could go negative (in theory as low as -0.75%) and there are other options such as the purchase of assets (i.e. quantitative easing) that the RBNZ has been exploring. These measures would help lower longer-term borrowing rates and free up lending in a crisis.

Using diverse tests and methods, we analyse correlation and statistical causality. We found no empirical support for the much-asserted negative correlation between interest rates and growth nor any consistent support for statistical causation running from interest rates to economic growth. Instead we found that interest rates follow nominal GDP growth, and are positively correlated (as argued by Werner, 2005). These findings imply that traditional monetary policy is flawed. They also provide a new basis for the debates about interest and resource constraints.

Negative interest rates, how does that work ? The banks taking money from those with mortgages AND those with term deposits ? That sounds really good for a flourishing economy.....not.