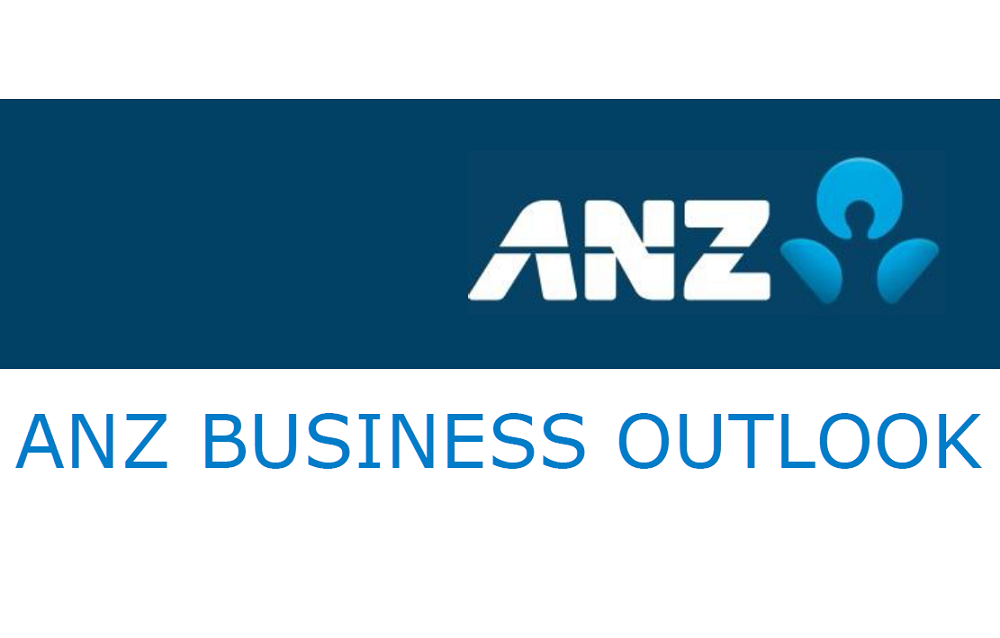 The latest ANZ Business Outlook Survey has shown a big jump in business confidence in a sharp reversal of what had been a falling trend pretty much the whole year.

The survey showed 'headline' business confidence was still in the negatives, but nevertheless improved by 16 points to a net 26% of respondents reporting that they expect general business conditions to deteriorate in the year ahead.

Firms’ expectations for their own activity over the year ahead, a better economic indicator, did make it into plus territory - they rose 17 points to +13.

“The improvement in the ANZ Business Outlook survey this month was broad and consistent," ANZ chief economist Sharon Zollner said.

"The significant easing in both interest rates and the exchange rate is clearly working its way through the economy, and the remarkable resilience of New Zealand’s commodity prices is providing an invaluable buffer to the world’s woes."

The Government has been plagued by poor and falling business confidence levels virtually since taking office in late 2017. So, this sudden upsurge in confidence levels in one of the most influential confidence surveys will be a welcome boost for it.

In terms of the detailed results in the survey:

·Profit expectations jumped 16 points. It remains in the red at a net 5% expecting lower profitability but that’s the strongest read in 19 months.

·Export intentions rose 1 point to +1. Expected availability of credit rose 5 points but a net 31% of firms are still expecting credit to be harder to get.

·A net 45% of firms expect higher costs (down 3), the lowest print since we started asking the question in April.

·Pricing intentions were unchanged with a net 24% of firms expecting to raise prices, but they bounced back in the retail sector (+38%). Inflation expectations were up 0.1%pts to 1.72%.

Zollner said it was important to note that the activity indicators across the survey remain subdued in level terms.

"Headwinds for businesses persist: credit availability, capacity constraints, elevated costs, uncertainty, vigorous competition, high household debt, and the awkward fact that our biggest trading partners appear to be in a spot of macroeconomic bother. But as we have long said, there is no reason for the New Zealand economy to go into recession as things stand.

“We continue to expect growth in the New Zealand economy to trough shortly and increase – albeit gradually – from here. Growth bottoming out around 2% would be a pretty good outcome. Firms have clearly been deeply concerned about the outlook, not without cause, and this has dampened investment and employment this year. The global economy absolutely could still throw a curve ball in our direction. But it appears that the vibe is changing to ‘getting on with it’. Good stuff.”

The government has been doing really well in achieving nothing promised.

The foreign buyer ban was a step in the right direction. Kiwibuild, while it was very ambitious with it's time frames and targets, was another good step. Arguably they could have built more state houses instead? They still have to lower immigration, so I'll give you that one. And I'm not sure what National are offering to address housing affordability in Auckland?

Among the many things this government has failed to do is 'strongly suggest' to its citizens that they download an official government app known as the Study The Great Nation App. Since its release in Feb. it has become the most downloaded free app in China.Use of it is mandatory for party officials and civil servants and in some workplaces, its use is tied to wages. As of this month, Chinese journalists must pass a test on President Xi delivered via the app in order to obtain a press card.
A German cyber-security company has taken it apart and found it contains many undocumented and hidden features. In essence, it allows the government to access data without the individual user's knowledge.

Despite its shortcomings, I think I prefer our lot.

interesting so many are negative about interest rates, they are lower than they have ever been,
i understand the credit for buisness, banks would rather lend of houses

For small business, if you dont have it racked against property, it is still high. I pay 9.2% on my bus OD. Plus fees. Secured against bus assets which, apparently are nuclear explosive risk factor 11.

“The improvement in the ANZ Business Outlook survey this month was broad and consistent," ANZ chief economist Sharon Zollner said.

"The significant easing in both interest rates and the exchange rate is clearly working its way through the economy, and the remarkable resilience of New Zealand’s commodity prices is providing an invaluable buffer to the world’s woes."

The RBNZ has cut the OCR in half three times since July 2008.

The result of successful stimulus is higher rates. As back then, today everyone including central bankers seem unaware of the multistage processing. Or they are insidiously disingenuous; they know higher interest rates would confirm their success with monetary policies but in their absence keep calling low interest rates “stimulus” so as to stave off questions about their performance.

It’s come to be known as Friedman’s interest rate fallacy. He made what were a testable set of predictions in 1967 that were about to be proved all over again by the Great Inflation:

Wow, how can it change that much in a month? Figure 2 and Figure 3 are shockingly different.
How could anyone consider this data meaningful?

One swallow does not a summer make

The sun is shining in Tauranga. All is well.

I wonder how many days it took for Zollner to draft that garbage.