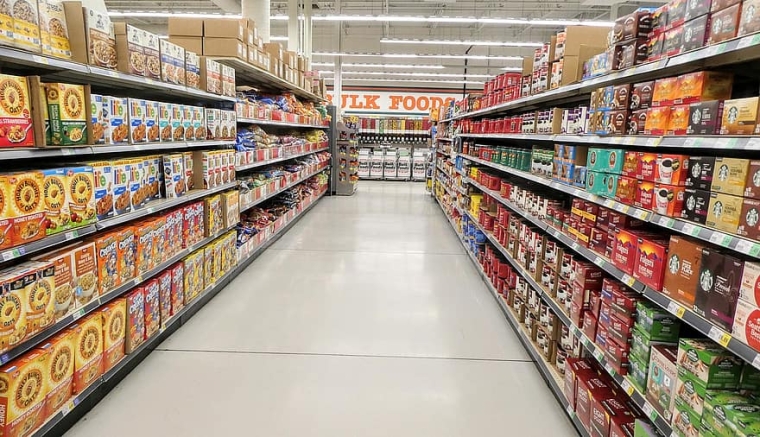 Okay, it's double-official now, retailing was knocked around horribly by Covid-19 and the response to it during the June quarter.

Spending on eating out, accommodation away from home, vehicles, and fuel all fell sharply in the June 2020 quarter compared with the June 2019 quarter. This was only partly offset by strong supermarket and grocery sales.

“Non-essential businesses closed temporarily for about half of the quarter during alert levels 4 and 3.”

"However, the surprise is not large in the context of the shock the economy has been wrestling with and only indicates limited risk to our broader forecasts. We’re looking for a 13% decline in Q2 GDP. We’ll firm up that number as other partial indicators are released over the next couple of weeks."

Ranchhod said the Westpac economists are expecting muted growth in spending through the back half of the year.

"While spending levels did pick up as the Alert Level was rolled back, it has been dealt another blow by the recent flare up in cases. That’s hit the embattled hospitality sector particularly hard. In addition, spending will continue to be challenged by the ongoing lack of international tourist sand the eventual wind down of the wage subsidy scheme."

"The retail trade figures are one of the earliest published inputs to GDP and suggest some modest upside risk to our -15.6% [quarter-on-quarter] pick for [second quarter] GDP.

"Nevertheless, we are still looking at easily the largest decline in GDP on record.

"The yo-yoing to different Alert levels looks to test the resilience of the retail sector, with further retail closures looking inevitable.

"More policy support is needed to support consumer spending and we expect the OCR to fall below zero by next April and to remain below zero until the NZ economy looks to have conclusively turned the corner."

Stats NZ said most industries saw unprecedented sales falls in the June quarter. Sales for food and beverage services fell 40% or $1.2 billion in the quarter, the largest drop of any industry.

“For a team of 5 million, that is equal to each person spending about $18 a week less on eating out over the June quarter,” Hicks said.

Fuel retailing had the second largest fall, down 35% or $770 million.

These falls were followed by:

I for one, actually expected retail sales to fall by much more than 15% during the June quarter.

Yes, but you're only looking at the data subjectively. In the context of how it relates to the economy is a different matter. For example, if retail spend consistently rises up to 5% on a quarterly basis, then 15% is a significant fall (statistically and and literally). For many retail businesses to survive, a general economic precondition is that retail spend growth is positive and many businesses would even be at risk at low rates of growth, let alone negative. Furthermore, this is also about the supply chain, which is also negatively affected when retail sales growth is bad. So even if next quarter, retail growth is flat, that potentially spells the end for many businesses. Only time will tell.

New car sales are at very high levels - despite rental car companies not buying too many Toyota Corollas (owing to the drop-off in tourists).

I guess many people have the cash for discretionary spending.....

I, for one, saved quite a bit of money during the lockdown. But I'm saving it to buy a house - certainly not wasting money on a new car. Suggest that you follow my example.

Wait another 3 months and we will see a pattern now the easy money is over or will the government create a new program to delay the arrival of what most on this website expected.
Look at the graph above and it blows 2008-2009 away.
I am starting to see more signs retail is hurting and the good times after lockddown of spa and new bed purchases are over.

I am starting to see more signs retail is hurting and the good times after lockddown of spa and new bed purchases are over.

This type of discretionary spend is often linked to the wealth effect, particularly related to housing. Up to the GFC, one of my clients was a global manufacturer of home theater products. Sales were booming during the U.S. housing bubble. Fell off a cliff when the GFC hit.

“For a team of 5 million, that is equal to each person spending about $18 a week less on eating out over the June quarter,” Hicks said.

What's this ''team of 5 million'' bollocks about? Does everything have to be cool/hip now even from economists? Talk about indoctrination.

Yeah, about as annoying as the 'rockstar economy' we kept being told about for years.

The phrase 'Rockstar Economy' was first used by an economist. So no comparison as it was the opposite thing.

The team is starting to split as players on both sides choose a team.
Team 1 face reality or team 2 pretend we can stop it spreading and keep the country in fear.
Take a look at Uk/Sweden now they are adapting and have very few serious cases and hospitals are not overrun but we have tryed at very high cost to isolate the country and failed to remain covid free.
I am on team 1 that we need to manage it without shutting down hospitals and businesses etc as that in its self is just as damaging longterm.
How many people have had hospital operations postponed and how many businesses will start to fall over.
What happens when the next case arrives next week after this outbreak is eliminated.

I'm on team 'lets wait and see'. I'll admit that this status quo cannot be maintained forever but the ratio of deaths / cases is dropping - lets hope it drops further; the talk about vaccines is still talk but we will be getting results later this year, when the impact on survivors is measurable (how many are left with serious medical complications).

When the evidence is irrefutable that Covid-9 is uncontrollable, untreatable and not mutating into something less deadly, that we can change our policy from attempted elimination.

So at the moment we have 120 cases (and it's unlikely there's many undetected out there, with the amount of testing going on). Of those 120, 10 are in hospital with 3 in ICU. There's absolutely no chance our hospitals could cope with the number of hospital cases the "let it rip' plan would generate, let alone carry on with routine health care. Your plan is totally illogical. (And I believe Sweden coped during the peak of their outbreak by giving palliative care only for anyone elderly and even for over 60's if they had anything else wrong with them.)

"More policy support is needed to support consumer spending and we expect the OCR to fall below zero by next April and to remain below zero until the NZ economy looks to have conclusively turned the corner."
Hmmmmm.....

The more important question is who didn’t get access to loans and credit while all this NIRP magic was taking place. It’s a problem we’re already starting to see here in the US; big companies issuing bonds can borrow all they want and then some; same for banks lending them cash.

Everyone else though? Things are not good; really bad, in fact.

The yield on Corporate America’s bonds tumble while increasingly any mid-level company gets shut out of the credit market entirely. Liquidity bias also towards the bigger issuers at the expense of everything else; investors will buy every last bond at higher and higher prices offered by Big Inc. while completely avoiding Middle LLC in every credit format. “The” interest rate falls but for all the “wrong” reasons. Liquidity bias in the marketplace, not monetary policy, is what drives them downward…

The very fact that big companies are borrowing dizzying sums isn’t a good thing, either; they are, like their forerunners did during the thirties, building up as big of a liquidity cushion as they possibly can get away with. Not because they intend on splurging on productive investment (or hiring) in the near future, rather because they are battening down the hatches while they still can.

And now in Japan the central bank is paying banks a bonus to very likely further exacerbate this thirties-style fragmentation playing out in global credit markets everywhere. The big companies that are only borrowing to further pad their already substantial liquidity cushions are being further privileged by the central bank at the expense of the whole rest of everyone. Link

Once again, the institutional thinking displayed by the bank economists is that you can lower the cost of credit, then the great unwashed will spend up like there's no tomorrow.

These economists are not fools. They've been sucked in by their own dogma.

Good observation! It's also in stark contrast to the contraction after the GFC where volume dropped more than value (see graph). To me it points to discounting in order to achieve sales, which, as you mention is not good for profit

To me it points to discounting in order to achieve sales, which, as you mention is not good for profit

That is correct. Pricing and promotions are used to drive incremental sales or reach sales target, but are a cost to both mnfer and retailer. According to Nielsen, 40% of transactions related to FMCG are influenced by discounting and / or promotions since 2017. The writing has been on the wall for some time.

Looks like people are hunkering down. Probably second lock down jitters including job/no job concerns, crazy cost of a roof over ones head, company's restructuring all over the place, election imminent, foreign cashflow (tourism and housing) all but gone.

Surely not unexpected, even the Govt is doubling down on debt with repayment deferment extensions.

When the demand impact of falling incomes and job losses leads to back up effect on credit growth/contraction and hence defaults, THEN you will see impact of CV19. So far, practically zip of this has come through. From end of subsidies it will start. However, impact of tightening lending standards already apparent in Manakau end of market for buyers , plus % of increase/decrease at FHB bracket, which I have outlined in detail prev