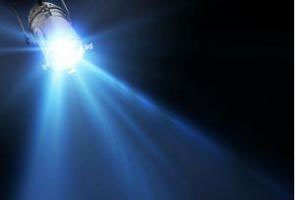 Loan sizes are up, less loan principal's being paid and more loans are going to investors.

These are three of the conclusions that can be drawn from movements in the country's biggest residential mortgage portfolio over the past two years.

Putting the spotlight on movements in ANZ's residential mortgage book, which now accounts for almost 32% of the market, provides an interesting overview of trends in the home loan market. Details released in the ANZ Group's recent annual results provide the opportunity to do this.

Comparing figures from 2013 to 2015 shows some interesting, albeit probably not surprising, trends against the backdrop of strong rises in Auckland house prices. Quotable Value figures show the average Auckland home value rose $242,100, or 36%, between October 2013 and October 2015, to $918,153. Over the same period, the average national value's up $95,033, or 21%, to $552,345. This also covers the period since the Reserve Bank introduced restrictions on banks' high loan-to-value ratio (LVR) residential mortgages.

Against this backdrop, investor loans as a percentage of ANZ's total portfolio have risen, as has the percentage of the portfolio paying interest only. And the average loan size at origination has jumped $59,000, or 24%, to $306,000.

In terms of investor loans, a 300 basis points rise over two years to 26% of the portfolio (as highlighted in the chart below) may not sound a lot. But in the context of the scale of ANZ's total mortgage book, it is. Reserve Bank data's showing a similar trend. This shows 34.4% ($2.239 billion) of nationwide residential mortgage lending during September went to investors, up from 28.8% a year earlier.

Figures released by the ANZ Group this year, with comparisons provided for 2014, show broker originated loans up to 31% from 28%. Having resumed working with mortgage brokers in May after a 12 year break, just 0.4% of BNZ's home loans came via a third party introducer as of September 30.

I suspect it is one of the reasons ASB just introduced that outlier 4.49% 3-year fixed rate term - it is trying to get those with greater than 20% equity to break in an attempt to re-balance its portfolio risk.

Seriously... 23% paying interest only?!? I didn't realise it was THAT bad!

would love to see that broken out to investors against owners

It seems unreasonable to me for a bank to want to lend almost a quarter of total loans to people that can't or don't want to pay principle on their mortgages. Luckily for them interest rates are probably going to stay low for some time but I can imagine some wanting to bail out when their 20% annual capital gain doesn't look likely in 2016.

I think both descriptions are overly generous.

We stopped paying principal when my wife had a child - just gave us a few more $ in our pocket at the time. I don't think that is a big deal especially with Auckland Capital gains.

Surely the word 'principal' in the headline is not a possessive, and thus needs no apostrophe. We're talking principals, plural of principal, here, and the 's' is attached.
.
Please amend.