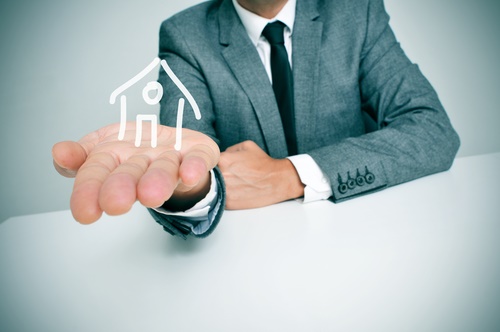 There was a sharp rise in the amount of money borrowed by investors for house purchases in the past month, new figures issued by the Reserve Bank show.

Ahead of new rules targeting Auckland investors, and coming into effect on November 1, the amount loaned to investors nationwide for house purchases in September was $2.239 billion - up from $1.989 billion in August.

Significantly, the proportion of lending to Investors surged to 34.4% of the nationwide total, up from 33.5% the previous month. A total of $6.5 billion was loaned for house purchases right around the country during the month.

In September last year purchases by investors accounted for just 28.8% of the total advanced.

These figures are, of course, national, while the Reserve Bank believes that in Auckland, investors have been accounting for more than 40% of house purchases.

RBNZ deputy governor Grant Spencer said recently that based on information from property information, analytics and services provider CoreLogic, investors accounted for 41% of Auckland house sales in June. This continued the trend that can be seen in this article from back in May.

The new rules taking effect from next week will limit Auckland investors to loans of no more than 70% of the value of the property they are buying.

Therefore it will presumably be of huge significance, and concern, to the Reserve Bank that the latest home loan figures, while showing a big surge in numbers of investor loans also show a big drop in high LVR lending - suggesting that investors are finding a way of getting bigger deposits to put down on investment properties.

In September loans of over 70% made up just 38.6% of the total loaned to investors, down markedly from 43.6% in August and from over 50% of the total as recently as June.

Separate RBNZ figures for September measuring the nationwide proportion of 80%+ LVR loans, show that banks are now massively under the 10% 'speed limit' currently in place - bearing in mind that this is about to be relaxed to 15% outside of Auckland.

The figures show that in September the 80%+ loans made up just 5.8% of the total after exemptions, down from 6.3% in August.

Since May the amount loaned for 80%+ LVRs has remained in the $450 milllion to $500 million range, while the overall total has risen, with the $6.5 billion advanced in September the biggest amount since the introduction of the LVR speed limit in 2013.

You underestimate their greed and stupidity.

Still hear people talking about how much the house down the road sold for so mine must be worth x yawn. Logic has been absent from the Auckland market for awhile, I dread when it turns if a lot try to bail at once

Just been told by a Real Estate Agent that Auckland is dying and "Investors" now moving into provinces instead to take a big bite.... Statistics will tell us...one day...if this is true...or just hype.

I have a friend who has a few houses in provincial cities, he's not convinced AKL buyers are going to change much, rents are low and availability is high.

Here in Rotorua Estate agents are telling me Auckland investors are buying. I also have proof in that I have one friend who has sold her house, she had 3 offers all from Auckland and another friend was after a property but that was bought by an Auckland investor.

There is still a hype that you need to invest in rental property or you will miss out,
that being said it is a worldwide problem with cheap credit feeding it, once that stops then what?

Lee Adler
Sentiment and liquidity go hand in hand and trader attitudes can and do change over time. Rising liquidity tends to foment increasingly bullish attitudes and behavior. That can cause liquidity to increase even faster as speculators and business increase the leverage ratio of their collateral. In other words they borrow more and buy more. That's what credit bubbles are about.

But the process can also work in reverse. When some speculators and businesses become suspicious of current conditions they begin to delever. They sell assets and pay off loans. That extinguishes deposits and liquidity growth begins to slow. If that trend gains a foothold, systemic liquidity may stop growing completely, and on rare occasions liquidity may begin to decline. The process of falling liquidity actually begins with a subtle shift in the attitudes and behavior of a few market actors.

Under the current circumstances, we could see overall macroliquidity levels begin to decline as economic actors and leveraged speculators opt to pay down debt and delever if they grow increasingly suspicious of the current level of stock prices relative to the underlying conditions, including how they view the ability of central banks to keep stock prices levitated.

Eventually, shifting attitudes lead to changes in market behavior, which ultimately may evolve into forced liquidation. As prices fall, collateral values fall and the margin calls go out. That actively destroys money and liquidity as deposits are used to pay down outstanding debt. Whether central banks would deploy enough monetary armament to offset that would depend on whether enough traders believe that it will work.We're seeing hints that some traders are starting to jump off that "faith in the central banks" bandwagon, the bandwagon that we first recognized 6 1/2 years ago. In the weeks ahead we should learn just how far the old bandwagon can take us before the wheels fall off.

Interesting properties. At a rough guess they're only utilising around 5000kgsDM/ha and that's not allowing for the bought in feed. And damn that land looks hard going. I have a daughter managing not to far from there, can't wait to get down there for a look.

Now we get to find out how many conversions were on marginal land. Could be worse, could have gone into grapes, where oh where have the Chinese gone?

That headline should have read: The scourge of property investors

I was at an open home for 4 brand new units in Wellington this weekend. Started chatting to 3 different parties who were looking - all were purchasing for investment and all had come down from Akld for the long weekend.