Given not everyone plays fair when it comes to international trade, Ryan Greenaway-McGrevy probes the TPPA's trade remedies

Given not everyone plays fair when it comes to international trade, Ryan Greenaway-McGrevy probes the TPPA's trade remedies 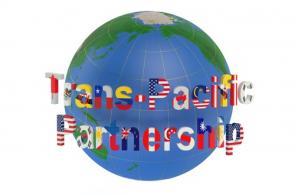 This is the twelfth in a series of articles Interest.co.nz has commissioned reviewing the key chapters and issues for New Zealand in the Trans-Pacific Partnership Agreement (TPPA). Links to all the analysis in this series are below.

Chapter six of the TPPA (Trade Remedies) covers safeguards, anti-dumping duties and countervailing measures, which are mechanisms that can be used to obstruct imports under special circumstances.

For the most part, the TPPA borrows heavily from existing multilateral trade agreements for the protocols governing the implementation and use of trade remedies.

Many trade agreements give governments the ability to temporarily re-instate various protective measures (such as import tariffs) if trade liberalisation is wreaking havoc on their domestic industries. These so-called safeguards are intended to give policy-makers and firms some time and space to make necessary changes before returning to face the increased competition from overseas.

Safeguards are covered under Part A of the chapter. Under Article 6.2 the agreement incorporates the existing safeguard measures created under Article XIX of the General Agreement on Tariffs and Trade (GATT) and the World Trade Organisation’s Safeguards Agreement. The remainder of the chapter relates to transitional safeguards which are specific to the implementation of the TPPA. Transitional safeguards can generally only be invoked in the first three years after the agreement comes into force. They can, however, be applied to some specific imported products for the period over which the tariffs on the product are to be eliminated or reduced.

So under what conditions can a government invoke a transitional safeguard under the TPPA? Article 6.3 stipulates that these can only be invoked if an increase in imports resulting from the reduction or elimination of a tariff causes or threatens to cause serious injury to domestic producers of the product. Article 6.3.2 then outlines the two forms of transitional safeguards that can be put in place. These are either: the suspension of any further reduction of a customs duty on a good provided for in the agreement; or an increase in the rate of a customs duty on that particular good (provided it does not exceed the most-favoured- nation rate).

If, for example, there is a surge in our seafood exports to Japan after the TPPA comes into effect, Japan may be allowed to temporarily re-instate tariffs in order to protect its fisheries and aquaculture industries.

There are, however, additional conditions that must be satisfied before such a safeguard can be used.

Transitional safeguards cannot be used in conjunction with other safeguard measures prescribed elsewhere in the TPPA or other multilateral agreements. (For example, the US has recourse to specific and separate safeguards on agricultural products under its annex to the Goods Market Access chapter.) Article 6.2.5 states that no Party can apply two or more of the following measures on any good at the same time: a transitional safeguard measure; a safeguard measure under Article XIX of GATT 1994 and the Safeguards Agreement; a safeguard measure set out in a Party’s specific appendix on tariff commitments under the Goods Market Access chapter; or an ‘emergency action’ under Chapter four of the TPPA (Textiles and Apparel Goods).

Transitional safeguards are, of course, only intended to be temporary measures, and Article 6.4 limits the length of time over which a safeguard can be implemented. A safeguard measure generally cannot be applied for more than two years (although this can be extended to three years under certain conditions), and it cannot be applied to the same good more than once.

Subsequent articles in the chapter outline the protocol for implementing transitional safeguards. Under Article 6.5 no Party can apply the measure without an investigation undertaken in accordance with the WTO Safeguards Agreement. Under Article 6.6 a Party using a safeguard must notify the affected Parties. In addition, any Party that has a safeguard placed against it has the right to consultations in order to review the safeguard.

Safeguards must appear to be an appealing prospect to politicians faced with increasing job losses due to liberalised trade. But there are some explicit costs that come with invoking this protection under the TPPA, which may dissuade politicians from abusing the measure.

Article 6.7 covers compensation, and states that a Party must offer “mutually agreed trade liberalising compensation in the form of concessions”. So if one country re-instates import tariffs on a specific product as a temporary safeguard, then it may have to reduce import tariffs on other products. If the two Parties cannot agree on the compensation, then the Party whose good has the safeguard enacted against it can suspend concessions against the other country.

Not everyone plays fair when it comes to international trade. Governments can help their exporters undercut the competition by directly subsidizing their exports. Or exporters can ‘dump’ their product on international markets at an artificially low price, perhaps in an attempt to drive the foreign competition out of the market so that they can charge higher prices in the long-run. Trade agreements sanction various forms of retaliatory measures in response to these attempts to tilt the playing field.

Under these existing agreements a country must first show that a transgression has taken place before implementing retaliatory measures. Technically, dumping occurs when a product is exported to another country at a price either below the price charged in its home market or below its cost of production. Establishing either the cost of production or the home market price can be a tricky – and controversial – business. Meanwhile, many states implement industrial policies that blur the line between the market and the state, making it difficult to identify export subsidies in the broader web of government policies affecting market prices. Reality is always far more complicated than the language of international agreements.

Foreign export subsidies and dumping clearly pose a threat to domestic firms trying to compete with cheap imports. But it is important to remember that these practices result in much lower prices, which can leave a few more dollars in the pockets of households.

Interestingly, our government has recently introduced a public interest test to our anti-dumping protocols. This effectively means that the government will not impose anti-dumping duties on imported goods if the benefit to consumers can be shown to outweigh the costs to local producers. This does not, for example, preclude us from implementing various trade remedies should a glut of foreign cheese end up in our markets. But it does imply that the welfare of both consumers and those employed in the dairy sector would be taken into consideration when weighing up our response.

The use of trade remedies can escalate into trade wars

Countries usually do not react kindly to having safeguards, anti-dumping duties or countervailing measures applied to their exports. The recent US-China-EU saga over steel exports exemplifies the inherent controversies of these trade remedies – and how tit-for-tat retribution can quickly escalate into a trade war.

Chinese steel is cheap, for a variety of reasons. However, the Obama administration is of the opinion that Chinese steel is cheap, in part, because of government subsidies. In 2015 it initiated an investigation into potential subsidization of cold rolled steel imported from China and several other countries, and concluded that Chinese producers benefit from a rather substantial 227% subsidy. Countervailing tariffs of 267% were imposed on steel imports from China on March 1st, 2016. Then, citing Chinese refusal to cooperate in further investigations, the administration recently bumped these tariffs up to 522%.

Emboldened by these US moves, European steel producers and unions have put pressure on the EU to impose similarly hefty anti-dumping duties on Chinese steel. The EU has a 16% anti-dumping duty on cold rolled steel, and recently imposed another moderate tariff on rebar – a product used to reinforce concrete – that hurt Chinese exporters. China responded by following through with an earlier threat to invoke a safeguard measure, and imposed a 46% tariff on another form of hi-tech steel, which will hurt steel makers in the UK. Perhaps for this reason, the UK is one of fourteen countries in the EU opposed to further increases in duties on Chinese steel.

Looming in the background of this latest spat is a coming battle over whether China will attain “market economy” status in the WTO later this year. If this happens, it will make it harder for China’s trading partners to apply anti-dumping measures to its exports.

The US, Canada, Japan and the EU all oppose China reaching market economy status. Needless to say, China disagrees. Chinese officials argue that a specific clause in China’s Protocol of Accession to the WTO requires all countries to afford it market economy status fifteen years after it joins the WTO. Because China joined in late 2001, this date is set to be reached later this year. But, as discussed by the Petersen Institute for International Economics, US and EU lawyers read the text differently.

It seems international litigation is inevitable. Watch this space.

LOL the headline is a case of the stating the obvious . And the worst culprits are among our biggest trade partners