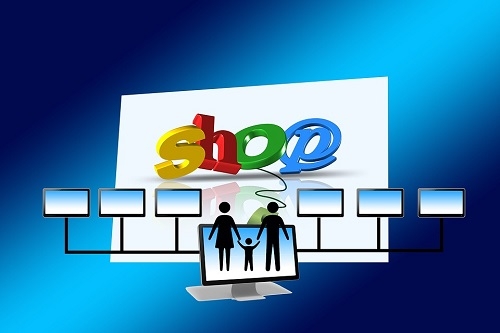 BNZ economists are pointing to a new survey as evidence of how New Zealand is able to import global deflation.

The BNZ, in conjunction with Marketview, produces a monthly survey of on-line spending.

The latest survey shows that online spending by Kiwis at UK sites surged in the week immediately following the ‘Brexit’ referendum held on 23 June (UK time).

Spending was up 47% compared to the same week a year earlier. And if the Kiwis’ online spending is looked at in terms of UK pounds rather than NZ dollars, spending at UK sites in the last week of June was up 78% - a considerable increase on the same week last year. (The below graph can be seen in bigger version in the survey report linked to above in this article)

BNZ head of research Stephen Toplis said the BNZ economists thought this month’s survey was "particularly interesting" as it showed a major change in online spending patterns as a consequence of the slump in the Pound post Brexit.

"This provides very clear evidence that the currency really does matter when it comes to consumer spending and adds further to our premise that New Zealand is particularly adept at importing global deflation."

The Reserve Bank has in recent times grown more noticeably perplexed by why the traditional inflation transmission mechanisms no longer appear to be working.

It has now been below its 1%-3% inflation target range for nearly two years. And this pattern doesn't seem likely to end any time soon.

The RBNZ has latterly been putting out a lot of research work on inflation and the drivers of it.

And in the latest statement of corporate intent, the RBNZ has in its list of priorities for the 2016-19 put at number 1: "Continue to deepen our understanding of the current drivers of low inflation and their consequences for the economy and monetary policy."

This priority did not appear in the list of priorities that the bank included in last year's statement of corporate intent.

The RBNZ says that a protracted, very subdued economic recovery in the aftermath of the global financial crisis has led to significant falls in international commodity prices, and central banks around the world are grappling with a low inflation environment, despite unprecedented monetary stimulus.

"The Bank will undertake work to better understand the international and domestic drivers of inflation and the implications for monetary policy, and to ensure there is wide understanding of the Bank’s policy choices."

Returning to the BNZ/Marketview online survey, the post-Brexit splurge was widespread across retail categories. Key categories which saw particularly large rises were:

The survey report said movements in the exchange rate were "clearly a key factor".

Just prior to the ‘Brexit’ vote the exchange rate was 0.49 UK pounds per New Zealand dollar. The NZ dollar was 12% stronger against the pound compared to where it was 12 months earlier.

The pound weakened immediately on the ‘Brexit’ results. The exchange rate ended June at 0.54 UK pounds per New Zealand dollar, which meant the NZ dollar was 24% stronger against the pound than it was at the end of June last year.

"On the one hand, the stronger Kiwi dollar lowers the spending level in NZ$ terms, because the same goods now cost less NZ$. But on the other hand the lower NZ$ prices can drive Kiwi’s to purchase higher quantities of goods, which pushes up the spending level. Clearly this second effect has dominated," the report said.

"To check that the late-June spending surge was a UK phenomenon we also looked at Kiwis’ online purchases from the rest of the world. In the last week in June this was up 14% on the same period in 2015 (in NZ$ terms), which is well shy of the 47% increase experienced at UK sites.

"It will be interesting to see the extent to which the upsurge in UK purchases persists. In this respect, Marketview will be releasing a report in coming weeks which will look at the trend over July."

I went to buy a bike tube today but the fancy bike store on Carlton Gore had a "For Lease" sign on the window. Lucky for me a colossal "Look Sharp" store has opened near the corner of Khyber pass and Broadway so I was able to get what I wanted for a fraction of the price.

Well that really doesn't come at any surprise to me. Considering that amount of mark up price increase that is placed on goods in NZ retail stores. I stopped buying clothing, books and DVD's here along time ago, since I find prices here are just extortionate.

And now most of the UK large department stores such as; House of Fraser and John Lewis etc... have lowered their international shipping costs down (Usually £10 delivery to NZ) to be more competitive and usually have big online sales up to 70% off. And of course you have Amazon where books and DVD are at less then a third of the price they are here even with the NZ online stores like Mighty Ape.
So yes if you want to make use of the high Kiwi dollar and a low Pound then it makes sense to shop online.

...RBNZ has in its list of priorities for the 2016-19 put at number 1: "Continue to deepen our understanding of the current drivers of low inflation and their consequences for the economy and monetary policy."

The RBNZ says that a protracted, very subdued economic recovery in the aftermath of the global financial crisis has led to significant falls in international commodity prices, and central banks around the world are grappling with a low inflation environment, despite unprecedented monetary stimulus.

Can we safely categorise the RBNZ and their collective central bank cohorts as dumb and dumber?

...the decline of interest rates to zero corresponds with a monetary imbalance in favor of deflation, if at least an abundance of deflationary pressures. This is something that Milton Friedman also talked about, particularly in 1998 with regard to Japan. He called it the interest rate fallacy, meaning that low nominal interest rates signify "tight" money conditions, or what would be consistent with significant deflationary pressure. It is and remains a fallacy because economists like those at every central bank around the world have decided instead that low rates are only "stimulus."

To correct this view, Friedman pointed out the basic, non-trivial distinction between a liquidity effect and an income effect. Low rates can be stimulative in the short run (the liquidity effect), but over the long run their persistence means something far different. A yield curve is supposed to be upward sloping given the core time value of money and investing. That arises from opportunity cost, meaning the more plentiful the opportunities the greater the time value and the steeper the curve (the income effect). Yield and/or money curves (the eurodollar curve and even the history of the OIS curve) that collapse and remain that way unambiguously demonstrate that "stimulus" deserves only the quotation marks.

Quite a good article linked there. Our own Reserve Bank Governor has been blaming reality for not conforming to his economic models for some time. That is to be expected though as economics isn't a science. No doubt bank and central bank economists will struggle to understand reality for the foreseeable future.

I like Steve Keens analogy - To break out of a car skid you might have to counter intuitively turn into it, and so it goes with interest rates. Because continuing to cut rates will just exacerbate the Japan style negative feedback loop which leads to more deflation.

Ummmm, surely it shows that New Zealand is good at taking advantage of (temporarily?) lower prices when the opportunity arises. Rather like shopping at Pak'n'Save.